The Russians are the ones who, having taken a direct military role alongside Damascus in 2015, have done most to defeat ISIS and perhaps, more importantly, the other rebel forces.

The Turks will want to ensure that they can maintain a military presence in northern Syria to watch over Kurdish separatist ambitions. Israel keeps the Golan and Iran wants to ensure their Tehran-Baghdad-Damascus-Beirut axis is strengthened.
This is the part which Israelis, Americans and Saudis will find problematic; and this is where the next conflict could probably begin. 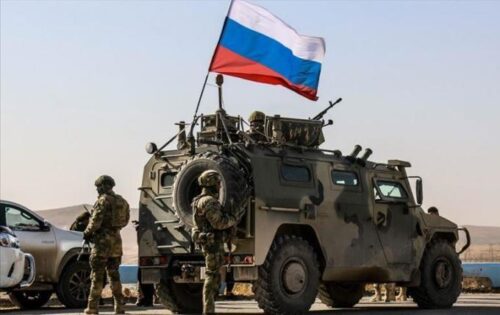 Russian forces patrol near the city of Qamishli, north Syria,

Russia will agree to what guarantees stability, but its interests do not coincide entirely with Tehran. Russia appears to have received the White House’s go-ahead over Syria’s integrity. President Trump agreed with Putin that Syria should not split up into parts, which would compromise the already delicate regional equilibrium. After all, it was ISIS which was trying to re-draw the region’s map, scrapping the Sykes-Picot agreement. Moscow has managed to overcome Syria’s total collapse.
The Russians have learned from the Americans’ mistakes – and those of the Soviet Union – in Iraq and Afghanistan. Thus, they see the need for the winning forces not to act too greedily. The Americans failed in Iraq because they dismantled the Baath and the Iraqi army, forcing them into hiding and resistance. 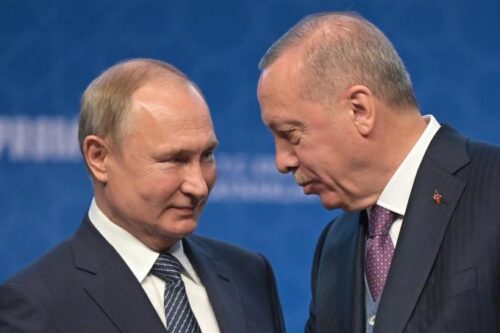 By compromising with some of the opposition groups, especially the Kurds, Bashar al-Assad could have a better chance of weaving a ‘peace’ through incentives rather than encouraging the opposition to remain in the shadows, seeking to carve out their own zones of influence. Russia will keep its bases in Syria at Latakya and Tartous. That was always one of the goals of its intervention.
The Gulf monarchies, Saudi Arabia heading that group, backed and encouraged the war against Assad (and Hezbollah, Iran). They have lost. They might get some stale leftovers, not even scraps, should there be UN negotiations.  Finally, Putin’s diplomatic chess managed to secure Turkey’s backing for the Russian plan.