Economically, with a per capita GNP of around $5,000, Guyana is one of the poorest countries in the world with much internal inequality between the shanty towns and the rich financial centres. Almost 40% of the population lives in poverty and the country is in 125th place according to the UN index of development.

The economy is mainly agricultural. Agriculture is responsible for 40% of GNP with rice and sugar cane among the principal products of the sector. Sugar cane cultivation takes up most of Guyana’s agricultural lands.
Other important activities for the economy of the country are the production of rare woods, shrimp fishing, though in decreasing amounts and the production of textiles. In contrast with the poverty of the population, the country is rich in mineral resources. In fact, Guyana has some of the largest gold mines in the world including the Aurora Mine, the Omai Mine and the Toroparue Mine. Diamond deposits are also present as well as bauxite of which around two million tons are exported annually. There is little home production and all sorts of goods must be imported – food, fuel, manufactured goods, etc. – mainly from the United States and Trinidad. 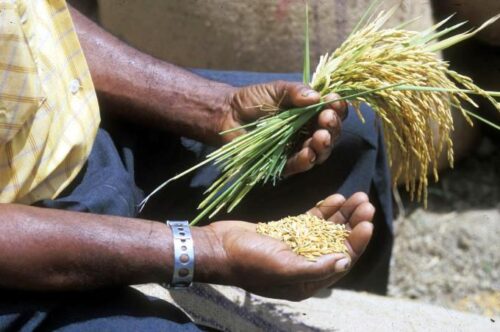 In the nineties, a plan for economic reform was launched to guarantee constant growth which reached its peak of 7% in 1977. The plan, whose objective was to attract foreign investment to re-launch the main production sectors, was based mainly on privatisation and the granting of licences for forest and mineral exploitation. In addition, an industrialisation strategy was introduced for the production and export of goods with greater added value but this failed to achieve positive results. The country is also rich in petroleum deposits which have been explored in recent years. In Guyana, the petroleum sector was never considered important in the history of the country. The governments in power preferred to devote their attention to other sectors such as the above-mentioned bauxite and sugar.
In the early nineteen hundred, the British preferred not to explore the petroleum resources of Guyana, preventing any possible action even from abroad by means of the British Mineral Oil Regulations launched in 1912. However, in the thirties, these restrictions were reformulated perhaps due to the success of Venezuela which, in a matter of eight years, from 1921 to 1929, increased its oil production from 1.4 million barrels to around 13 million. The first explorations took place in the forties with results that were far from impressive. 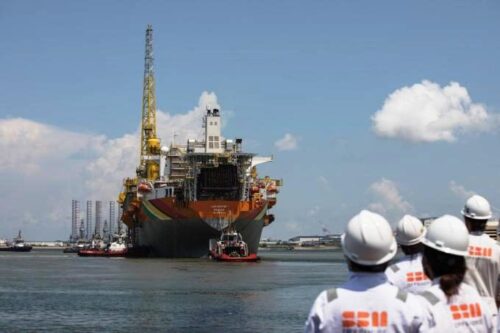 In 1981, the government announced that it wished to go ahead with the creation of a national oil company but nothing further was heard about it. In 1999, the then President Bharrat Jadegeo signed an accord with the US Exxon Mobil for the exploration of the vast offshore area of around 26,800 square kilometres nicknamed Stabroek Jadgeo. Exploration work went on for some years without the hoped-for results at first. For this reason, together with the collapse of oil prices, there was a change in the partnership of the project which brought in the Royal Dutch Shell which decided, in 2014, to leave the country, selling its quota for one dollar to the Hess Corporation, an American oil company and the Chinese CNOOC company which took 30% and 25%, respectively. The newcomers gave new impetus to the partnership which started work in March 2015 with the exploration of the Liza-1 well, 125 miles from the coast which, in two months, succeeded in finding oil and discovered about twenty more wells that have made Guyana the country with the largest oil reserves in the world. It is estimated that Guyana could produce 6 billion barrels of high-quality oil of a type that is light and easily refined, more than Kuwait produces per head. Oil in such quantity and such quality could make Guyana, as the US Ambassador to Guyana said, the richest country in the hemisphere, if not the richest in the world. In 2017, Saipem also became part of the project with a contract worth $880m signed with Esso Exploration and Production Guyana controlled by ExxonMobil, for the development of undersea structures in the Stabroek Block. 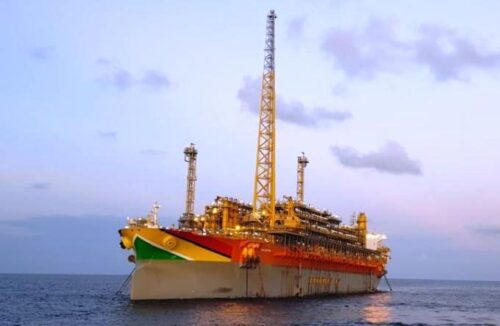 These huge resources have caused an enormous increase in economic growth which, despite the pandemic of 2020, grew by 52% and, according to IMF estimates, ought to reach impressive levels even of 85.6%. The estimates of Exxon Mobil are also impressive, suggesting a production rate of around 750,000 barrels per day by 2025, a rate equal to a barrel per day for every person in the country.
Nevertheless, it is necessary to point out that 75% of production in the first years must go to repaying the exploration and production costs incurred by ExxonMobil and its partners, while the remaining 25% will be regarded as profit with 50% going to the government. The agreements stipulate a royalty of 2% of gross profits which will bring the government’s share to 14,5% of the total income.
This percentage ought to increase with the passage of time as foreseen by the IMF and the government itself which estimates an income of $5 billion by 2025, to be managed by a sovereign fund and used for the energy transition of the country.
However, as an institution, the country seems to be weak and ill-prepared to take on a challenge of such huge dimensions as prevail in the petroleum industry, with a set of laws going back to the eighties and an Energy Department which has hitherto managed an annual budget of two million dollars. From this point of view, it will serve to bear in mind what happened in other countries where huge quantities of crude oil encountered weak institutions and, instead of increasing the well-being of the country, brought about corruption and its decline. Unfortunately, Guyana has neither the experience of oil production nor the infrastructure to handle this crisis. (F.R.)