Cities built from nothing in the desert, vast infrastructure created, gold mines opened, arms and steel production, the commercialisation of consumer goods from such various materials as foodstuffs, domestic appliances and medicine.  The huge empire controlled
by the military.

The military control the means of transport and exact payment for the use of the motorways, permits for the use of government lands, investments in the business of religious pilgrimages and the film-making sector as well as joint ventures in various activities with national and foreign private companies. It is an economic empire which, ever since the 1952 Free Officers coup which brought Gamal Abd el-Nasser to power, has not ceased to grow. Today, under the command of former general Abdel Fattah al-Sisi, it is much more than a ‘shadow economy’. 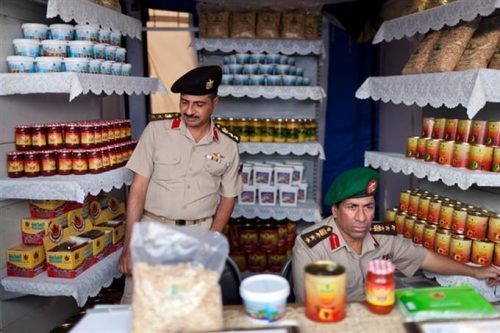 If we are to go by the latest official data published by the Cairo authorities, in 2016  the overall value of the Egyptian military economy is valued from 1.5% to 2%  of GDP, with a volume of business generated by goods produced and services rendered by the Ministry of Military Production (MOMP), by the Arabic Organisation for Industrialisation (AOI), and by the Ministry of Defence, estimated as between 3.32
and 6.64 billion dollars.
It is a more complicated matter to quantify the income from the dense network of agreements drawn up by the military establishment with companies belonging to the public and private sectors, and with all those subjects to which the army opens the door for the granting of state contracts in return for substantial payments – third party transactions that allow the armed forces to control a large slice of the national economy amounting at least to 20%. 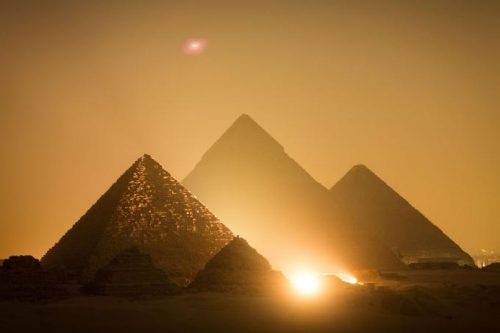 Since Al-Sisi came to power in 2013, the number of orders obtained from the state by the army has soared, especially in connection with mega-projects. In parallel, the armed forces have been facilitated in obtaining public funds and in placing their men on the administration councils of private and start-up companies. While, in the time of former president Hosni Mubarak and his son Gamal, the military were part of an accord with the National Democratic Party for power-sharing, in that of  Al-Sisi  they have actually gone to a higher level. They now directly influence the political and economic decisions of the government, with the advantage of not having to subject their actions to the judgement of the civil magistrature or other institutional organs. From the moment he was elected president in May 2014, Al-Sisi has tried to shake up the Egyptian economy by devoting a quarter of public expenditure to the construction of vast infrastructure and ex novo cities, such as the enlargement of the Suez Canal and the new administrative and financial capital to be built about 40 km east of Cairo.
He has also acted decisively in response to the widespread demand for foodstuffs and medicine. 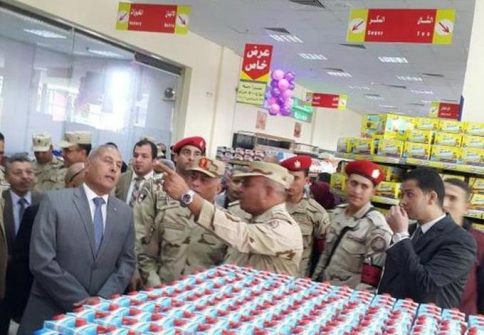 In order to do all this he conveniently handed the keys of this shock treatment to the army, since it was more ‘honest’ and ‘practical’ than the corrupt bureaucracy of the Egyptian state. Populist slogans these which, while reflecting the basic truth, allowed Al-Sisi to easily open a breach in public opinion, so disappointed after the short experience of government under Mohamed Morsi and the Muslim Brotherhood, interrupted by the coup of 2013.
Analysts agree that such a high profile presence of the military in the economy represents, however, more of a brake than an advantage for the country. The military have the know how to carry out large-scale engineering projects but their balance sheet showing their management of public funds is still in the red. The futuristic floods of cement ordered by Al-Sisi, the only visible effects of which at present amount to forced evictions from the Nile Valley for the construction of new residential settlements with unknown environmental damage, caused an increase of 54% in public loans from Egyptian banks and foreign institutes of credit. 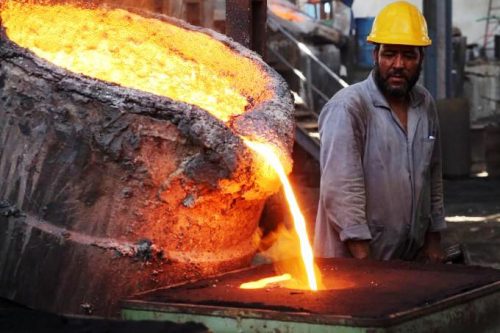 This unbearable burden has been largely responsible for halting the growth of GNP pro capite, which grew by only 50%, from 1998 to 2018, as compared to 600% achieved by other emerging economies such as Turkey and Malaysia. Above all, the greater wellbeing Al-Sisi had promised when he took power from the hands of the Muslim Brotherhood never materialised, as is shown by 60% of Egyptian citizens who are still living in poverty. According to Emily Hawthorne, an analyst of the geopolitical and intelligence observer Stratfor, the danger of this strategy is to “create a monopoly, which, in the long run, would no longer be trusted by foreign investors. If the economy were to become very unstable – she explains – we could not rule out that this state of affairs could spark a popular revolt against the military elite”. At the moment, this is a remote possibility. Having last year brought about the approval of an amendment to the Constitution allowing them to intervene at will to ‘protect democracy and safeguard the fundamental components of the state’, the military are guaranteed a free hand to suppress any possible form of future dissent. 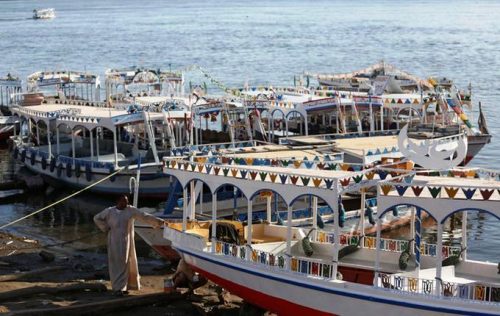 It is difficult to tell whether Al-Sisi is the protagonist or the hostage to this mechanism.  Here in Cairo people believe that, ‘The President is in power and will continue to be so as long as the military support his initiatives. As long as they see him as useful for their purposes, he will remain in control. The opposite also holds true and he can be substituted by someone who best serves their aims and interests’. This is a real possibility against which the president knows he must guard. In the past, his predecessor, Hosni Mubarak, tried to free himself from the army to concentrate greater riches in his hands and those of his family. He was removed by a coup.