Today, there are 40,000 inhabitants in Tivaouane, 100 km north-east of Dakar, the holy city of the Senegalese Tijaniyya.
Each year, it receives millions of the faithful coming for the Gamou,
the great pilgrimage during which the birth of the Prophet of Islam
is celebrated.

As many as 49% of the Senegalese are members of the Tijaniyya Brotherhood.The Tijaniyya is a ‘Sufi Way’, founded by the Algerian Ahmed Tijâni (1737-1815). A learned descendant of the Prophet, at the age of forty-six, he was called by Mohammed who appeared to him in a vision and ordered him to follow him and to guide people in the right path as a ‘Hidden Pole’ (the name traditionally given in Islam to an intermediary between men and the prophets). 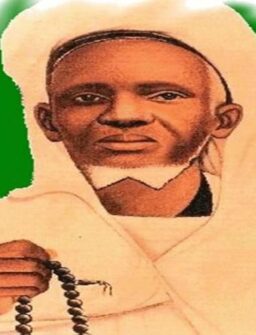 The Tijaniyya is a ‘Sufi Way’, founded by the Algerian Ahmed Tijâni.

The international centre of worship is Fez, in Morocco, which is also the residence of the Head Caliph, Sidi ‘Ali Tijani, better known by the name of Sidi Bel ‘Arbi Tijâni, who has been in office since October 2010. He is the twelfth General Caliph. Spread through North Africa and in Arabia, the Tijaniyya penetrated West Africa thanks to Sheikh Ornar Foutiyou Tall (1797-1865), a controversial figure who is  an erudite hero of Islam and a native of the kingdom of Fouta Toro to the north of present-day Senegal. After a long journey to Mecca, during which he was initiated into the Tijane tariqa, Ornar Tall travelled the length and breadth of the territories of present-day Senegal, Mali and Guinea, fighting against the French colonialists and the animist kingdoms, preaching the authenticity of Islam and the uniqueness of the Tijane Way and obeying the order received in a vision from the Prophet to wage a Holy War. He is believed to have mysteriously disappeared in the caves of the Bandiagara Cliffs in Mali. 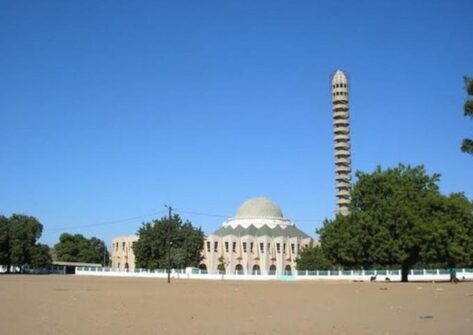 The spread of the tariqa throughout Senegal was due to Malick Sy (1855-1922). As well-versed as his predecessors, he formed his disciples at the centre of worship in the city of Tivaouane and still the reference point of the Tijaniyya in Sub-Saharan Africa. Malick Sy built zawiyas (mosques and popular universities) also at Dakar and Saint-Louis.What demonstrates the continuity in time of one of the distinguishing aspects of the Tijaniyya, the central place of instruction and teaching, is the nickname ‘Borom Daraji’ (‘the professor’, in Wolof) attributed to the General Caliph, Serigne Mansour Sy, who died on 8 December 2012, considered one of the most learned leaders in the country. In January 2013, he was succeeded by his brother Sheikh Tidiane Sy. On 15 March 2017, he died and was replaced by Serigne Babacar Sy Mansour who became General Caliph.

Two parallel caliphates
At the symbolic and spiritual level, the caliphate of the descendants of Omar Tall, with its centre in Louga, is also recognised. The actual Caliph is Thierno  Mountaga Daha Tall. Another group of Tijane, also influential in other countries, is made up of the Niassene, of the Niass family, who founded it. The numerous Niassene scattered in Guinea, Mauritania, Gambia, Niger and most of all in Ghana and Nigeria, are disciples of Ibrahim Niass, known as Baye Niass (1900-1975). 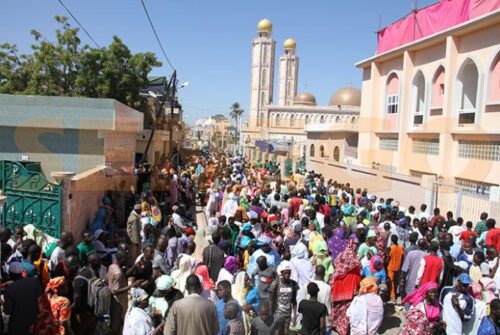 The pilgrimage carried out in Tivaouane by all the Tijane of Western Africa is that to Gamou, in which the anniversary of the birth of the Prophet is celebrated.

After the death of the father Abdoulaye Niass in 1922, who had already created the base of the cult and built a mosque at Leona Niassene, which represented a quarter of the city of Kaolack, the post of the first Caliph fell to the elder brother of Baye Niass. However, in 1929, Baye Niass proclaimed himself the one to continue to work of Ahmed Tiyani on Earth and left Leona Niassene to found his own centre of worship a few kilometres away, thus creating the quarter of Medina Baye.
Ever since then, two parallel caliphates continue the dynasty of the family: Ahmed Tidiane Niass, son of Baye Niass, was the recent Caliph of Medina Baye, until his death on 20 August last. He was the fourth Caliph of Medina Baye and El Hadji Ibrahim Niass, son of the Caliph, is the Caliph of Leona Niassene. 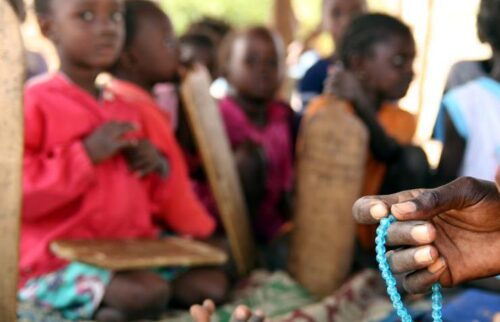 Generally speaking, the Tijane Brotherhood defines itself as ‘The Way of the Koran’, the spiritual journey (turbiya) towards God, which contains directives that are more consistent and more closely connected to the sacred text. One of the main duties of the adherent is the practice of the wird (twice a day they recite formulas asking forgiveness of God and prayers of the Prophet) and the Zikr, an abbreviated form is that of the wasifa, recited collectively in the mosque. The pilgrimage carried out in Tivaouane by all the Tijane of Western Africa is that to Gamou, in which the anniversary of the birth of the Prophet is celebrated. (L.d.M.)

Making a Common Cause with the Poor and with the…

About thirty members of the Comboni Family (Lay, Secular, Religious, men and women, from Africa, America and Europe), met  from July 27 to August 3,…

Why all the cows belong to the Maasai.

In the beginning, the Maasai did not have any cattle. One day God called Maasinta, who was the first Maasai and said to him: “I want…

The new Latin American generations are following the invitation of Pope Francis to "be proud of the history of their peoples". Two examples of sustainable development…