With a Catholic population of over 80% of its 100 million inhabitants, the Philippines has a special character. With an identity that is due equally to ancient colonisation from Spain and more recent colonisation by the United States, it is, from the usual Asian viewpoint, an outpost of Westernisation in the Orient.

The archipelago, in the almost thirty years since the visit of Pope John Paul II, the leader of a most exciting World Youth Day in 1995, has witnessed the search for a compromise between the interests of the few and democracy, between limited resources and development, between potential and excessive limits, while emigration continues to send millions of Filipinos abroad who send back the billions of Euro so necessary for the economy. These problems were mentioned by Pope Francis during the days of his visit to the archipelago in January 2015, as well as the ancient and new problems of poverty, marginalisation and violence. These issues, in a society in rapid evolution, create a number of challengers for the pastors of souls. 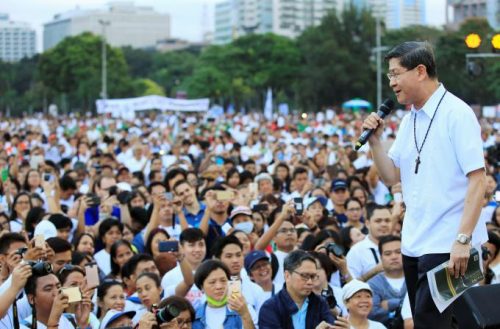 The emphasis on ecclesial activities and the traditional patronage of families and groups have had, and still have today, an essential role in the life of a large part of the local Church, organised in 86 ecclesiastical circumscriptions (141 bishops) and 3,000 parishes, with over 9,000 priests, 6,000 religious men and 13,000 religious women. This number of clergy is insufficient to meet the needs of a Catholic Church that is not only exuberant but also very active and would need, according to estimates, 25,000 priests. This is reflected in the archdiocese of Manila that has 240 priests for three million faithful.
It is a church that is also very missionary and also faced with the influence of Christian sects that promote wealth “here and now” in anticipation of greater reward in the life to come, while there is a  decline in the role of the “nationalist churches” such as the Church of Christ, catholic in form but now independent. 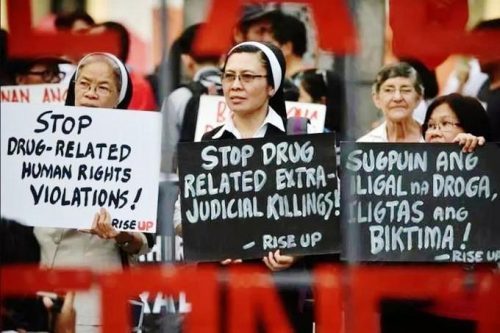 The prestige enjoyed by the Philippine Church today is not only the product of history but also the fruit of a journey it has made in recent decades. After the fall of the dictatorship in February 1986, overall it has been a stimulus towards democracy and has promoted human and civil liberties, without abandoning its principles or its own identity. In brief, its choice of being the “Church of the Poor” and the “Church of the Youth”, the two major components of Filipino society, has marked church commitments and decisions during the past twenty five years. 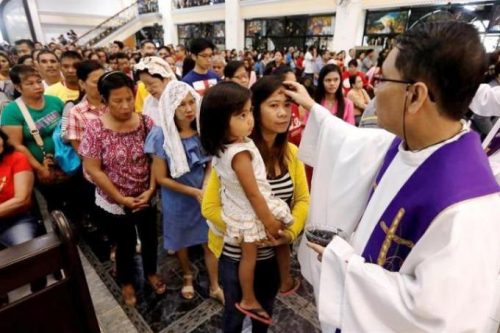 In uncertain times, the Church is called to face openly the evolution of society and the Christian identity of the country. Defeat in the more than decade-long fight to prevent, in 2013, the controversial law on responsible procreation that allowed the use of contraceptives, was a strong stimulus towards redefining relations with the political powers, society and ways of being present and participating. Battles concerning divorce, abortion and marriage between homosexuals are now expected.
Inevitably, the local Catholic Church is called to confront other faiths, especially Islam which, concentrated in the south of the country, provides an identity for 5% of the population. Dialogue with Moslems has produced interesting and, at times, fruitful initiatives, hindered not only by the depth of historical divergences but also by fundamentalist influence and interests foreign to religion, which have helped to keep the south Philippine in a situation of crisis.

Moslem Groups
On 21 January of this year, with the referendum on new Moslem autonomy, an essential step forward was taken towards a new plan for regions with very high Moslem majority or a very low Moslem minority. Out of a total of 2,167,244 people eligible to vote, 1,844,873 actually voted, 85.13%, with the highest percentage in the province of Maguindanao (93,35 %) and the lowest in Cotabato City (54,22 %). Approved almost everywhere with a large majority with an addition in the election of 6 February in six municipalities of the province of Lanao del Norte and of 39 villages in that of North Cotabato, the organic Law for Bangsamoro (a word that means “Islamic Fatherland”) was ratified and sent to President Rodrigo Duterte and to Congress. 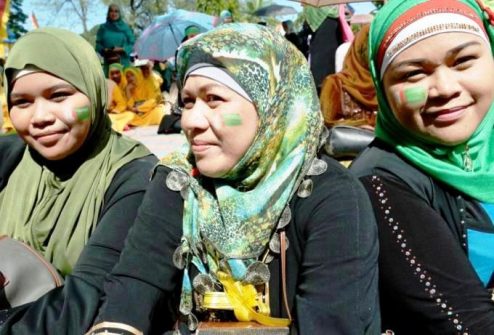 Making up part of the new autonomous region called the Autonomous Region of Bangsamoro of Moslem Mindanao (BARMM) are the three electoral areas of Cotabato City, Isabela City, Basilan and the provinces that are at present part of the Autonomous Region of Moslem Mindanao (ARMM), namely those of Sulu, Tawi-Tawi, Lanao del Sur and Maguindanao. The city of Isabela, capital of the island province of Basilan is a special case. In fact, the population of the island confirmed its wish to remain part of the autonomous region in its wider version, the majority of voters in the main inhabited centre were not in favour and it will therefore be excluded.
The new autonomous region will have the use of the territory and its waters delegated to them; it will have ample fiscal independence with a greater percentage of national resources than that in use at present. Significantly, law and order will be entrusted to a territorial militia which will absorb the combatants of the Moro Islamic Liberation Front, which has been active for forty years. Its 30,000 men will coordinate with the national armed forces and will be given the duty of bringing under control the Jihadist groups or those involved in criminal activities which, inspired by Islamic ideals, made Mindanao and the chain of islands stretching towards Malaysia and Indonesia, centres of recruitment, refuge and zones for military operation. 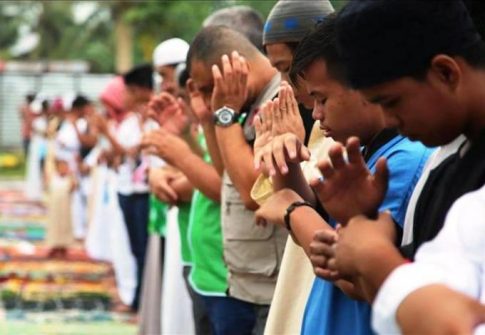 In concrete terms, the new autonomous region extends the prerogative of the preceding version, which was set up in 1989 and entrusted to the leadership of the then powerful Moro National Liberation front, an independence guerrilla movement that never got off the ground both because of the internal tensions in local Moslem society, and because of obstacles placed by Manila and persistent insecurity, and again, because for lack of funds necessary for the implementation of the foreseen reforms. In this way they make room for the myriads of militant groups that join forces, separate and divide, and so create an unstable front for the armed forces and a continual threat for the population.