The outbreak of war in Ukraine showed that a conflict could begin in any moment. The crisis had actually been going on for some time, and it simply got worse. There are in Africa different crises due to insecurity that are ongoing and could degenerate in 2023.
We will examine some of these crises moving eastward towards the centre of the continent.

In 2023 West African countries like Benin, Côte d’Ivoire, Ghana, and Togo will have to cope with jihadists belonging both to Islamic State and Al Qaeda coming from the Sahel region. Extremists will try to infiltrate the societies, recruit militants, and create operational bases. Especially in the northern areas of these states attacks against security forces and public officials will be possible. But these groups could also target foreigners (tourists, aid workers, businesspeople, etc.) both in those areas and in other parts of the countries.
This dynamic started some years ago and is due to several factors. First, the proliferation of jihadist groups in the Sahel area thanks to the flaws of states like Mali and Burkina Faso. Second, the economic deprivation of large parts of the population, who feel socially marginalized and are vulnerable to extremist propaganda. Third, the ethnic tensions and the historic grievances that split the populations, as an example pitting nomadic herders against farmers. 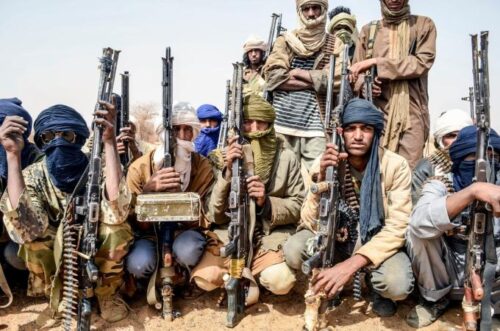 Jihadists in the Sahel.

Clearly, these issues could be solved in a peaceful and constructive manner, improving the relation among the different communities and the sense of belonging to a large community. But the inefficiencies of the ruling elites create the conditions of a clash of civilization on a smaller scale in many of these countries.
Mechanisms created by the different societies to solve disputes on land and water between the different communities are in crisis. And some politicians are exploiting the tensions to widen their support base and gain power. Also, the extremist groups use this strategy. Therefore, an escalation of violence is increasingly likely. And other countries such as Senegal could be affected.

The Nigerian hub
Nigeria will remain a hub of insecurity in its region. Jihadist groups are widening their areas of operations. From the north-eastern and north-western states of Nigeria, they are moving southward. In July 2022, several attacks were reported around Abuja, the capital city. Ethnic and religious violence is on the rise in large parts of the country and the autonomist movements active in the south are stepping up their actions. The trust in government is declining and, in the short to medium term, some parts of the populations might find attractive the idea of creating independent states that are ethnically homogenous. Elements such as criminality and corruption cooperate in worsening the situation. 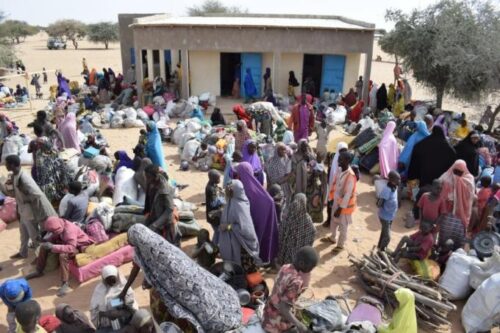 In February and March 2023 new elections (both presidential and legislative) will take place. Nigeria is waiting for a new administration that will need some time to start implementing its policies. Therefore, in 2023 leadership problems are to be expected.
It must be said that in the past insecurity spread from Nigeria to neighbouring countries. And in part this phenomenon is still present, especially as far as Chad is concerned. Nigerian jihadists still operate in the Lake Chad basin and their actions are influenced first of all by what happens in Nigeria. But, as seen before for Togo and Benin, the neighbours have increasing security problems that are not due to dynamics in Nigeria but to their internal weaknesses and to problems in states such as Mali and Burkina Faso. It is true that in Nigeria you can find the most relevant branches of jihadist networks. But militants in Togo and Benin seem to be headed by Sahelian leaders.

At the heart of instability
Central African Republic and Democratic Republic of the Congo (DRC) will remain two of the most problematic countries in Africa.
Central African Republic is in turmoil since 2013. Different militias fight to control swaths of territory and natural resources (such as gold and diamonds). Government troops, supported by Russian Private Military Contractors, a UN Mission (MINUSCA) and regional partners (such as Rwanda) struggle to counter the guerrillas. It is true that foreign intervention (especially Russian) helped Bangui to break the siege set by the rebels and reconquer parts of the territory.
But it is not sure that Russian contractors and foreign troops will be able to thwart a joint rebel offensive. President Faustin-Archange Touadéra is trying to prolong his power, and this is creating political tensions that could lead to protests and unrest. 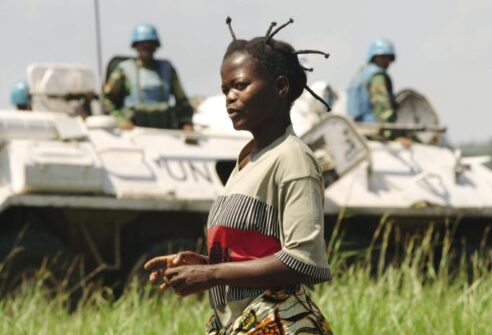 The north-eastern provinces of Democratic Republic of the Congo will still be the theatre of fights in 2023. Government troops, supported by foreign troops (first of all Ugandan) and the UN Mission, will try to prevail over guerrilla groups of different origins (including jihadists). Some of these groups could be supported by neighbouring countries that vie for influence. In other parts of the country clashes between different communities will go on. Rwanda, that is an element of stabilization in Central African Republic, could be a source of destabilization in DRC.

The African chessboard
The political context at the international level is not in favour of peace and the rivalry between powers has a negative impact on African affairs. In 2023 those powers will continue to fight for influence on African politics. They will support local governments in the fight against instability, but their main goal will be to exclude rivals and gain access to resources. The West African countries seen before were long considered basically a French hunting reserve. But in the latest years powers like China and Russia, but also USA, intervened and France is increasingly marginalized. But Paris will keep on trying to maintain if not develop its influence on African countries. This quarrel will have consequences on the security level. 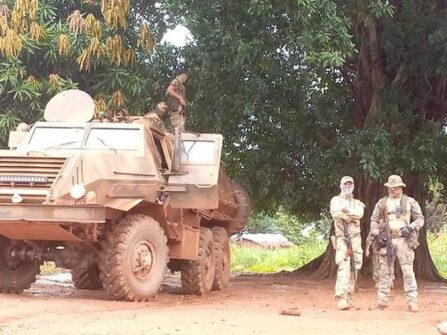 The Russian intervention in Africa has increased at least since 2019 and Moscow became a powerbroker in countries such as Central African Republic, Libya, and Mali. But in 2023 it will likely have to deal with the consequences of the war in Ukraine. Therefore, the troops and the private military contractors that were sent in Africa could be redeployed elsewhere, reducing the Russian grip on these countries. But this redeployment will bring a void that will be filled by other powers or armed groups after a phase of fights. The crisis in Ukraine did not cause the crises in Africa but worsened them. The increase in prices of commodities worldwide helped some African countries but created subsistence problems for large sections of the population. These problems could bring widespread protests and riots.