Xenophobic attacks against immigrants are causing a lot of damage to South Africa’s image across the continent. Local politicians are partly to blame for their populists rethorics.

On the 2 and 3 September, 12 people were killed in anti-foreign riots in Pretoria and in Johannesburg townships. Mobs looted shops and torched vehicles owned by foreigners. Most targeted people were Africans from other countries but also Pakistani and Chinese traders. The attacks occurred in the context of a South African truck drivers national strike to protest against the employment of foreign drivers. They came at time of an unemployment rate record of 28% in the country. According to the Minister in charge of small business development Lindiwe Zulu, the rioters felt that other Africans were taking their jobs. 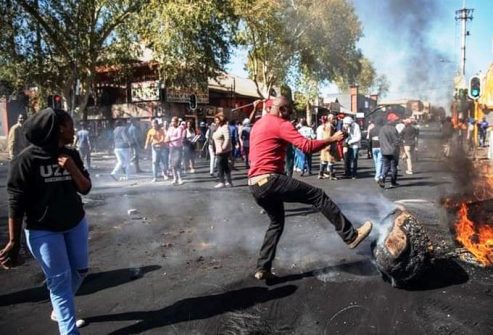 For decades, South Africa has attracted migrants from neighbouring Mozambique, Lesotho and Zimbabwe and later from Nigeria and the Democratic Republic of Congo (DRC). The official figure of around 2.2 million migrants registered during the national census of 2011 only represents 4% of the population. But other factors seem to have played a role. One of them is that the country shows the highest inequality rate in the world, which may exacerbate tensions, says Nicolas Pons-Vignon, economic researcher at Johannesburg’s Witwatersrand University.
Loren Landau, a researcher for the African Centre for Migration & Society, at the same University blames politicians for stoking the fires. A similar view is expressed by Savo Heleta, researcher at the Port Elizabeth-based Nelson Mandela University who reminds that inequality is rooted in the country’s apartheid racist legacy, as well as in the failure to transform the economy and society, after 1994.
The Roman Catholic Cardinal Wilfrid Napier, says clerics are concerned that some politicians are responsible for the violence through their inflammatory statements about migrants. 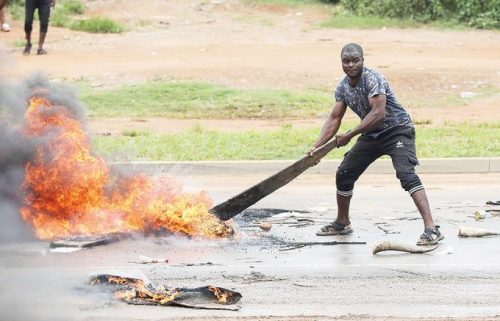 According to Savo Heleta, some politicians claim that foreigners are the main reason for high crime rates. One of the champions of the anti-immigrants rethorics is the deputy police minister who claimed in 2017 that Johannesburg was taken over by foreigners and that “the future president of South Africa could be a foreign national.”
During the 2019 electoral campaign, the main opposition party, the Democratic Alliance (DA), the Congress of the People and the right-wing Freedom Front Plus promised to imprison foreigners in camps rather than letting them roam free in South Africas.The DA has adopted a new demagogic slogan “All South Africans First.”and the DA mayor of Johannesburg Herman Mascara has been making anti-immigrant statements for a few years.
The African National Congress-led government portrays African migrants as threats to country’s security and prosperity. The White Paper on International Migration, which it approved in March 2017, discriminates between “worthy” and “unworthy” individuals, between those who have skills and are welcome to stay in South Africa and those who are not, who come predominantly from the rest of Africa.
A controversial aspect of the White Paper is the plan to establish asylum seekers processing centers, which will be managed as detention centers while their applications are being processed. The irony is that South Africa’s President, Cyril Ramaphosa rejected earlier proposals to build similar detention centers for migrants in North Africa.
According to Savo Heleta, part of the anti-migrant feeling is also owed to the lack of recognition that during apartheid, the rest of Africa expressed its solidarity South Africa’s freedom fighters. 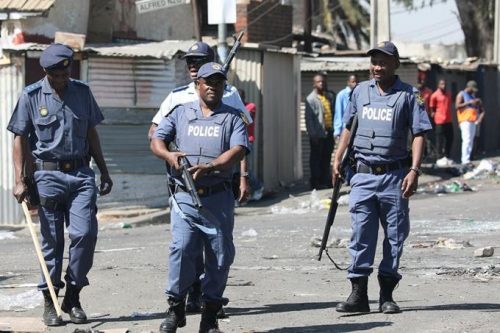 The authorities condemned the perpetrators. “Nobody anywhere should think that anybody supports this kind of behaviour, whether by South Africans or by foreign nationals in South Africa,” declared the Police Minister Bheki Cele. President Ramaphosa said that “There can be no justification for any South African to attack people from other countries”. And he added in a video posted on Twitter: “I want it to stop immediately”. Officials however are showing an attitude of denial, failing to acknowledge the extent of the xenophobia in the country.
Former COSATU trade-unionist, Ebrahim Harvey deplores that the government learnt very little from the previous attacks of 2008, which left 62 people dead and from those of 2015 when seven were killed in Cape Town, Johannesburg and Durban. The ANC denies that the problem of xenophobia exists and therefore fails to respond to the underlying socioeconomic crisis which gives rise to these feeling of xenophobia, says Harvey. In his view, these attacks have become one of the greatest tragedies of post-apartheid South Africa.
Churches rang the alarm bell throughout the continent. The Nigerian Reverend Lesmore Gibson  Ezekiel, who heads the Peace, Diakonia and Development department of the All Africa Conference of Churches, urged the South African government to tackle the “recurrent and needless attacks on fellow Africans” and  urged South African churches to open their doors to the migrants seeking protection. Amnesty International condemned the authorities ‘s failure to prosecute suspected perpetrators of xenophobic crimes. 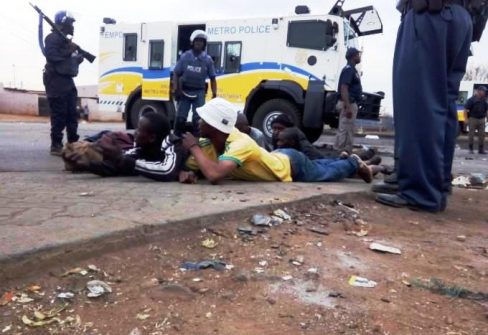 There have been many reactions outside of the country. In Mozambique, the government organized the repatriation on the 9 September of 400 nationals who expressed an interest in returning home after the attack, while Nigeria announced the evacuation of 600 of its nationals trapped in the violence. The Ethiopian embassy in Pretoria advised its citizens to close their businesses during the ongoing tension, while the Zambian transport ministry told truck drivers to avoid travelling to South Africa.
The riots had diplomatic consequences as well. The African Union condemned in a statement the “despicable acts” of violence in South Africa “in the strongest terms”.
Last month, the Nigerian President during a visit to South Africa urged President Ramaphosa to take measures to prevent the re-occurrence of such actions. Buhari met also Nigerians residents at a town hall meeting to listen to their experience and express his commitment to work for the protection of their lives and property. South Africa did not take however any commitment regarding these demands for compensations. Instead, the Pretoria government said that affected Nigerians should seek restitution from insurance companies. Both governments agreed to some “concrete measures” such as an “Early Warning Mechanism” to alert each other to impending xenophobic violence. This would involve diaspora communities, police and intelligence agencies in working more closely together. The main difficulty is to appease angry feelings among populations outside South Africa. 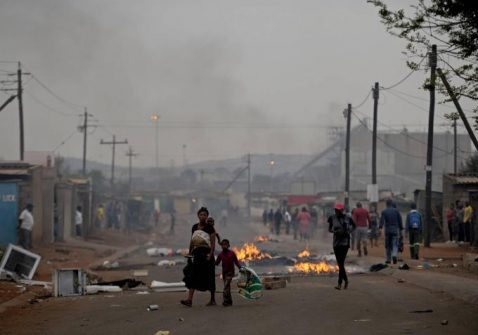 In Nigeria, four outlets of the South African telecoms giant MTN were damaged by attacks in retaliation to the violence against Nigerians in South Africa, while several Shoprite supermarkets were looted. As a result, South Africa closed temporarily its diplomatic missions in Nigeria. In the DRC, protesters smashed the windows of the South African consulate in Lubumbashi and looted South African-owned stores. There was also a demonstration in front of the South African embassy in Kinshasa. Air Tanzania suspended flights to Johannesburg because of the violence, while Madagascar’s football federation announced that it would not send a team to play South Africa in a friendly because of security concerns. In Zambia, students forced the closure of South African-owned shopping malls and the president of the Economic Association of Zambia, Lubinda Haabazoka, declared that the AU should not allow Ramaphosa to become its chairperson next year. President Ramaphosa apologized and sent envoys to Nigeria, Niger, Ghana, Senegal, the DRC and Tanzania, showing he was taking xenophobia more seriously than his predecessors. But he came in for sharp criticism from some political analysts, individuals and opposition politicians for apologizing to these countries  The Congress of the People’s leader Dennis Bloem said the move was uncalled for, especially when citizens of those countries were smuggling drugs into South Africa to destroy the future of its youth. Another challenge is the attitude of the South African Police who is the source of many of problems because of its incompetence, corruption and susceptibility to xenophobic sentiments, warns a South African senior journalist.
François Misser