Once again, on May 9, the Filipinos will also bring persistent situations to the polls which, although less relevant than in the past, contribute to keeping a substantial part of the archipelago in uncertainty, starting with the communist and Islamist guerrillas
and the response of the authorities.

Despite various rounds of talks with the mediation of Norway and an effective reduction in military activities, the conflict between the government and armed militants of the New People’s Army (NPA), represented in the talks by the National Democratic Front, the political reference of the communist guerrilla active from decades in the north of the country, remains heated. The longest-running armed rebellion in Asia, the one led by the New People’s Army, has cost at least 30,000 victims since 1968. 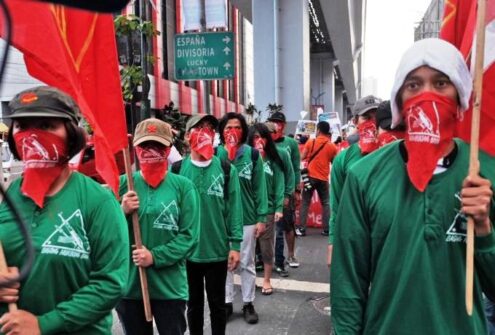 The weakening of the NPA, which saw its numbers drop from 26,000 at the peak of its military capacity in the 1980s to an estimated 4,000 at present, rather than continuing to guarantee its role and territorial control, seems to have continued to guarantee the security forces an important and profitable role, as well as having allowed Duterte to ask for the country’s trust even when repeatedly accused. A similar situation occurs in the south of the Philippines where, for some time, and even more so since the start of the presidency now coming to an end, military pressure has been intensified against the Muslim guerrillas of the Abu Sayyaf group in the Basilan and Jolo islands and against other groups who claim links with global Jihadist movements such as Isis and Al Qaeda and which aim to impose at the same time an area of militant Islamism in a crucial and sensitive area of Asia.
The peace treaty of 2014 that, in 2019, led to the birth by a referendum of the Bangsamoro Autonomous Region in Muslim Mindanao (BARMM) for whose security and control the former guerrilla movement, Moro Islamic Liberation Front (MILF) was called, was not the end of all the conflict. But it has started with a certain consistency on a path of peace and normalization in Mindanao and in the archipelagos that extend towards Malaysia, rekindling the hope that the violence that cost the lives of at least 120,000 Filipinos will end and ignite the progress long denied to the region. 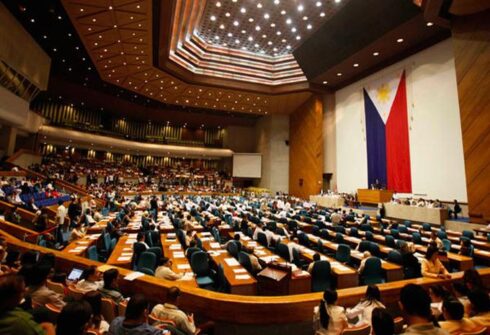 The House of Representatives of the Philippines. Photo: congress.gov.ph

A scenario in chiaroscuro is the legacy of 77-year-old Duterte who tried, unsuccessfully, to have the constitutional provision that precludes a second term cancelled. His handling of the pandemic, in particular, has aroused discontent over the choices considered uneconomic and contrary to the most basic rights of the population. However, most Filipinos continued to confirm their support and trust, albeit with many exceptions. These include: the attacks of critics and opponents inside and outside Parliament; the summary killings; and the apparent insensitivity to the chains that keep his country in widespread poverty, despite the sustained development of recent decades, have characterized a presidency that has repeatedly ended up on a collision course with the Catholic hierarchy on ethical and moral issues, rights, and democracy.
This tension involved the laity and clergy, most recently in the battle to prevent the extension of the law that provided for the classification as ‘terrorists’ or ‘communists’ of individuals and organizations critical of the Duterte administration. An arbitrary initiative that also affected the Benedictine nun Mary John Mananzan, strongly hostile to the ‘war on drugs’ and who was, therefore, indicated in June 2020 by a government official as a supporter of a communist terrorist organization. The law did not pass through the commitment of ecclesial representatives and the faithful, but the controversy has further strained relations between the presidency and the Church.
The situation marked the Duterte presidency right up to last year when the 500th anniversary of evangelization began.
The celebrations were initiated on March 14, 2021, with a ceremony attended by Pope Francis in St. Peter’s Basilica. The story began with the landing of Ferdinand Magellan on the island of Mactan near Cebu, today the fifth Philippine city in terms of population, and an essential tourist, commercial and logistic centre. 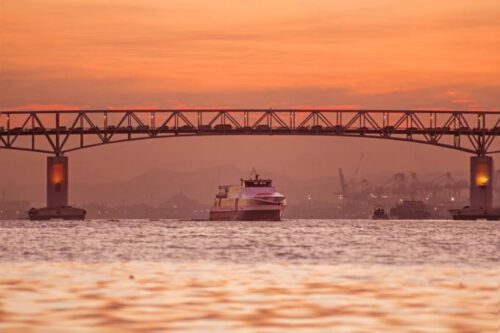 It was an event in Asian history and European colonialism that was to found a Church that gave a national identity to the archipelago and made it the cornerstone of Catholicism in Asia. Cardinal Luis Antonio Tagle, former Archbishop of Manila and second-term president of Caritas Internationalis, Prefect of the Congregation for the Evangelization of Peoples since December 2019, concelebrated the Holy Mass which kicked off the celebrations of the 500th anniversary.
Less than two weeks after that suggestive and evocative ceremony, the Pope announced the appointment of 69-year-old Cardinal Jose Fuerte Advincula, former Bishop of the diocese of Capiz, as titular of the archdiocese of the capital, certainly not an easy role for the new archbishop, in a situation like the current one that associates the already heated conflict between the Filipino Church and the current presidency of Rodrigo Duterte with the enormous difficulties that are emerging from the pandemic crisis. All this must be taken into account to relaunch the Catholic identity of the archipelago which is losing momentum in the face of the multiplicity of challenges it faces.