The DRC which has faced frequently problems at its borders with several of its neighbours has clashed recently with Zambia. Both capitals have eventually managed to control the escalation. But these tensions come on top of other challenges for the country’s strategic copperbelt area, which was hit by an insurgency and by the coronavirus pandemics.

A border dispute has provoked clashes during a week during the second half of March 2020 between the Democratic Republic of Congo (DRC) and Zambia. All started when Zambian soldiers invaded the village of Kibanwa, on the shores of Lake Tanganyika; near the common border inside the Congolese Tanganyika province and planted the Zambian flag there and took the Congolese one away. 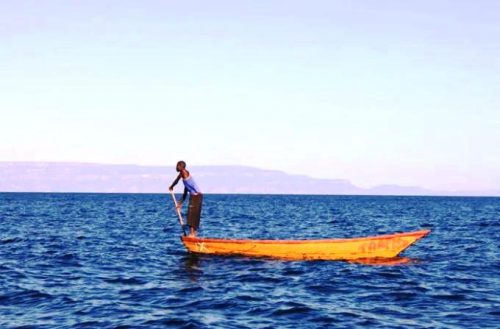 According to European diplomatic sources, the Congolese military killed two Zambian Navy soldiers who had taken control of the village on the 15 March. On the following day, Zambian Airforce helicopters retaliated, killing two Congolese soldiers, reported Agency France Press, quoting diplomats. Accordingly, the incidents occurred after that the population began leaving Kibanwa on the 13 March. The Zambian soldiers were chasing Congolese fishermen who, according to the Lusaka authorities, violated Zambian territorial waters and used prohibited nets. Zambian troops remain about a week in Kibanwa, say DRC officials.
Similar incidents between both armies occurred already  in 2006 and 2016, report diplomatic sources. According to the Congolese Minister of Defence, Aimé Ngoy Mukena, the dispute goes back to the colonial period and the problem of the delineation of boundaries was discussed several times between the late Presidents Mobutu Sese Seko of the former Zaire and Kenneth Kaunda of Zambia.
In fact, the Anglo-Belgian Treaty signed between Belgium and the United Kingdom in 1894 has been interpreted differently by both colonial powers. Indeed, British maps show the boundary meeting at Cape Pungu (Chitankwa) whilst Belgian maps of 1955 show the meeting point at Cape Kipimbi, which  is far south of Cape Pungu, and thereby cutting deep into assumed Northern  Rhodesian territory. Like today for the Congolese, Belgium interests in the North appeared to be fishing. At that time a fisheries agreement was made between Northern Rhodesia and Belgium Congo which regulated the use of nets and fishing rights. 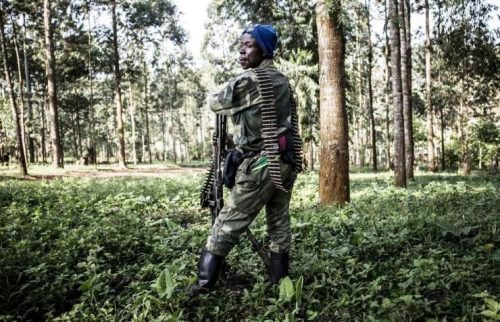 Other tensions occurred in 2014, after the death of two truckers at the Kasumbalesa border post between Zambia and the DRC.  In January of that year, a Zambian truck driver, was shot dead by Congolese officials following a dispute over a bribe.
And at the beginning of February, a Zimbabwean truck driver was shot dead on the Zambian side of the border. Eventually, the tensions which followed the clashes between both armies in March 2020, were defused after a trip of the Congolese foreign minister Marie Ntumba Nzeza, to Lusaka on the 19 March 2020. Then, on the 25 March, President Felix Tshisekedi received in Kinshasa a Zambian delegation led by foreign minister Joseph Malanji who was escorted by his Defence colleague, Davies Clama and high ranking military officers. On the Congolese side Mrs Marie Ntumba and the chief of staff of the Armed Forces of the Democratic Republic of Congo (FARDC) Gen. Célestin Mbala and the head of President Tshisekedi’s Military House, Augustin Mamba also attended the meeting. In the end, both sides agreed to settle the dispute peacefully. One of the options is to set up border markers to delineate precisely the limits of the respective national territories. The stakes are high. Both Zambia and Katanga, which is the economic locomotive of the DRC, as land locked countries have a vested interest in keeping a normal relationship. Both countries also plan to develop a huge hydropower scheme on the Luapula River which is part of the borderline between them.  Besides, the DRC has had lots of border issues with other neighbours. The DRC which was invaded at the beginning of the millennium by the Rwandan and Ugandan armies, is currently waiting for the payment of compensations. On a number of occasions, it has also suffered incursions from Angolan troops. In other words, Kinshasa’s rag tag army cannot afford another conflict. 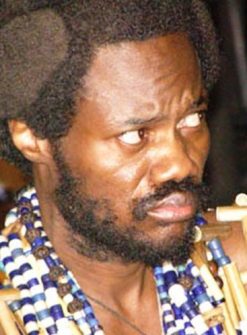 Moreover, these tensions occurred at a very bad moment for the DRC. Indeed, the Katanga region is in turmoil. On the 28 March, DRC security forces killed 48 militia men of the warlord Gedeon Kyungu’s Bakata Katanga group who launched attacks against the capital of the Congolese copper belt Lubumbashi, the mining city of Likasi, the border post of Kasumbalesa  and the city of Pweto, in the area where the recent fighting with the Zambian military took place.
The situation is complicated. Gedeon who was under house arrest and who has been sentenced to death for war crimes and crimes against humanity, managed to escape on the 12 March. People in Lubumbashi believe he sought refuge in the farm of a close friend of the former President Joseph Kabila, General John Numbi who is also on the EU and US sanctions lists for his alleged responsibility in the murder of the human rights activist, Floribert Chebeya, in Kinshasa in 2020. 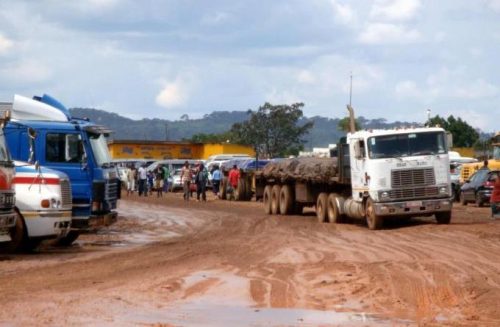 Kasumbalesa Border Post between Zambia and the Democratic Republic of Congo (DRC).

At the same time, the Congolese copper belt, which is the locomotive of the Congolese economy is already facing the consequences of the coronavirus crisis. The copper and cobalt produced in the area contributes 80 percent of the DRC total export value and the DRC accounts also for 60% of the world cobalt production. But this contribution is already threatening to decrease. At the end of March 2020 following the decrease of the Chinese demand triggered by the faltering downstream demand from the electric vehicle and consumer electronics sectors and in order to prevent the dissemination of the virus, the mining industry took a number of measures to protect its staff and scale down its production. In the Lualaba province, Glencore’s Kamoto Copper Company repatriated 26 expatriates while China Molybdennum’s subsidiary, Tenke Fungurume Mining (TFM) announced the confinement of its installations. 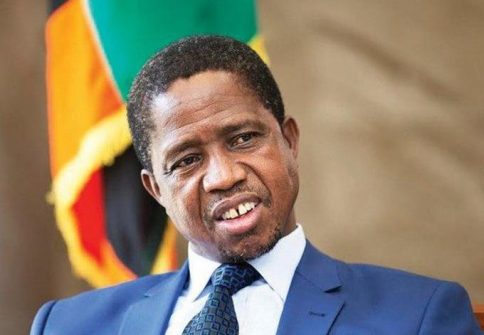 In addition, contradictory signals were given by Zambia concerning the opening of the border.  In a letter sent the 24 March, the permanent secretary of the Zambian transport authority, Misheck Lungu, suggests to the government that it should suspend all cross-border traffic with the exception of essential commodities such as food, fuel and health-related products. But on the following day, in his national address, President Edgar Lungu said that the government would not close its borders because it would weaken the economy.
Since Zambia is landlocked; “with a crisis of this magnitude, we shall find ourselves under forced lockdown if all our neighbours close their borders. This situation would make us economically vulnerable and weaker”, he warned.
Despite President Lungu’s statement, incidents at the border cannot be ruled out. On the 26 March, hundreds of trucks from the Southern Africa Development Community were stuck on the Zambian side of the Kasumbalesa border post following the detection of two suspected cases of Coronavirus in Lubumbashi and the closure of the border for two days. Eventually, the traffic resumed but the climate of concern and panic on both sides of the border can generate anytime stricter controls, traffic jams or new border closures. In other words, stability is a fragile commodity in this area.