The challenge to poverty in an area rich in oil. Young people and the lack of education. We talk with Mgr. Martin Waïngue, first local bishop in charge of the diocese of Doba, in the south of the country.

You are the first local bishop of Doba. You are going to carry on the work started by foreign missionaries, do you think to change something?

As I said during my episcopal ordination in February 2017, we have received the inheritance of the first bishop of the diocese, who was an Italian Comboni Missionary and who established the first pastoral and physical structures of the diocese. Now we have to carry on his work. There are facilities, such as the hospital, that require great responsibility. We have to improve self-financing without relying on outsiders, by involving the faithful much more, and this is not easy. 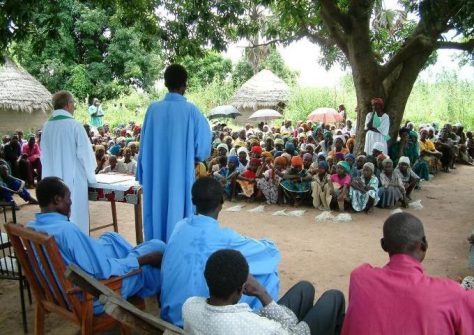 Doba’s situation is similar to that of many African communities: evangelization was carried out by foreign missionaries but, little by little, the local clergy and religious communities have played an increasingly relevant role. I think that, relying on the coexistence between the missionaries arrived from other places and the local clergy, the Church in Africa will be African or it will not be at all.
There won’t be another option. Local priests are not going to establish another Church, because the Church is only one: the Church of Jesus Christ, the Church with the Pope as its leader. But what we, the local priests, are going to do is develop ecclesial structures based on our culture and our values. We believe in the process of inculturation, and we’ll also try to gain more autonomy, not only from the financial point of view, but also by providing a service according to our African idiosyncrasy. However, the African Church will still be a Church committed to Mission, because if there is no missionary commitment, there is no Church. The missionary Church, in communion with the universal Church, with its African cultural roots,
will be the Church of the future.

Our Church is young and has grown up in a specific environment: the poor are here; those who do not have the means to defend themselves, or those who are not defended by anybody from oppression and injustice, are here; and those who do not know Jesus Christ, who are many, and whom the Church has to defend working for justice and reconciliation are still here… Young people who receive no education are here … These are the peripheries on which our Church has to focus to develop its mission.

How important are young people for the Church of Doba?

Young people of Chad are those who will build the future of the country and who will be in charge of its development, but in order to do so, they need two basic tools: training and work. 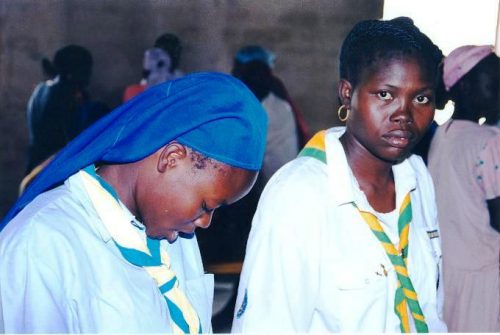 The school system of the country does not work as it should and young people do not receive the proper training that should prepare them for the labour market. More than 60% of young people are unemployed, even those who were able to study in the country or abroad and who were awarded a degree cannot find a job. We, the Church, try to create more opportunities of work for young people, though we have scarce means.

There are large reserves of oil in this diocese. Doba is a rich area…

Though Doba diocese sits atop an oil reserve, it is still a diocese characterized by extreme poverty. Surprisingly for an oil-producing nation, Chad, according to international organizations such as the World Bank is one of the poorest countries in the world. 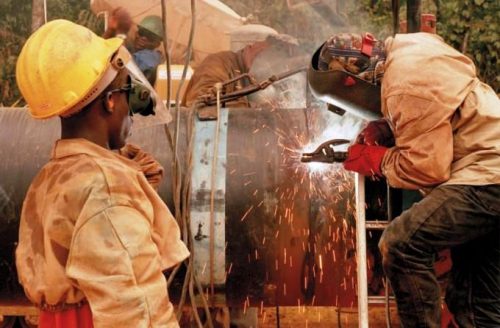 Chad’s oil wealth, far from relieving poverty, has both become an important element in government strategy to hold on to power and contributed to the country’s endemic instability. Extractive companies hired local farmers to do unskilled work, who, when it was completed, went back to work the land they had abandoned. Besides these people were not able to manage the sums of money they earned and so they remained poor. The crisis due to the fall in the oil prices worsened their situation.

How does it feel when one sees that multinationals make profits by exploiting the resources of Chad, while the population does not benefit at all from their national wealth?

This is a situation that characterizes all African countries, not Chad only. We must denounce that Africa has become a reserve of raw materials, something that affects all bilateral relations, not only the economic ones, because the political relations are also based on this general idea of Africa as a reserve of raw materials without benefits for the local people. Structures should be built in order to transform raw materials directly in the country of origin, this would create more job opportunities for the local people. If the situation does not change, foreign multinationals will keep on benefiting from enormous African wealth while the population of Chad and that of the other African countries will remain poor.