March 2021 will mark the tenth anniversary of the Syrian war. The bulk of the fighting ended in 2017, but Syria continues to suffer.

The people, those outside Damascus and Latakia especially, live on the edge of famine, and the country is completely devastated. No reconstruction has occurred, and half the population has been displaced. Russians, Hezbollah and Iranians intervene to police the stabilized rural areas while Turks and Americans help keep Damascus’ authority in check, by continuing to occupy areas of the country.
President Bashar al-Assad has managed to maintain his position, but he controls a devastated country where half of its citizens are displaced, refugees or exiled. What passes for a negotiation process at United Nations is deadlocked: Russia and China insist on protecting the Ba’athist government in Damascus while western powers refuse to lift sanctions to facilitate reconciliation and reconstruction until President al-Assad resigns.
Meanwhile, small wars, small conflicts continue in the last remaining areas still held by the opposition in the northern region of Idlib. Russians, Americans and some Islamist militias are also targeting Islamic State remnants in the east. The main part of the war ended in 2017 with the pushback of various rebels and Islamists from Aleppo and the gradual collapse of the Islamic State core. Yet, all the protagonists, weak or strong, remain in Syria. 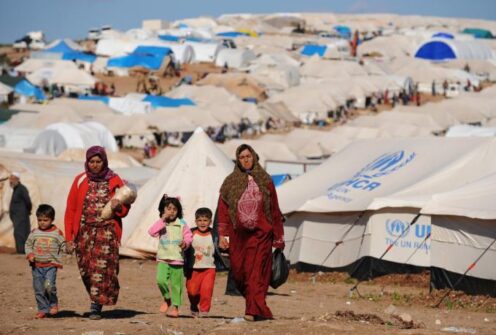 The Ba’ath Party and President al-Assad have certainly survived. They may even have beaten enormous forces pitted against them against all odds. But the country of Syria and the Syrian people have lost.
The various estimates which generally speak of about 500,000 killed and some 12 million refugees (over half of the 2011 population of 21.8 million) are credible. While the fighting has become limited to areas in the north – near the Turkish border and around Idlib, the devastation of towns and villages, not to mention the infrastructure from hospitals to water supply and power generation facilities, has been widespread.
The majority of those Syrians who have remained have endured conditions of extreme poverty. Given the extent of disruption of daily life, the economy has collapsed while the black market thrives. Syria is confronting a situation of such entropy that the Covid-19 pandemic has had little impact: what fragments are left of the healthcare system cannot cope with managing the spread of the virus, let alone enforce social-distancing or mask-wearing. The coronavirus aside, Syria has continued to endure a virus of a different kind throughout the entire duration of its internal war, as Israel has continued launching almost daily air attacks over Syria to target Iranian and Hezbollah positions.

The Protests
The Syrian riots of 2011 had more economic than political goals in mind. And this makes the resulting war all the more tragic; because at the heart of the protest were demands of reform rather than regime change and inter-sectarian intolerance. Bashar al-Assad partially opened the economy to ‘free markets’ early in his presidency. But inequality grew sharply: five per cent of the population controlled some 50% of Syria’s wealth. High unemployment and favouritism stifled economic opportunities for the youth and the middle classes. 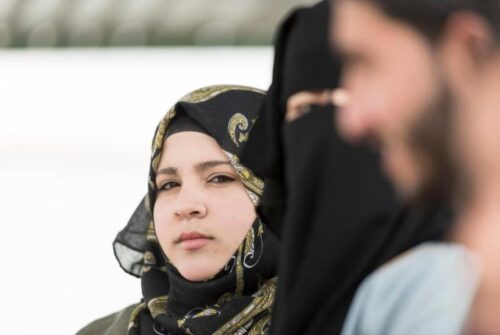 Moreover, by 2011, Bashar al-Assad had lost legitimacy in the rural areas, one of the main areas of non-sectarian support for the Baathist government which engaged in an intense land redistribution program during the years of Hafez al-Assad.
The failure of the regime in the economic, political and national spheres determined the conditions for the revolt.
The protests that flared up in every corner of the country were unprecedented and took Assad himself by surprise; he reacted both with force (repression and arrests) and with some concessions such as the repeal of the emergency law. Rather than the poor majority, Bashir al-Assad seemed more interested in nepotism, appointing close family and fellow Alawites to Syria’s top posts. His father, in contrast, was a more astute manager, who promoted the co-optation of other the Sunni bourgeoisie throughout the country. Nonetheless, the Ba’ath had suppressed political discourse for decades, deploying pervasive political repression through the secret police, the Mukhabarat, which had effectively silenced any alternative political movement. 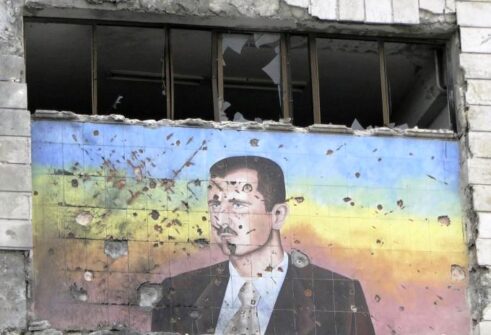 The image of President Bashar Assad is riddled with bullets. (AP)

The Syrian Ba’ath party, moreover, served a combination of political and ethnic interests, revolving around Assad’s own Alawite minority, which represents only 10% of the country’s population. Few outsiders (i.e., Sunnis or Christians) have been permitted to reach key positions.
Bashir had tried to reform Syria early in his presidency only to run into the Alawi-Ba’ath elite wall. Some analysts believe that in many ways, Bashir al- Assad is himself a prisoner of the Ba’ath and the Alawi minority. He could not resign in 2011. And he cannot resign in 2021. Thus, even after ten years of war, Assad remains a hostage to the threat of dissent, from his own Alawite sect (who would replace him with a more ‘determined’ figure) as well as from the Sunni majority and the young rebels who have fought for change, even though this change did not necessarily imply progress.(A.B.)