Ankole is one of the oldest and most famous dynasties in Uganda. It is believed to have been created back in the early 15th century.  The people of Ankole Kingdom are called the Banyankole and they speak a language called Runyankole.

The Banyankole are inhabits of the present-day districts of Mbarara, Bushenyi, Sheema, Ntungamo, Kiruhura, Ibanda, Mitooma, Rubirizi, Buhweju, and Isingiro situated in Western Uganda.
The Ankole community is divided into two stratified castes; the Bahima (known for pastoralism) and the Bairu (known for agriculture) who live together in the land of Ankole. 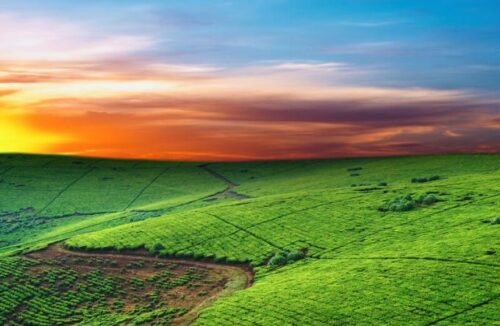 This region is located in the south-west part of the country with over 400,000 people, according to the latest Uganda Bureau of statistics. Most of the districts in this region depend mainly on agriculture as a source of food and the commercial production of tea, coffee, tea, sweet bananas and Matooke, especially in the districts of Bushenyi,
Sheema, and Isingiro.
Currently, the significant economic activity in this region is ranching for beef, and dairy farming for milk production, both widely practiced especially in districts of Ntugamo, Kiruhura, Isingiro, and Bushenyi.

The History of Ankole
Before the kingdom of Nkore’s name came to be, the Nkore land was known as Karo Karungi (‘the beautiful land’) till the 17th century when the name Nkore was adopted due to several invasions by the then powerful Omukama of the Bunyoro-Kitaara kingdom, Cwamali, which was seeking good pasture in the strategically located Karo Karungi. It’s believed that Nkore was first occupied by the agriculturalist Bairu for a very long time, who cultivated and occupied the land peacefully until the invasion of the Bahima people who are said to have come from Ethiopia. This noble pastoralist clan invaded and took over the ruling of Nkore as kings (abagabe) and chiefs forcing the Bairu to submit to them. For a very long time, the two groups of Bairu and Bahima lived peacefully with each other, with the Bairu submitting to the Bahima. However numerous they were, Bahima still remained the dominant ruling class among them. 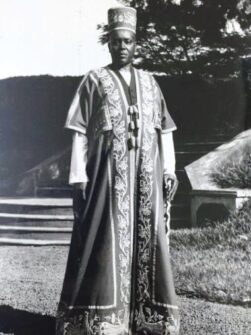 The last Omugabe Charles Godfrey Gasyonga who ruled from 1944 till 1982.

Nkore existed as a small kingdom under the rulership of an omugabe (‘king’) till 1901 when British rulers declared Uganda a protectorate, merging the similar small kingdoms of Mpororo, Igara, Buhweju, and Busongora to Nkore. The name then changed from Nkore to Ankole to describe the now large Nkore kingdom. This made it easy for the British rulers to curtail the powers of the omugabe and control him though his titles. Dignities and dominance in the community were maintained in the traditional realm according to the customs and laws of Ankole.
Thus, with the British rule, Bairu became less marginalized.
The kingdom had a centralized administration system headed by the omugabe (king) who came from the nobility of the Bahima clan, assisted by abakuru b’ebyanga (local chiefs) and an overall appointed enganzi (prime minister). The pastoralist Hima people established a close relationship with the Iru people based on trade and symbolic recognition, though only Bahima could rule. 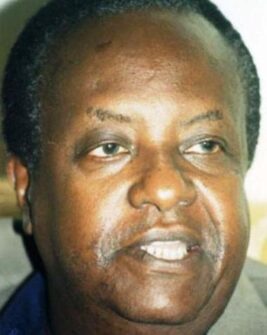 John Patrick Baringye was crowned as Ntare VI in November 1993. This coronation was nullified by the Ugandan government in December 1993.

The Bairu remained socially and legally inferior to Bahima with the cattle being the symbol of their power; cattle were only owned by the Bahima as the Bairu only engaged in agriculture. The two groups maintained their identities by prohibiting intermarriages and keeping their relationship based on trade. The Bahima provided milk, milk products, and beef to the Bairu and in return the latter provided agricultural products.Cattle were offered by people of Ankole to the omugabe to show their loyalty and they also gave him protection and security through military service; only Bahima men could train and serve in the army.  This kept any Bairu attempt to rebel well in control.
The Ankole kingdom survived in its ceremonial form under British rule till 1967 when it was officially abolished by the then Ugandan
president Milton Obote.
The last omugabe (23rd) of the dynasty was Charles Gasyonga who ruled from 1944 till 1982 when he was then forced to abdicate and the role was abolished as part of the new constitution of the Republic of Uganda. After an interregnum lasting until 1993 with Gasyonga II who died in the interim, his son John Patrick Baringye was crowned as Ntare VI in November 1993. However, this coronation was nullified by the Ugandan government in December 1993 and the kingdom has never been restored to date. Open photo: Ankole Flag. Can Stock Photo / daniel0 (G.L.M.)