A heart that beats to the rhythm of Africa

Paul Van Haver was born in Etterbeek, a small town near Brussels, in 1985. Yet his story really begins only nine years later, in Rwanda, where his father, an architect of Tutsi ethnicity, was killed that year during one of the most terrible genocides of the twentieth century.
Little Paul thus grows up with his mother, who is Flemish, along with four brothers and a sister.
As a boy he began to study music, as a teenager he discovered rap, hip-hop subculture, the soul of the masters and electronics. The recording debut came in 2009 with the pseudonym destined to make him a world-famous pop star: Stromae, which in verlan means “master”. 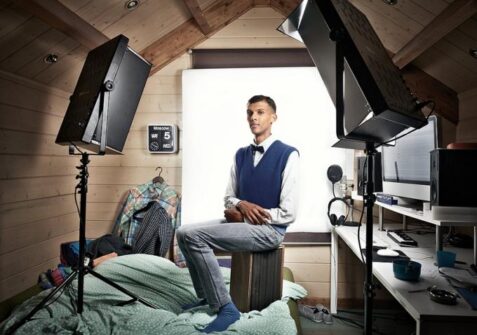 But Rwanda and that tragedy remained indelibly marked on his heart, and well before he revealed it, in 2013, in the poignant Papaoutai (Daddy where are you?), a song dedicated to that father he had only seen a dozen times in his life. That song was part of his second album, that of consecration among the trendiest artists of European pop.
He sings mostly in French, and plays drums and piano. And this year he launches his third album Multitude: one of the most anticipated and relevant works of this year overflowing with war-founding nightmares. Also, because it comes after eight years of silence. And once again Stromae hits hard. Because he was never the type to limit himself to writing supermarket platitudes: in his records he sang about alienation from social networks, about cancer and alcoholism, about marginalization, about migrants, about the hells of the last, about racism and homophobia, and he always did it with a poetic and often autobiographical slant: “Yes, at times I have had suicidal thoughts. And I’m not proud of it. Sometimes we think it is the only way to silence them. These thoughts that make me go through hell “he sings in the brand-new L’ Enfer. 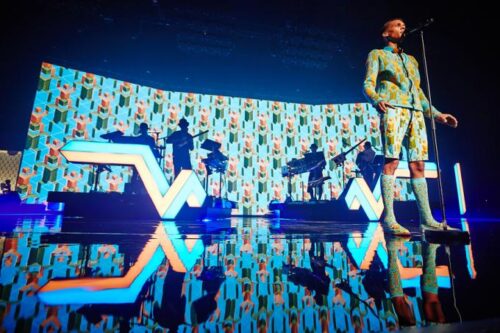 And in an interview, he explains: “This record is my journey from darkness to light, an album about healing”; from a bad disease that kept him away from the scene for years, but also from the never perfectly healed wounds of his family tragedy. This is also why he does not hesitate to judge the violence of the war that is raging in the heart of Europe as “unsustainable”. Stromae is a chansonnier with both feet in the multi-ethnic postmodernity of his Belgium, but his heart still beats to the rhythm of his Africa.
Especially among these 12 new songs. And if Rwandan roots rarely blossom into folkloric moods (little more than a few reverberations here and there), they feed the soul of all the work, especially when the sweetness of the choirs and colours of his homeland. It is no coincidence that Brussels today welcomes one of the largest Rwandan communities in the world that found refuge here from the horrors of the 1990s genocide: the one that even Paul-Stromae cannot and does not want to forget, but from which he is slowly trying to heal. (Photos: Mosaert)