The role of the bishops in the recent socio-political events in the country. The Church as ‘guarantor of unity’. The future: the full evangelisation of the Christian communities. We talked with Mons. Sébastien-Joseph Muyengo Mulombe, Bishop of Uvira in South Kivu.

At the end of his second mandate, president Joseph Kabila refuses to give up power and creates a serious social crisis in the country. Civil society and members of the opposition parties turn to the Catholic Church for mediation and an end to the impasse. “We made ourselves available. We also acted as guarantors of the San Silvestro Agreement (2016) between government and opposition so elections could be held”, Mons. Sébastien-Joseph Muyengo Mulombe, Bishop of Uvira in the south of Kivu informs us. 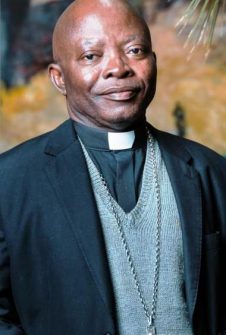 The Agreement was not properly implemented and Kabila said it was impossible to organise the elections before the end of 2017 and they were postponed until 30 December 2018. This created much unease among Congolese, especially the Catholics who held a series of  demonstrations in the streets and public prayers which were repressed with bloodshed. It was absolutely necessary that Kablia should not run for election. In fact, he was not among the  candidates. The elections were held on 30 December 2018 and were won by Félix Tshisekedi, a candidate of the coalition for change with 38,57% of the votes. In second place was Martin Fayulu (34,83%).
The Church had agreed to guarantee free and fair elections and had 40,000 observers in the field. According to what they observed, Fayulu won with 62% of the votes. Mons. Muyengo Mulombe comments: “In our opinion, the polls chose Martin Fayulu, who had been chosen by the bulk of the opposition to oppose Kabila, obtaining votes throughout the country”.However, the Church eventually accepted the results. The Bishop of Uvira says: “None of us want the country to plunge into violence again. It seemed to us that, after all, the people were happy just to see Kabila out of power… No doubt, Fayulu had a different view of things and, with him as president, things would certainly change. The DR Congo is rich in minerals. Fayulu would surely re-negotiate the trade agreements with the multi-national that exploit these enormous riches and put a stop to people from neighbouring countries invading the Congo at will and stealing what they want. Tshisekedi has guaranteed a peaceful transfer of power”. 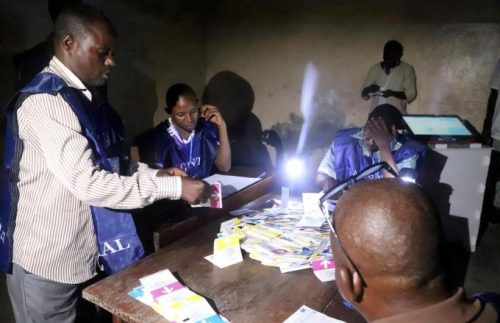 One important element during these years is the fact that the people have come to view the Catholic Church, to which 40% of the 83 million Congolese belong, as being always close to them in their struggles.
“The people still see each of our Bishops as a defensor civitatis (defender of the people), and the people know that we defend the whole of the country and that we never tire in promoting reconciliation.
The strength of us Bishops lies in our unity, even if there are some who let themselves be distracted and, perhaps … compensated”. 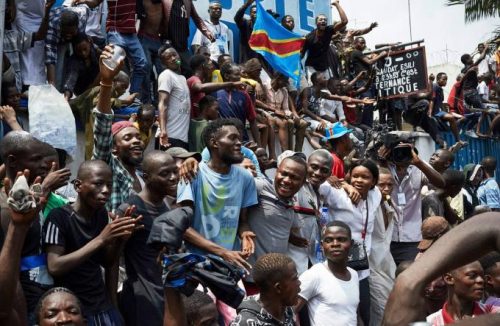 Speaking of his diocese of Uvira with its 1.5 million inhabitants, of whom 30% are Catholics, he says : “I am the fifth Bishop of the diocese and at the moment we have about fifty secular and ten religious priests. There is a good number of Sisters. The diocese is divided into 18 parishes and has 32 missionary centres. I am sorry to say I have not yet managed to visit all parts of the diocese. There are still all too many militia groups that create insecurity in the territory. However, I am fortunate to  have excellent pastoral agents who are my right hand and to whom I shall be eternally grateful”.
Speaking of priorities, he says: “First of all the defence of life. In 2017, with all the war crimes and the plundering of our natural resources, together with the five other bishops of the ecclesiastical province of Kivu, I signed the message, ‘Our Cry for the Absolute Respect for Human Life’, taking the part of the people. We provided proof and exact figures regarding the victims. Here in Kivu the violence still goes on. Together with all the pastoral agents, I am carrying out a plan of evangelisation according to the tradition outlined by my predecessors. At the same time, I never tire of fighting against the evils which, in my view, prevent people from living a truly Christian life. 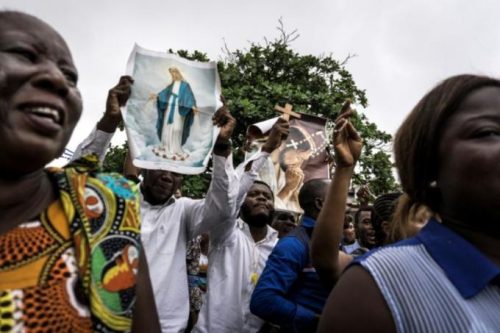 Three of these are: fetishism, which generates fear, causes divisions in families and communities and prevents real sharing; the abuse of alcohol, an endemic plague that destroys the population; lastly, that terrible weapon of war which is the abuse of women. For years, the violation of women has been the ‘prize’ claimed by all militiamen and soldiers. We are destroying ourselves. We bishops must be the first to raise our voices against this calamity. I was very struck by the honesty of Pope Francis in condemning the fifteen evils of the Roman Curia and by the twelve criteria given for the reform of pastoral work with Christocentrism, sobriety and synodality as a method. In my opinion, these criteria apply also to the Congolese Christian communities and our dioceses. Here, too, we have people who think they are eternal, who seek only to accumulate riches; there is still too much hatred, suspicion and fear of others, that deep-rooted evil which is love of self. Our communities are growing in numbers but are not very strong in the faith. We still have much work to do because we have been baptised but not evangelised”. (E.B.)