The discoveries of large deposits of oil and gas between 1970 and 1990 brought about considerable growth in the economy of Trinidad and Tobago which is now the most flourishing in the Caribbean.

Its GNP, in fact, even if it has been slowing down since 2009, is among the highest in the entire region, thanks to the large reserves of oil and gas, while the value of exports is greater than that of imports. There is therefore no doubt that the energy industry is the driving force behind the economy of the islands whose reserves are believed to be 0.716 billion barrels of oil, mostly in offshore deposits and 0.2899 trillion cubic metres in 2020 of natural gas. The export of energy resources is an important item of national GDP, making up around 22% of the annual income of the government. 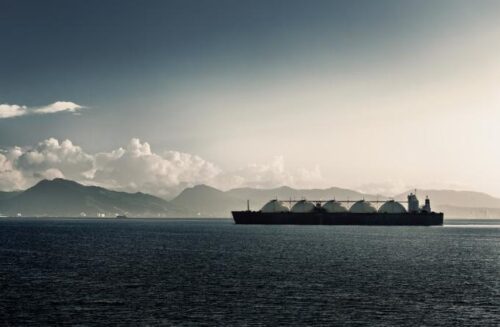 The petrochemical industry is also well developed especially in the production of ammonia and methanol that make Trinidad and Tobago the largest exporter of these products in the world. The first installation for the production of methane was built in 1985 and today there are seven of them with a total production of around 0.36 million tons. Also, very important in the petro-chemical industry is the production of urea of which the USA was a large importer in the eighties. The energy industry also has an important role and produces 99% of national electrical energy needs. Unquestionably, the development of the petroleum industry was also facilitated by strategic alliances with well-experienced international partners such as British Petroleum Trinidad & Tobago and the BHP Billiton, by means of which this country succeeded in the early 2000s to consolidate considerable energy potential while, in recent years, a start has been made to implement a plan to privatise the gas and oil industries. 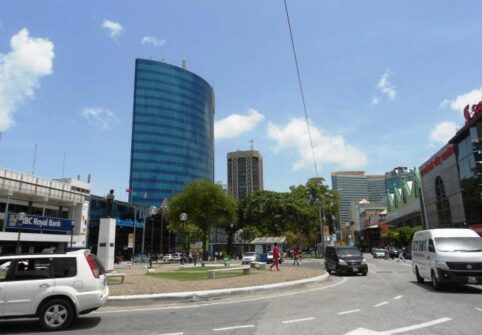 Even though its economy still depends on energy resources and by-products, the country may boast an industrial economy that is certainly an anomaly for its neighbours, with its agricultural, tourism industries and services that guarantee a high level of employment.
The unemployment rate stands at 4.4% and is the lowest in the entire region and its services sector which is the largest provider of jobs, employing 63% of the national workforce. The country is also in possession of an important infrastructure network that has made Trinidad and Tobago attractive to foreign investments and also for the development of the tourist industry – in expansion especially on the island of Tobago. It is also an important financial centre. Internal transport is guaranteed by a dense road network of around 8,200 km, while overseas contact is assured by the maritime services (active in the ports of Port of Spain, Pointe-à-Pierre and Point Lisas on Trinidad, and Scarborough on Tobago) and air services using Piarco International Airport on Trinidad as the main hub. In order to modernise the infrastructural system, the government, together with the Caribbean Development Bank, has incentivised a system of public-private partnerships that serve to attract foreign investment for the modernisation of the airport, the building of a new hospital in the capital, a solar centre for energy and other sectors. 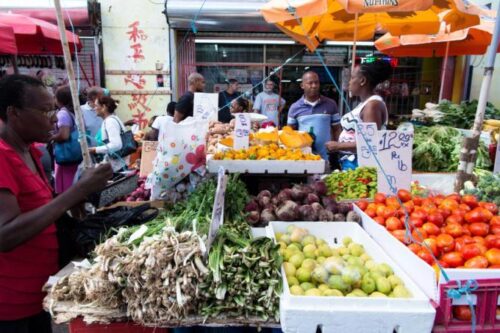 The agricultural sector, with a sound tradition going back to colonial times, is an important producer and exporter of cacao, citrus fruits, sugar, and coffee. However, it must be noted that, while the agricultural sector has for many years been the basis of the economy of the islands, there has been a steep decline in production in recent years substantially due to the development of other economic sectors that absorbed investment resources. The dimensions of the phenomenon are most easily understood by observing the reduction, measured in thousands of tons, relative to the production of coffee and sugar that took place in the eighties and nineties.
There has also been the development of the heavy iron and steel industry, its main market outlet being the United States, though a certain amount of iron and steel is destined for the internal market with its growing building industry. This industry also provides a stimulus for the cement industry whose production is absorbed internally by the real estate sector. A further well-developed sector is fertiliser production making Trinidad and Tobago one of the world’s major producers.
To facilitate trade, during the past fifteen years, many customs barriers have been eliminated by the signing of a number of free trade agreements with countries such as Cuba, Venezuela, Panama, Colombia, Guatemala, El Salvador, and Costa Rica, apart from those of the CARIFORUM and the EU, signed in 2008, which include Trinidad and Tobago as a member of the CARIFORUM. (F.R.)