The 13 May 2019 elections in the Philippines have been correctly seen most of all as a referendum on the Duterte presidency, half way through his mandate. In this regard it was a confirmation, and not only because the opinion polls that accompanied the long-drawn-out results showed that around had 80% preferred the president.

The Senate was also won by Duterte, who already had a majority in the House of Representatives through his PDP-Laban party in an alliance with others in the informal Kilusang Pagbabago (the Coalition for Change), and this gave him full control over Parliament.
On 22 May, nine days after the  election-day, despite electronic voting, the upper house clearly moved to side with the president, ensuring that nine of the twelve seats available for the senate (half of the total of which 50% are renewed every four years) would go to candidates openly siding with Duterte. The remaining three seats went to candidates prepared to support the policies of the president from outside, which left only four senators out of 24 who opposed him. 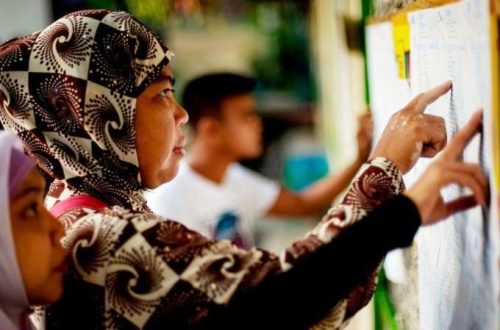 Almost all of them are exponents of the political dynasties that have marked the history of the country since the war and during independence regained after the Japanese occupation and the end of United States domination, including the daughter of the former dictator Marcos, Aimee.
One of those elected and among those who received most preferences, about 19 million, is Ronald “Bato” Dela Rosa, the former head of police who, up last year, led the “war on drugs” declared by Duterte in 2016 which cost the lives of thousands of drug addicts, drug-pushers, common criminals and – it is claimed by many in Philippine society – squatters, street children and critics of the regime. Officially, there were 5,300 deaths but, according to Catholic and civil organisations, there were at least 12,000. There were many who disappeared or became victims of extra-judicial killings approved by Duterte who declared an amnesty for killings during law and order operations.

Inability of the Electoral Commission
There have also been about twenty deaths during this electoral campaign and accusations of fraud, corruption and illicit manoeuvres multiplied with every day that passed. This also included the inability of the electoral Commission (COMELEC), whose silence only increased doubts as to the legality of the counting operation.
On the other hand, with so many unanswered questions, some sectors of the opposition, NGOs and the Catholic Church itself have asked that the publication of the results be delayed until the accusations of buying and selling votes and irregularities in the workings of the vote-counting apparatus, are resolved. Even Edwin Gariguez, executive secretary of Nassa/Caritas, the organisation for social action of the Catholic Philippine Conference of Bishops, has criticised the slowness and lack of transparency in the counting procedures. His criticism was not at all for political reasons, even though, during the electoral campaign, the Catholic Church clearly supported the opposition, but a personal opinion based on hard facts.
The view of Kontra Daya, the group that monitored the elections was more critical, describing them as “the worst ever” due to the evident errors in the automatic counting and the “massive purchase of preferences”. These criticisms were completely denied
by the electoral Commission.
The fears of the opposition are not unjustified, given the precedents and the ability of Duterte to exert pressure, but they are mostly fuelled by fears about the results of this consultation, almost a plebiscite in favour of the Filipino “strong man”, that will enable him to continue his government agenda which includes reintroducing the death penalty and rewriting the Constitution.
Furthermore, the door may be opened to his remaining in power at the end of his period in office, hitherto limited by law to only one term, through a constitutional change with serious consequences
for the future. 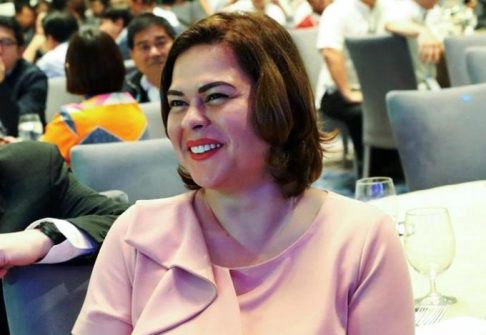 Neither must we ignore that his daughter Sara, in her turn mayor of Davao, the large southern city of which her father was mayor for a score of years, who makes no secret of her aim to be president, with the possible danger of a dynastic succession.
The guidelines published by the local Church before the elections asked the 66 million-strong electorate to choose their representatives according to two levels of selection. The first was that the candidate should be a believer and an opponent of the federal state structure promoted by Duterte. The second was that he or she should meet a series of requirements confirming his or her “character, integrity, competence and trustworthiness” so as to guarantee public service and the rule of law. There is long-standing opposition between the Catholic Church – which occupies a broad neutral or even favourable position towards presidential policies – and Duterte. Contrasts have often been bitter, motivated by serious statements against the Catholic hierarchy and the Catholic faith which spared neither Pope Francis nor God himself.
The face-to face meeting held on 9 July 2018 between the President of the Philippine Catholic Episcopal Conference Mons. Romulo Valles, Archbishop of Davao, and President Rodrigo Duterte, was certainly of symbolic importance, both because it came soon after the closure of the Plenary Assembly of the bishops and because of the tensions created by the blasphemous declarations of Duterte in the preceding weeks. “The President has accepted a moratorium on his criticisms of the Church” the presidential spokesperson announced after the meeting, but nothing more was revealed except that both parties expressed a desire for dialogue. (S.V.)