It is used to treat different allergies and help various antioxidant-associated health benefits.

Globally, a number of plants are used as tea with lots of nutritional and health benefits. One of such plants is Aspalathus linearis (Brum f) Dahlg which belongs to the plant family Fabaceae. It is an erect to spreading, highly variable, shrub that grows between 1.5 to 2 m in plant height. Its young branches are often reddish. The leaves are green and needle-shaped, 15-60 mm long and up to about 1 mm thick. They are without stalks and stipples and may be densely clustered.
The small yellow flowers are solitary or arranged in dense groups at the tips of branches. The fruit is a small lance-shaped pod usually containing one or two hard seeds. 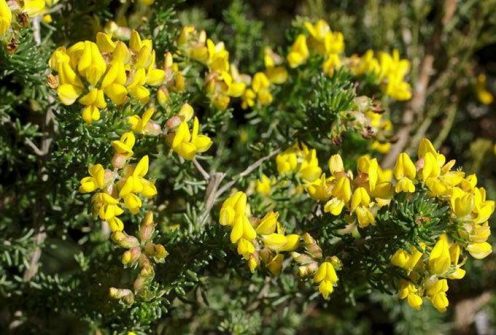 Aspalathus linearis which is commonly known as rooibos is a shrub native to the Cederberg region in the Western Cape province of South Africa. The genus name Aspalathus is derived from the Greek aspalathos,which was the name of a scented bush that grew in Greece. This medicinally and economically useful shrub is endemic to the Mediterranean west coast region of South Africa and the rooibos tea is made from selected forms of the species found mainly on the Cederberg Mountains. Rooibos has been used by many communities within its distribution range since time immemorial and is becoming increasingly popular globally as a pleasant tasting tea with enormous health benefits. It is is known as the long-life tea in Africa.
In fact, rooibos has been consumed by locals for over 300 years, but it was not yet known outside South Africa. A tea made from the leaves and stems of rooibos is generally beneficial to the digestive system and relaxes spasms. It is also claimed to cure insomnia, allergies, and nervous breakdown as well as improve one’s appetite. 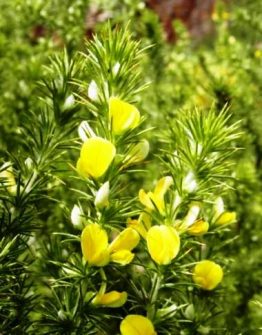 The infusion of rooibos leaves is usually added to milk and administered to babies as a cure for chronic restlessness, vomiting, and stomach cramps. The leaf infusion is also known to be effective in the treatment of diarrhoea, vomiting, and other mild gastric complications. Furthermore, Aspalathus linearis is considered to be beneficial when used internally and externally in the treatment of a wide range of allergies especially milk allergy, eczema, hay fever and asthma in infants. In some communities, women take rooibos during pregnancy to relieve heartburn, nausea, and for its iron. Also, it’s given to babies to relieve them from colic condition.
This plant can also be consumed in ‘fermented’ form and as such, it is also used traditionally as a refreshment drink and as a healthy tea beverage. In fact, recent scientific studies suggest that rooibos may confer various antioxidant-associated health benefits including antimutagenic, anticarcinogenic, anti-inflammatory, and antiviral properties and antiatherosclerotic effects. 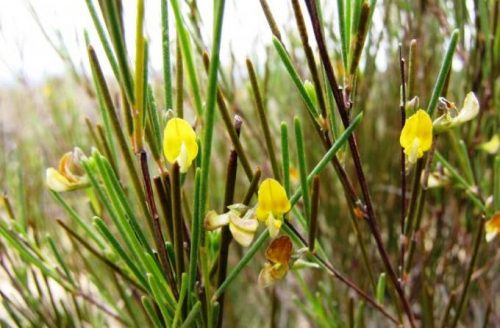 As already mentioned above, Aspalathus linearis is a source of rooibos tea and is one of the most popular drinks for health-conscious people and it is also free of caffeine.
Of interest to note is that this plant is not only enjoyed as herbal tea but used as an ingredient in cosmetics, in slimming products, and as a flavoring agent in baking, cooking and cocktails.
The medicinal potential of this plant may be attributed to the numerous phytochemicals in it including flavanols, flavones, flavanones, dihydrochalcones, aspalathin and nothofagin. The processed leaves and stems are known to contain benzoic and cinnamic acids. In fact, Rooibos’ antioxidants ability is associated with the presence of aspalathin and quercetin in it.