Apparently, the US government’s discretion on its military initiatives in Africa is due to two reasons. First of all, US public opinion is basically hostile to an excess of military intervention in stormy areas. Second, the desire not to fuel an anti-US sentiment that is very easy to stimulate in many countries, especially in Muslim communities.

From a geopolitical point of view, the US fight against terrorism in West Africa can be described as a ‘proxy war’, in which the African armies are the proxy. US advisors, coming from Special Forces, advice, train, equip and support local troops that do most of the fighting against jihadists. 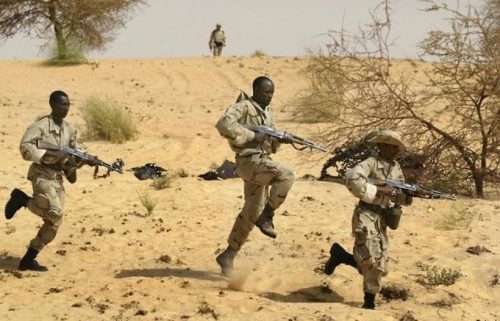 Even in a ‘light footprint’ perspective, US troops in Africa are scarce, due to the need for Washington to fight in multiple continents. And also their resources are scarce. US Defense Secretary James Mattis stated in January 2018 that he was trying to assess if conventional forces can be used to support the Special Forces in Africa and in other theatres of operations. This measure could increase the effectiveness of US military effort that at this moment relies on Special Forces personnel that, even if it is trained to operate under stress in critical situations, is overstretched. At this moment, US Special Forces must cope with a wide range of factors (culture, ethnicity, rivalries, etc.) at multiple levels (local, regional, national and international), while fighting an enemy that is capable of penetrating into different theatres, even if it has not a strong and wide popular support.

France and the others

France also intervened in Africa to fight extremism, but with a different approach from the USA. France is a power with deep roots and wide interests in the region. As an example, most of the uranium used in French nuclear power plants comes from Niger. According to data reported by Reuters (23 February 2018), there are 4,000 French troops in West Africa. Undoubtedly, due to their common history, Paris has a deep knowledge of the area and has strong links with many of the governments. But, for the very same reason, it is in a risky position. Every move it makes can be (and often actually is) perceived as an attempt to reinforce its neo-colonial power on the former subjects. And the governments of the regions, even when they actually ask for it, can be sanctioned by the population as lackeys of the French. 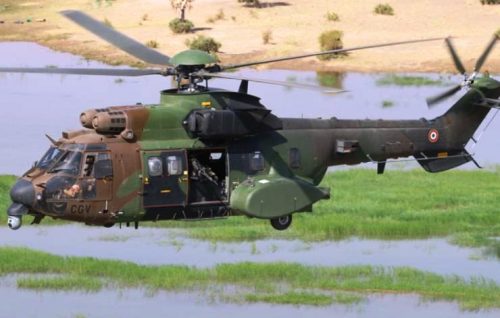 European countries like Italy and Germany are also sending their troops into West Africa, mainly to try to manage the problem of illegal immigration coming from sub-Saharan Africa. Even if they try to keep a low profile, they are put under pressure by their own public opinions and by African population. Hostility towards foreign intervention is on the rise in some Western African countries. This is true especially for France, but also countries like Germany and Italy suffer the consequences of this state of mind. The support for some authoritarian regimes in the areas worsens the situation.
Together with one to one cooperation, another tool to increase stability in the area is the financial support for multilateral African initiatives, especially when they translate into military effort by African states. As an example, on 23 February 2018, donor countries pledged about 500 million US dollars to support the so called G5 Sahel military force, composed by troops from Mauritania, Mali, Burkina Faso, Niger and Chad. The G5 Sahel force is tasked to fight jihadism from West Africa. Its command base is Mali and it is supposed to employ up to 5,000 troops. 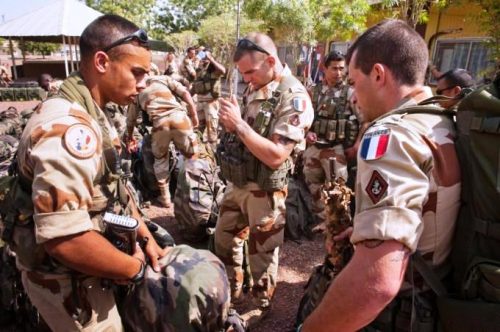 Djibouti has become a hub for the foreign military intervention in Africa, not only for the USA. Camp Lemonnier is in reality a former French base that the Djibouti government leased to the USA. France is still present in the country with a Foreign Legion base. Also, Italy created a military base in this small country with a big strategic importance, due to its position in the Horn of Africa. And both China and Japan have military bases in Djibouti. The United Arab Emirates are building military sites in Eritrea and Somaliland (a part of Somalia which claims to be independent), and also in the Horn of Africa. 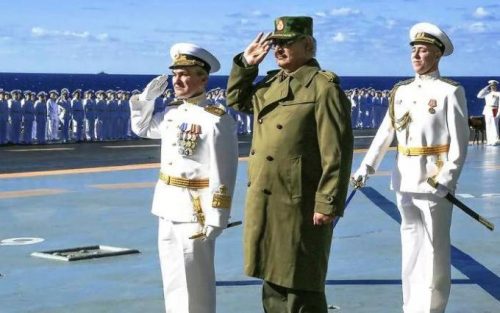 Russia is trying to establish a military presence in Africa too. In North Africa, Moscow is apparently supporting General Khalifa Haftar’s Libyan National Army (LNA), a militia operating in the East of the country. Russia, linked with Egypt, is supporting Haftar with the hope of creating a naval base in Libya. And it is developing a cooperation with Tunisia in the field of security, among other things by giving Tunis satellite-images for tracking terrorist groups that operate in North Africa. According to ‘Mondafrique’, Moscow is planning to create an air base in Berengo, in Central African Republic, a country devastated by a civil war.
These events show that in Africa there is a real scramble for setting up military bases that sees the competition among powers from all over the world willing to increase their influence. Countries with a long tradition of military presence in Africa (like France, but also Great Britain) now have dangerous rivals. (A.C.)