The sustainable future of humanity is bound by a double cord to the Rare Earth Elements (REEs) due to their special electromagnetic properties, both magnetic and optic.

For the most part unfamiliar, there are the 17 metals of the periodic table of chemical elements, with colours varying from grey to silver. Bright, malleable and ductile, they include scandium (Sc) and Yttrium (Y), as well as the entire series of lanthanides, the chemical elements with atomic numbers from 57 to 71. In their order: lanthanum (La), cerium (Ce), praseodymium (Pr), neodymium (Nd), promethium (Pm), samarium (Sm), europium (Eu), gadolinium (Gd), terbium (Tb), dysprosium (Dy), holmium (Ho), erbium (Er), thulium (Tm), ytterbium (Yb), lutetium (Lu). All of these were recovered relatively recently: the first, terbium, was discovered in 1782 in Sweden and the rest between 1800 and 1900, with the exception of promethium which was produced artificially in 1945.
To these we must add the so-called ‘raw materials’, the basic raw materials that include the others, the ferrous metals and the better-known ‘non-metals’ such as lithium, cobalt and nickel which are equally indispensable in green technology. It is well known that they, too, are the cause of environmental destruction and the exploitation of the peoples of the countries where large deposits are to be found. 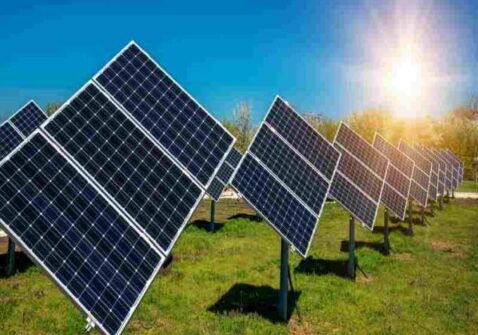 We are not familiar with the names of these rare soils. However, all of us handle them every day. They are in fact inside our smartphones, our touchscreens, in bulbs and computer hard disks. They are also the source of fibre optics and lasers, a great deal of medical equipment and batteries for electric cars.
They are used in permanent magnets, electric sensors, and catalytic converters essential for cars, wind turbines and solar panels. All the innovations of the medical, military and automobile industry depend on them as do the steel industry and the petroleum sector.
The other side of the story is that their use in complex electric and electronic equipment contrasts with the lack of adequate infrastructure for collecting and recycling them. This is why less than 1% of rare earth elements is recycled.
Notwithstanding the rarity suggested by the name, due also to the difficulty in identifying them, in comparison with other metals, they are, in fact, rather plentiful in the Earth’s crust. Cerium is just as plentiful as copper and two of the rarest metals in the series (thulium and lutetium) are 200 times more plentiful than gold. However, unlike gold, there are no pure ‘deposits’ of rare earth elements. 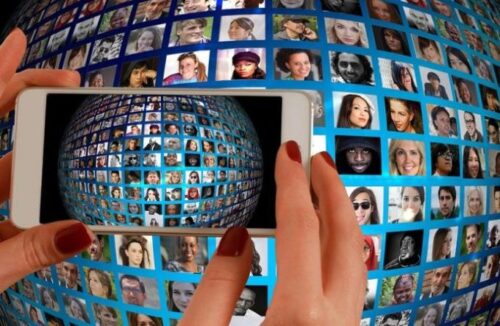 The elements are spread throughout the natural world in about a hundred minerals that contain very low concentrations of them. They are associated with other elements such as calcium, beryllium, iron and aluminium, under the form of oxides, carbonates, silicates and phosphates. It is because of this that very complex processes of mining and refining are required to separate the different elements, using powerful solvents such as hydrochloric or nitric acid. These processes seriously impact the environment causing the pollution of soil and aquifers substrata. To date, this work has been carried out in China creating a dangerous concentration that obliged the United States and especially Europe, totally dependent on both superpowers, to change their policy and strategy.
China continues to dominate the global supply of rare earth elements, even though after halting exports to Japan and the USA, with the consequent speculative bubble of 2010, production of REEs again increased in the USA something vigorously promoted by the then-president Donald Trump and the Pentagon. At present, according to estimates provided by the National Minerals Information Centre of the United States, global production has increased to 210,000 tons of oxides of rare earth elements. This denotes an increase of 11% compared to 2018. In the United States, internal production of refined minerals, all for export, increased to 26,000 tons, 44% more than in 2018. 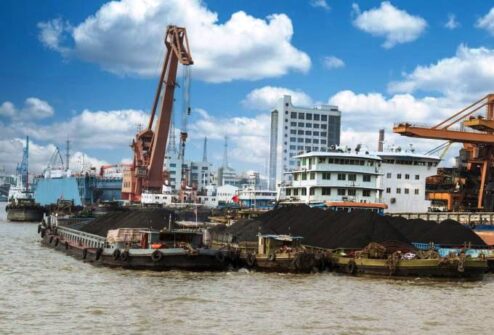 According to the Chinese ministry of industry, the mineral quotas for production and separation for 2019 were 132,000 and 127,000 tons, respectively. The People’s Republic of China, aware of its primacy, since the time of Deng Xiaoping, in importing and processing, is investing heavily in the complete chain of production from planning, with the highest number of registered patents in the world, to the regulation of a market which, a short time ago, was out of control.
According to a report by the Xinhua News Agency, in 2019, despite the official quota of 130,000 tons extracted, the actual quantity was very much more. This shows that most of the rare earth elements were extracted illegally.
While trading in conventional metals takes place in recognised stock exchanges, there are no official markets for rare earth elements. There are indicative quotations such as those provided by the National Minerals Information Centre. Some of those metals with the highest quotations, according to the Swiss Institute for Rare Earth Elements, were scandium, at 3,486,87 dollars per kilo, lutetium at 647,15 dollars per kilo and kg and terbium at 645 dollars per kilo. It is therefore up to the individual companies to negotiate directly with the refiners. The rare earth elements market, both for oxides and metals, is completely free and subject to possibly enormous fluctuations. 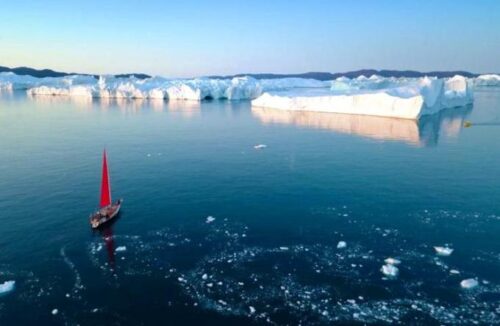 This is the reason why it has always been the Chinese system that influenced prices and conditioned the market. This is also why, in recent years, associations have been springing up between producers to develop an industry of rare earth elements and a sustainable circular economy such as the REIA (Rare Earth Industry Association), which is meant to associate European producers and academic experts together with national Chinese, Japanese and American associations.
The control of rare earth elements is fundamental to the future of green economies. This also explains the Sino-American ‘cold war’ in the Arctic over the grabbing of new deposits that are more easily accessible as the permafrost melts. This also involves other states such as Canada, Alaska, Scandinavia and Russia, as well as Greenland.
All this explains the intervention by the European Commission last September, when it announced the creation of a new European Agreement on raw materials, ‘to strengthen the resilience and strategic autonomy of rare earth elements’.
The aim of this action is to identify barriers and investment opportunities in the entire supply chain, from the extraction of the minerals to the reclamation of waste.
This constitutes an attempt to influence its sustainability and global social impact.