In the face of epochal transformations, the missionary service is called to renew itself. A Comboni Missionary looks at innovative ways of evangelizing in line with the teaching of the Church.

The dynamics of globalization and of the digital revolution, on top of the dominant neo-liberal financial capitalism, are shaping the world in a radically new fashion. Change characterizes all areas of life and society.
Although new possibilities and potential for the promotion of life are emerging, the prevailing economic system is leading the world in the direction of social exclusion and environmental devastation, with climate change having a distressing impact on the planet.
The gap between the rich and the impoverished ones continues to widen exponentially; the wealth of the world’s 26 richest people reached $1.4 trillion in 2018, which is the same amount of wealth possessed by the world’s 3.8 billion poor people.
In many countries, acceptable education and basic health care are a luxury that only the rich can afford. 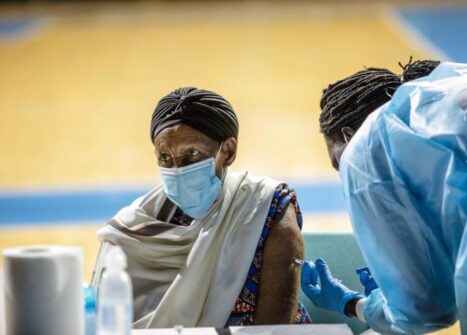 During Covid, the inequality gap has widened even further; worldwide, billionaires’ wealth increased by a staggering $3.9 trillion between 18 March and 31 December 2020. while the total number of people living in poverty could have increased by between 200-500 million in 2020. (“The inequality virus”. Oxfam 2021).
Every day, 10 000 people die because they cannot afford the care necessary to survive. Unemployment and underemployment are widespread and people, in many cases, are beyond the threshold of exploitation and oppression; they are excluded and become ‘waste’ among the indifference of those who are privileged.
The other emergency, correlated to this socio-economic situation, is climate change, with serious environmental, social, economic and political consequences. The dominant economic system is unsustainable. We need to realise that such a grim picture of reality is not a contingency, but a structural outcome of the global system.

An evolving religious reality
From a religious point of view, we are experiencing profound changes; religious pluralism is becoming common everywhere, raising tensions, fundamentalism and identity struggles. Secularism is spreading at a high rate, leading to two opposite perspectives: a worldview that rejects the idea of a spiritual reality within the material one; and rejects the spiritualization of reality and the disengagement from social responsibility. In either case, the ‘sacramental’ value of the world is denied, with a dichotomy of sacred and profane, spiritual and material, which is the essence of secularism. Missionary service is also facing new scenarios. The traditional model of mission, a creation of the 19th century, was based on geographical and expansion assumptions. Missionaries were sent – from Christian countries in the northern hemisphere  to baptise and implant the Church in non-Christian countries in the southern hemisphere. Countries in the South were seen as a territory for evangelization, while those in the North for mission promotion, to raise the funds to finance missionary service and structures with donations from affluent Christian countries. 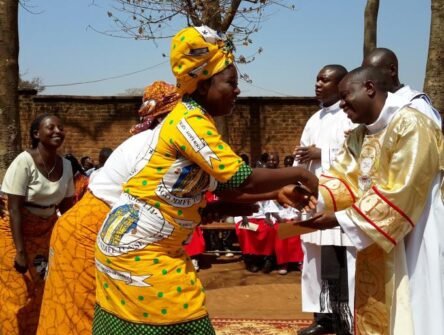 All such assumptions nowadays are failing the test of reality. In various African countries, such as Kenya and South Africa, over 80% of the population define themselves as Christians (of various denominations), and in countries such as DR Congo, Angola and Rwanda it goes beyond 90%. Instead, in traditionally `Christian’ countries such as France, Belgium, Germany and the UK, that percentage falls below 70%, and in the Netherlands even below 60%.
More significantly, practising Christians are generally a tiny minority, amid a highly secularized society. The geography of vocations is also radically different, with most of the missionaries coming from the young Churches of the South. Financing missionary ministry is becoming an ever-bigger challenge, with a reduction of donations from benefactors in the North. This is pushing countries in the South to develop mission promotion activities and start income-generating projects.
On the other hand, a greater consciousness of the urgent need for mission in Europe is emerging. The boundaries between evangelization and mission promotion are ever more blurred. We now speak of missionary action, which reflects the fact that evangelization and mission promotion overlap.

A new paradigm emerges
Pope Francis in his Apostolic Exhortation Evangelii Gaudium (EG), presents a theological reading of the new epoch and suggests a new paradigm of mission, no longer simply geographically but existentially based. The Church is called to overcome her own self-centredness and to go forth to all human peripheries where people suffer exclusion and experience the hardships of economic inequality and impoverishment, social injustice and environmental degradation.
Mission is the paradigm of all pastoral action with the local Church as its subject. The missionary institutes have the role of animating local Churches to live fully their mandate of being missionary Churches that go forth to the existential peripheries. 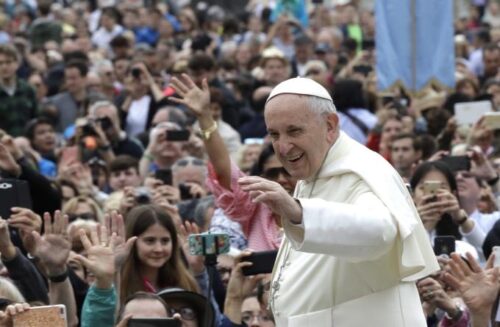 Pope Francis is re-launching the vision of the Church of the Second Vatican Council, as “the sacrament, or the sign and instrument of intimate union with God and of the unity of the whole human race”. The Church is called to gather a people who are able to go beyond her confines of belonging and walk towards the Kingdom of God.
In the Evangelii Gaudium, Pope Francis   offers four major criteria guiding the discernment of missionary ministry. First, reaching out to the peripheries, to the impoverished the marginalised, the excluded. Second, witnessing the kerygma, the communication of the Gospel, the “encounter with an event, a person, which gives life a new horizon and a decisive direction” (EG 7).
Third, prophecy as denunciation of evil in society – an economy of exclusion and the idolatry of money, inequality which spawns violence, deterioration of one’s cultural roots, secularization. Prophecy as a proposal of alternatives of more just and peaceful societies, listening to the cry and struggles of the poor, working towards the elimination of the structural causes of poverty and promoting human integral development, as well as acts of solidarity. Finally, evangelizing cultures and inculturation of the Gospel: in the words of the International Commission’s document, Faith and inculturation, inculturation of the Gospel implies that the “Gospel may penetrate the soul of living cultures, responding to their highest expectations”.

Specific ministries
Ministries are a place of encounter between humanity, the Word and the Spirit in history. Mission ad gentes tends now in focus more on human groups, especially those at the margins or at the peripheries. A ministerial approach will find a good insertion point with a contextualized pastoral approach, articulated in a plurality of services, under a shared vision and methodology.
It is an organic pastoral approach, in which all dimensions (leitourgia, martyrin, diakonia, koinonia) are present and in synergy, being the subject the whole Christian community, in communion with others. It is oriented to people’s life situations. 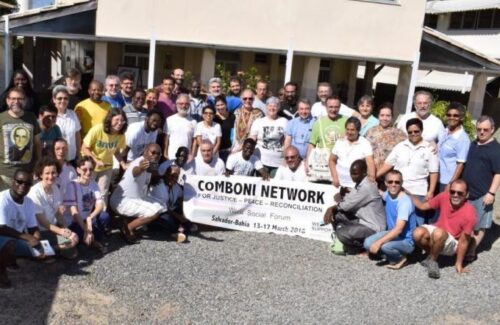 The ministerial model entails being focused on a specific setting or field, a human need, a human group, or a life situation; to proclaim the truth of the kerygma and the Kingdom of God; to be based on both, human abilities and talents, and gifts of grace; to discern and collaborate with the work of the Spirit, already operating in the history of the people; being the expression of the life arid service of a Christian community, sacrament of Christ’s presence and action in the world; a plurality of services and competences, thus the need for collaboration.
In such a perspective, Justice and Peace and Integrity of creation (JPIC), inter-religious and inter-cultural dialogue emerge as cross-cutting dimensions of mission, constituent parts of any missionary commitment.