Africa is probably the place in the world where oral tradition has had the greatest influence on the preservation and transmission of knowledge. The continent has a long tradition of writing which, in some places, has led its inhabitants to develop complex alphabets and ideograms, some of which have been created in recent times.

Egyptian hieroglyphs, called medu neter (words of God), are undoubtedly the best-known African writing system. It is an elaborate set of pictograms that combines logographic and alphabetic elements which the ancient Egyptians used to represent both meanings and consonant sounds. Hieroglyphs emerged from the preliterate artistic traditions of Egypt; they were used for the decoration and sacralization of sarcophagi and temples.  Around 800 hieroglyphs are known to date back
to the pharaonic period. By the Greco-Roman period,
there were more than 5,000. 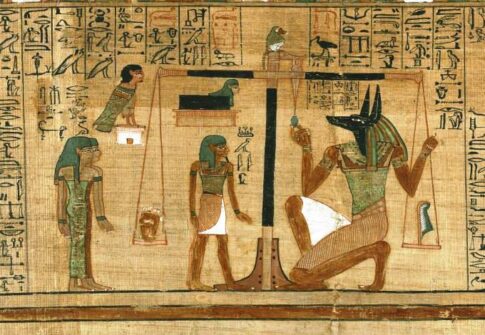 For many years, the earliest known hieroglyphic inscription was the Narmer Palette, found during excavations in the ancient city of Hierakonpolis in the 1890s, which has been dated to c.3200 B.C. The inscription was essential for the interpretation and translation of this ancient Egyptian writing.
The Meroitic was a script used during the ancient kingdom of Meroe, in present-day Sudan. It was developed in the Napatan period (about 700 – 300 B.C.), and first appears in the 2nd century B.C. To date, although it is known that it was originally derived from Egyptian hieroglyphs, it is poorly understood, owing to the scarcity of bilingual texts. The Meroitic alphabet continued to be used during the Nubian kingdoms, which rose after the collapse of the kingdom of Meroe, until it was definitively superseded by the Coptic alphabet with the introduction of Christianity into Nubia in the 6th century A.D.

The Somali language writing system
The Osmanya alphabet is a writing script created to transcribe the Somali language writing system invented between 1920 and 1922 by Osman Yusuf Kenadid, brother of the Sultan of Hobyo. Kenadid devised the script at the start of the national campaign to settle on a standard orthography for Somali. Although it enjoyed considerable popularity, it faced strong competition from the Latin and Arabic scripts. 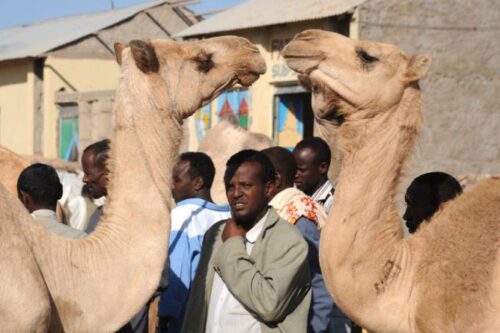 In the sultanate’s local schools, news of the Osmanya alphabet’s creation spread rapidly, so much so that the Italian authorities, fearing it might spark anti-colonial revolts, arrested and imprisoned Kenadid in Mogadishu. His arrest marked the decline and fall into disuse of this script for the following 25 years. However, after World War II, when nationalist sentiments grew among Somali people, who created the Somali Youth League, and led to Somalia’s independence from Italian and British rule, there was a revived interest in the Osmanya script.
Later, in the 1960s, Shire-Jama-Ahmed, a Somali linguist devised a unique Latin script for transcribing the Somali language and presented it before the Somali Language Committee, an organization in charge of settling Somalia’s outstanding language issue and so, in October 1972, the government of President Mohamed Siad Barre decided to exclusively adopt the Latin alphabet. Despite this institutional attack, the Osmanya continued to be rather popular among the Somali population and some magazines and books written in this alphabet were even published.

The Ge’ez and the Beria scripts
Ethiopic is Africa’s oldest and most developed living alphabet. The Ge’ez or Ethiopic script was used during the times of the ancient Aksum empire, which between the 1st and 7th centuries A.D.  exercised its hegemony in the Horn of Africa and southern Arabia. Later, the Ge’ez script was adapted to write other, mostly Semitic, languages, particularly Amharic and Tigrin. Several royal stelae with inscriptions in this Ethiopian alphabet have been preserved. 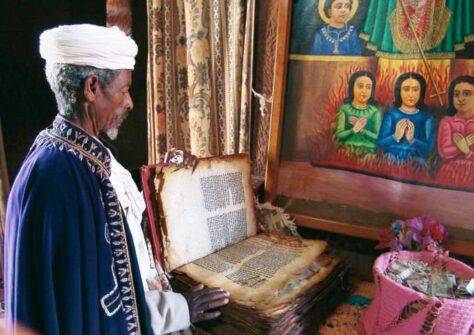 Ge’ez was at its height between the 5th and 6th centuries, when the Bible was translated, despite the fact that Tigrin began to replace it as the everyday language in the 9th century. The prestige of the Ge’ez alphabet survived and was maintained thanks to its use as a liturgical and court language. Thus, today it is still used in the rituals of the Ethiopian and Eritrean Orthodox Tewahedo Churches.
In the 1950s, a new alphabet called beria was proposed for the Zaghawa language spoken in Darfur and Chad, by Adam Tajir, a Sudanese school teacher, who based this indigenous alphabet on the brands used on camels and other livestock by the Zaghawa people; that is why the beria alphabet is also known as the ‘camel alphabet’.  Although the Zaghawas live in one of the poorest areas in the world, some of them created a YouTube channel in 2012 with the purpose of teaching and spreading their language. They currently also advocate the Beria Keyboard Project, an initiative to bring the Beria Zaghawa language into the digital world, to allow Zaghawa speakers to write in their native language online, and to promote the preservation and growth of their language and culture.

Cameroon, Nigeria, and Guinea
Named after its first four letters, A-KA-U-KU, the Bamum script was invented in the late 19th century by King Ibrahim Njoya, the 17th king of the Bamum of western region Cameroon. This script was made with the intention to preserve and transmit the history of the king’s people, since back then the only method of transmission was oral. King Ibrahim Njoya realised the inherent risk of misinforming, thus during his reign, he ensured that all levels of his government and educational institutions learned and taught this script. In its initial form, the Bamum script consisted of 465 characters, but the final version was reduced to 70 characters and 10 numbers. 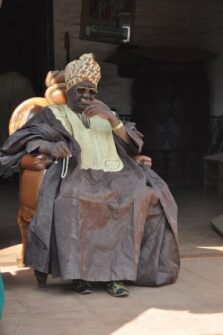 Due to tensions between the French government and King Ibrahim Njoya, leading to his subsequent exile, the script fell into disuse and replaced by the French language. As a result of this, most Bamum have forgotten it. The current sultan, Ibrahim Mbombo-Njoya, promoted the creation of the Bamum Scripts and Archives Project in 2005, and converted his palace into a school where students are taught the alphabet created by his grandfather.
Nsibidi is an ideographic system developed in what is now southeastern Nigeria. It is mainly used by the Ekoi people. The first symbols appeared on ceramic fragments dated between 400 and 1400 A.D. Since then, more than 500 have been registered.
Knowledge of nsibidi came in 1904 when T.D. Maxwell wrote down the symbols and made them known to the scientific community. Before the British colonization of the area, the nsibidi was divided into a sacred version, forbidden to women, and a public version, for common use.  Aspects of colonisation such as western education and Christian doctrine drastically reduced the number of nsibidi-literate people, leaving the secret society members as some of the last literate in the symbols. Nsibidi was, and still is, a means of transmitting
Ekpe symbolism.

West and North Africa
The adinkra code is a rich set of symbols developed over 400 years ago by the Akan people of Ghana. It is used to represent concepts and aphorisms. Symbols were stamped on textiles and ceramics to reinforce the oral transmission of a complex set of practices and beliefs.
The N’ko alphabet was invented by Guinean writer and inventor Souleymane Kante in 1947. It began to be used in the city of Kankan, as a script for the Mandinka language. From there, its use spread to the neighbouring countries and was quickly adopted to write West African languages ​​belonging to the Mandinka group such as Bambara or Dyula. The script has a few similarities to the Arabic script, its direction (right-to-left) and the letters which are connected at the base. N’ko is currently considered a key element in the development of African indigenous historiography. The first works written by Kante, on topics as diverse as history, religion, economics, or astrology, are digitally preserved in the ICRA-N’KO Association. Mande Afro-descendants living in the United States established the N’ko Institute of America to teach reading and writing in this language and spread Mande culture and history through this alphabet. The Tifinagh alphabet is still used to write Berber languages ​​such as Tamazight or Tamashek in several areas of Sahara. Its oldest form dates back to the 3rd century B.C. and was used throughout North Africa until the end of Roman times. In 1965, young Berbers eager to promote their culture created a cultural association whose goal was to revive this native script in order to use it to transcribe all the variants of Berber languages which, until then, were usually written in Arabic or Latin characters.
There are currently two versions of this alphabet: the traditional Tifinagh, linked to the Tamashek language, and the Neotifinagh, a slightly modified version of the traditional script, which is used to write Tamazigh and which was recognized as one of Morocco’s official languages in 2003.  The recognition was perceived as a revenge of the ancient Berber culture of North Africa against the Arab culture. Since then, the neotifinagh script has been introduced in Moroccan public schools while publications, although still scarce, continue to be produced in this alphabet.
In general terms, and despite having been subjected to persecutions in the past, the majority of native African scripts are experiencing a renaissance. This is due to the identification that the different peoples feel towards their languages ​​and alphabets, which have therefore become banners of their identity claims. This trend encourages optimism regarding the preservation and continuity of Africa’s cultural heritage.