The latest ‘Peace’ plan, the so-called ‘Deal of the Century’ by US President Donald Trump has added more pressure on King Abdullah.

Jordan plays a crucial role in President Trump’s ‘project’, which at its essence implies the retirement of the two-state solution (Israel and a Palestinian State, entirely independent, comprising of the entire West Bank, the return of Israeli Settlements in the Occupied Territories and Gaza with East Jerusalem as Capital). Rather, Trump’s plan places the proposed Palestinian ‘State’ (a mere scrap of what was envisaged by the Oslo Accords 1993/1995) under Jordan’s protection. 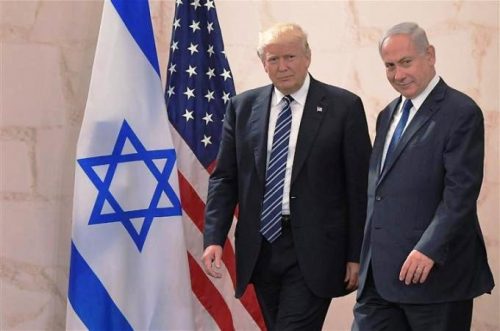 Under the plan, the problem of the refugees would remain unsolved, as these would continue to live in Jordan without the benefit of naturalization, since granting citizenship would run counter to the monarch’s efforts to add more balance in the population, already dominated by the Palestinians. The legacy of Black September having not faded. The two-state solution would have favoured Jordanian stability and King Hussein was one of its leading sponsors. Still, King Abdullah may sincerely reject the Deal, and he also knows that those who drafted it, and who would finance some of its more ‘generous’ aspects, are the Americans and the Saudis. However, given that those same Saudis and Americans have sustained Jordan’s economy, the Jordanian monarch does not have the luxury of independence on the matter. Abdullah might be pressed into accepting the Deal. Without a regular flow of aid, Jordan’s governments will be forced to lift subsidies, triggering widespread protests. Accepting the Deal, of course, would compromise the relationship between the Hashemites and the Palestinians. That may be a more digestible poison, because Palestinians dominate the private sector, while Jordanians dominate the public arena; therefore, the Palestinians have the most to lose from economically motivated protests. 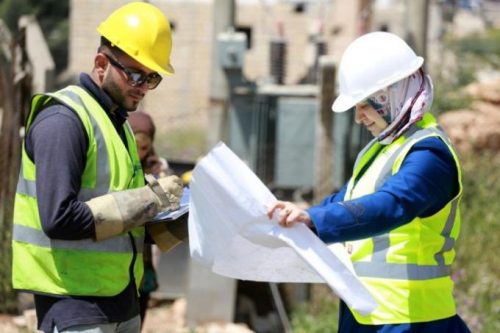 A small minority of Palestinians dominate the private sector and the professions in engineering, finance, trade, and construction. However, most Palestinians reside in the poor suburbs of the main cities, while the ‘native’ Trans-Jordanians inhabit the rural areas. The electoral laws have exploited this distribution, maintaining the balance of power in favour of the tribes.  Rural areas get a level of parliamentary representation that exceeds their demographic strength. At the same time, the Palestinian dominated urban and suburban areas suffer from under-representation. The result is that the Transjordanians will always make up the parliamentary majority. This pattern creates both evident political obstacles as well as social ones. Even though economic policies such as subsidy cuts, unemployment, and the raising of taxes affects all citizens, the communities continue to impose obstacles against one another. 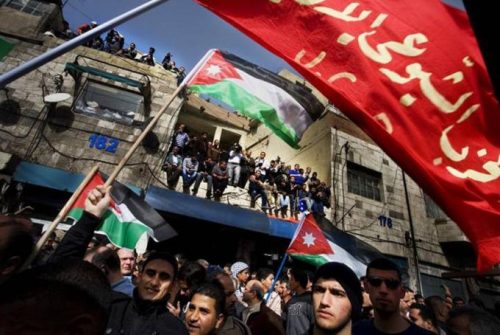 The 2011 protests, for example, had to avoid Palestinian nationalist symbolism, preventing the formation of shared socioeconomic interests based on class rather than ethnicity. Still, the International Monetary Fund can often succeed in unexpected ways.
During a series of protests over Prime Minister Hani al-Mulki’s proposed widening of the income tax in 2018 to meet IMF conditions to secure a new credit line to the government, ethnic divisions were drowned in a general sense of economic malaise as the demonstrations engaged the middle and higher bourgeoisie (both Palestinian and Jordanian) such as medical doctors, lawyers, and other professionals. The more impoverished strata of the population joined the protests because they had to endure rising prices for services and higher prices for staple goods because of subsidy cuts. Ethnic divisions, as elsewhere in the world, have mere relative value in contexts of higher income. 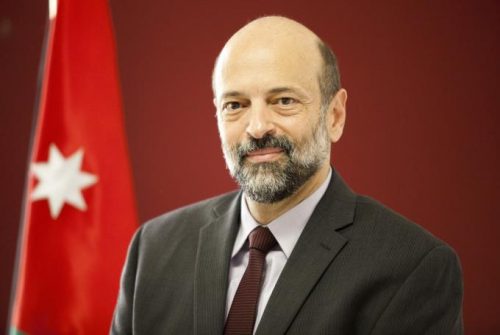 Interestingly, the income tax protests offer a textbook example of how the Constitutional monarchy uses parliamentary democracy to its advantage, shielding him from social discontent even as it wields almost all executive power. The professionals who protested in the streets took care to avoid blaming the monarchy for the higher costs of living caused by the new taxes, focusing their anger on the elected representatives of government instead.  Thus, the King forced Mulki’s to resign, replacing him with Omar Razzaz, who reversed the income tax law. Abdullah’s decision to remove al-Mulki reflects an effort to appease the uprising, which if left unheeded, could have provided opportunities for the Muslim Brotherhood and Salafist groups to take control of the protests away from the secular opposition groups. (A.B.)