In the African context, Angola, a country with a population of over 33 million inhabitants, has always represented in one a mirage and a contradiction: the mirage of overflowing riches from oil and diamonds but also a contradiction due to the poverty of its peoples.

War has always been the master: from 1961 to 1975 to free itself from the Portuguese colonial yoke; from 1975 to 2002, the year of the death of the leader of the main opposition party-army, Jonas Savimbi of Unita, in the form of civil conflict. Internal conflicts were already the order of the day before gaining independence. Suffice it to say that the liberation movements – MPLA (Popular Movement for the Liberation of Angola), FLNA (National Front for the Liberation of Angola) and Unita (National Union for the Total Independence of Angola) – simultaneously declared independence, on November 11, 1975, in three different points of the country. This was the premise of the long civil conflict that sorely tried the country for so long. Tensions only relaxed when, at the international level, the People’s Republic of Angola was recognized. Led by Agostinho Neto of the MPLA, the new republic was supported politically and militarily by the Soviet Union and Cuba. The United States did not officially recognize the former Marxist-Leninist Angolan government until 1993, after the constitutional change the previous year. The Angolan contradictions are all to be found in this long conflict, the result, in large part, of the Cold War, but also of the thirst for personal power of its different protagonists. The main interpreter of the civil war, Jonas Malheiro Savimbi, leader of Unita and a great admirer of Che Guevara, found himself forced into accepting the embarrassing help of the racist South African regime and, in the background, that of America.
With the fall of the Berlin Wall, the international picture changed dramatically, and at the end of 1999 the British Foreign Secretary, Peter Hain, declared that Savimbi was one of the main British targets, similar to Saddam Hussein or the Serbian Slobodan Miloševic. In short, a war criminal. 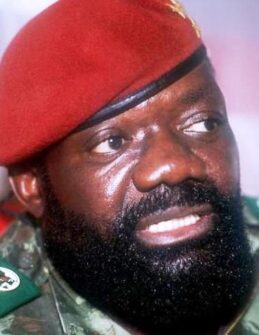 Jonas Savimbi, leader of Unita. He was killed in a clash with government troops in 2002.

The MPLA, with Soviet protection, had established a climate of terror, symbolized by the tragic events of May 27, 1977, when Agostinho Neto and his closest collaborators ordered the capture, torture, deportation, and immediate shooting of a number of people ranging between 40 thousand and 50 thousand. The reason? The alleged support of the victims for the policy of the Minister of the Interior, Nito Alves, expelled from the MPLA and the government with the infamous accusation of ‘factionalism’. This dramatic page in Angolan history led to the hardening of the regime of Agostinho Neto and his successor, José Eduardo dos Santos (in power from 1979 to 2017).
The latter established a model of state now seen as an example of kleptocracy, neopatrimonialism and corruption for all of Africa. Even today, under the presidency of João Lourenço, the harmful effects of that model for the population are being felt. Economically, this meant privileging in public policies two fundamental axes: oil, as the driving force of the economy, and defence, as a crucial sector.

A moving picture
Angola is making a transition from a personalistic and familial regime – centred on the figure of José Eduardo dos Santos and his closest family members, his daughter Isabel in the first place – towards a system in which the party is trying to take back the reins of power for too many years monopolized by the ‘emperor’ dos Santos.
However, the contradictions are exploding, leaving, for the first time, ample and interesting room for manoeuvre for the opposition, in view of the next elections this year. The main contradiction concerns precisely the first term of the Lourenço presidency. Started under the best auspices, with the attempt of a fight without quarter to corruption, also with trials moved by the Angolan judiciary with a high symbolic value against the children of the former ‘emperor’ – Zenu and Isabel dos Santos  – the fight against corruption quickly lost its effectiveness. The party and state apparatus, accustomed to lavish prebends, ‘extra’ emoluments deriving from widespread and profound corruptive practices, have in fact stopped the action of Lourenço, also involved, recently, in some financial scandals that have tarnished his image. 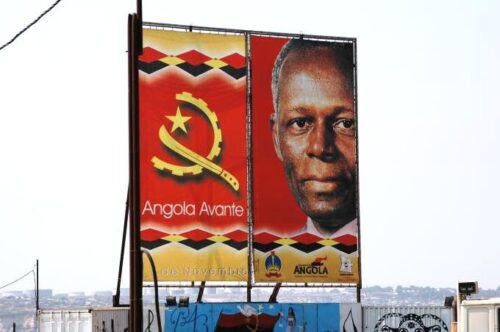 Together with his wife, Ana Dias Lourenço, and other senior Angolan officials, he is in fact being investigated by the American justice system – according to Pangea Risk –  for corruption, illegal banking practices, bank fraud linked to the purchase of real estate in the United States, and an attempt to defraud the US Department of Justice. If all this were to be proved, then Angola would no longer have access to the more than 2 billion euros already agreed with the World Bank, within the debt suspension program. A figure that represents 4.3% of Angola’s GDP, and that would give breathing space to the coffers of a state that no longer has the wealth of the past and to a public budget whose debt has now exceeded 135% of gross domestic product. The opposition – led by Unita and its leader, Alberto Costa Júnior – united under an electoral cartel, the United Patriotic Front (FPU), are entering into this political crisis of the MPLA and the government. On the other hand, popular discontent – which has repeatedly resulted in strikes and public demonstrations, including violent ones, against MPLA and the government, as well as in very critical positions by several local rappers – have helped to increase awareness of the need for greater civic consciousness and changes in the politicians’ approach to public affairs.
All these movements that intersect civil society and political opposition would like to reverse a situation that sees Angola as a country classified by Freedom House as ‘not free’, with a score of indicators related to its democracy of just 31 points out of 100, and a result on the transparency of electoral processes of 0 out of 4.

The end of oil as the only resource
José Eduardo dos Santos’ system of power was based, in large part, on the exploitation of oil. To date, the latter contributes 50% to the country’s GDP, and almost 90% of exports. However, this model, in fact monocultural, has long since entered into crisis, and a rethink is necessary.  Angola’s largest oil company, Sonangol, reduced its earnings by more than half in 2020, from a capital gain of more than $17 billion in 2017 to just $6 billion in 2020. This is due, to a large extent, to the decrease in the price of crude oil, while Fitch’s forecasts point to a steady fall in oil revenues, due to the government’s inability to invest heavily in the sector.
Faced with this picture, the only possible choice is the reconversion and diversification of the economy: a very complex process that will take time and require the political and technical skills to bring the country out of dependence on oil. But it is an inevitable process, if we consider that Angola has recorded negative growth of its GDP since 2016, accentuated by the pandemic (-4% in 2020). Angola’s greatest contradiction is that, despite being the third-largest oil producer in Africa after Libya and Nigeria, its population is still in sometimes extreme poverty. About half of Angolans are considered poor, with a high concentration in inland regions. Cunene, Bié, Luanda Norte, and Huíla are considered the poorest regions, according to official data published in 2020 by the government. That year is considered catastrophic for the south of the country, with Huíla as the most affected territory. Here, the drought that has continued since 2012 has led to a drastic reduction in food supplies, and several humanitarian organizations have repeatedly denounced the absolute lack of initiatives on the part of the government.  Strategic sectors, on the other hand, have traditionally been marginalized by government policies. The most obvious example of this is agriculture. 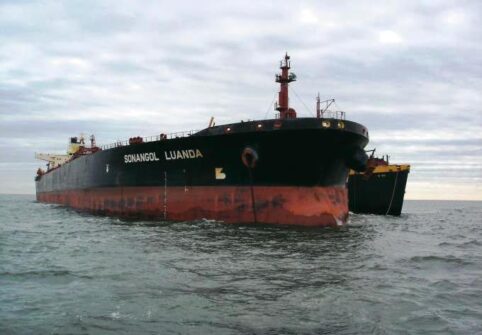 As confirmed by the same words of the former Minister of Agriculture and Forestry himself, Marcos Nhunga, this sector is far from receiving – as established by the Malambo Declaration of 2014 – at least 10% of the public investments established by the financial institution. On the other hand, the defence sector continues to absorb many public resources. While, in 2016, it absorbed 13% of public spending, today the figure is close to 8%, and still very high, considering that education receives just 5.3%, health 5%, and social protection 3.27% of the budget. The path towards a more balanced and equitable model of development, in short, is still a utopia, given that the oil-defence pairing continues to monopolize the Angolan government agenda.
The transition that has begun seems to be proceeding at a pace and timing that is far too slow for people who continue to live in miserable conditions, with no concrete prospects for any immediate improvement in their lives.