From the Maghreb to Southern Africa, a myriad of flavours, aromas and colours. A journey through past and present tells of the rich traditions in the art of African food.

Fonio is an ancient cereal that is resistant to drought. It is one of the oldest crops cultivated in West Africa, from Nigeria, through Benin, Burkina Faso, and Mali as far as Guinea Bissau. Fonio is wild and grassy (Digitarla exilis), appreciated and known from the distant past, so much so that it is mentioned in the cosmogony of the Dogon people. They call the seeds ‘the seed of the world’ and believe them to be so.
In practical terms, this cereal, unlike rice, for instance, does not need much water to grow and is a concentrated source of precious nutrients. 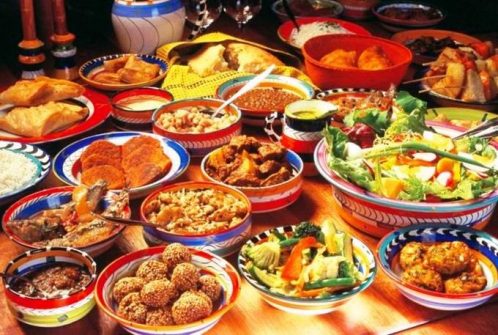 The seed of the fonio is 85% carbohydrates, 10% protein, 3.5% fats as well as the mineral salts so necessary for physical well-being, such as zinc, manganese and magnesium. It is low in sugars and rich in methionine and cysteine, amino acids essential for good health, which the organism can only absorb through food. It is for these reasons that fonio, through internationally known African chefs, has been discovered by the West.This discovery is of great interest to scientists studying climate change as well as researchers seeking answers to hunger and famine. Fonio, because of its characteristics and its minimal requirements for cultivation, may help to solve some of the structural problems in various parts of Africa. 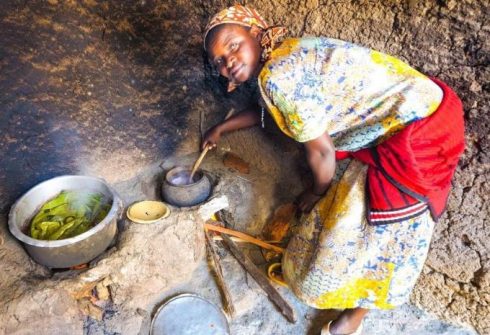 This gave rise to the Yolélé Foods Corporation, started by the famous Senegalese chef Pierre Thiam. The Yolélé Foods team aims to support the agricultural communities of West Africa and especially the people living in the Sahel Belt, by means of the cultivation and sale of fonio.
The aim is to provide new work opportunities for young Africans and, at the same time, improve nutrition in many communities. There is a paradox in that a number of countries import white rice from Asia or Europe instead of promoting the cultivation of this ancient cereal described by the experts as a ‘super food’ for its nutritional properties.

Translated in various ways such as ‘black-eyed beans’ or ‘the bean with one eye’, the niébé is a plant of the legume family and belongs to the species Vigna unguiculata (L.) Walp. It is typical of the African tropical savannah. Before the discovery of the Americas, it was the ancient Greeks and Romans who cultivated this bean in Europe. Afterwards, the common bean was brought from the New World, taking the place of nearly all the African varieties. However, the niébé bean has very important nutritional qualities as it contains protein (around 20%), folic acid, iron, calcium and zinc. 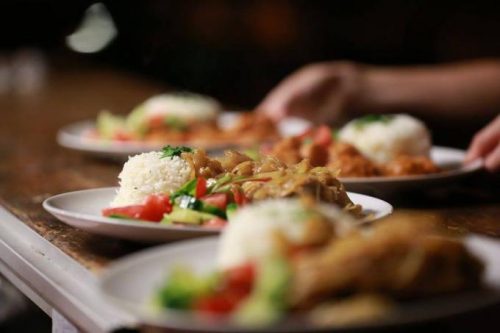 Even NASA scientists have studied the characteristics of this legume which could be a source of nutrition when cultivated in a space station. In some areas of West Africa, projects are afoot to help communities modify their traditional techniques of drying and storing the product.
Burkina Faso is one of the most active countries in this field (it is acquiring harvesters, for example) and is promoting this kind of cultivation by means of a specific programme to develop the fibres of the niébé. More widespread cultivation of this legume, so rich in protein, can help to improve the nutrition of many needy families.

Zanzibar, an island off the east coast of Tanzania, has from ancient times, been at the centre of the spice business, so much so that it has bears the marks of Oriental influence. It is no accident that the local cooking has been influenced by many different cultures. Arabs, Indians and Portuguese have bequeathed culinary traditions and rites. Dishes like chapati (Indian bread, similar to unleavened bread) and samosa (savoury fritters filled with meat or vegetables) are to be found in other parts of Africa such as Mozambique and Kenya, but also in India, where they are served in all restaurants. 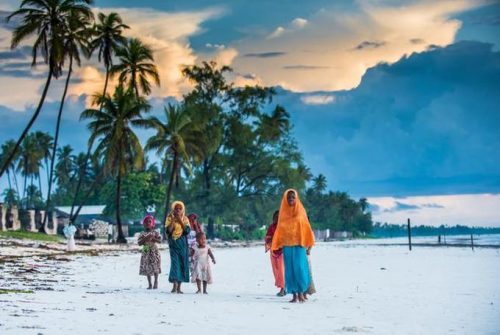 In Zanzibar, due to the favourable micro-climate, different spices are grown such as cinnamon, turmeric, cardamom, pepper and cloves. One of the typical recipes of the island and of all Tanzania, is the Pwewa wa Nazi made from octopus, potatoes, coconut, garlic, onions and spices like cinnamon, cardamom and curry. It is a nourishing dish and a source of energy.Madagascar is one of the major producers in the world of vanilla. Originally native to the tropical forests of Central America, it was brought to the island of Zanzibar in the mid-eighteen hundreds by the French. Part of the family of orchids, and classified by botanists as vanilla planifolia, it found there a fertile soil to develop and spread, especially in the Mananara Nord Biosphere.

One of the typical dishes of country people has been, and still is, polenta. But if you think it is a recipe typically from north Italy, you are wrong because it is also part of the cooking traditions of the African people. Nelson Mandela, writing in his biography ‘The Long Walk to Freedom’, recalls that, as a child, he would eat polenta made from semolina together with beans. In Africa polenta is prepared using various types of flour such as millet, rye and maize, depending on the region and local custom. 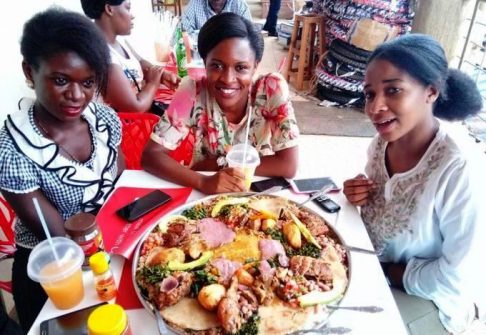 This food has enabled many African mothers to nourish their children with a simple but energy-giving food. Maize, millet, barley and rye contain a good amount of carbohydrates and some protein. For example, 100 grams of millet contain 11.02 grams of protein; 100 grams of rye contain 10.34 grams of protein. Combined with legumes, polenta nourishes without bloating the stomach, and provides tryptophan, an amino acid that helps to regulate moods and sleep. In some African countries, like Nigeria, manioc flour is used to prepare polenta.