The UK and Rwanda have signed an unprecedented deal to transfer asylum seekers to the tiny African country in return for a cash package. NGOs, opposition parties and UN bodies disapprove.
Rwanda’s President Kagame denies that that deal may consist in trading human beings, while Denmark is considering to follow UK’s example.

On the last 14 April, was signed the Rwanda-UK Migration and Economic Development Partnership which could allow the transfer of dozens of thousand refugees to the African country. The deal was made in the context of a more than threefold increase during 2021 of the flux of migrants and refugees into the United Kingdom which amounted to more than 28,000 people having crossed the Channel.
They came from West Africa and the Horn of Africa, from the Middle East and from Afghanistan. According to the UK government, most are just looking for better economic opportunities and are victims of human beings trafficking cartels. Besides, curbing illegal migration and regaining control of UK’s borders was one of the main objectives of the Leave Campaign in the 2016 Brexit referendum. According to a recent opinion poll conducted by Ipsos, 59 percent of the UK citizens consider that their government is not doing enough to stop Channel crossings. 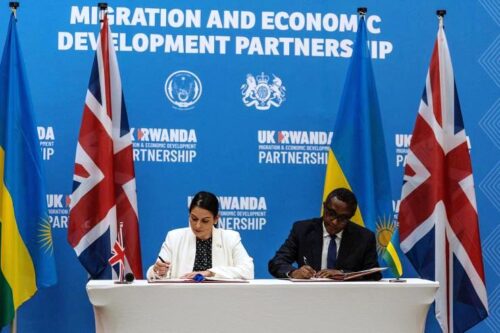 The UK-Rwanda deal is of the Home Secretary Priti Patel’s Nationality and Borders Bill, approved by the Commons on the 28 April 2022. In a joint address, published ten days earlier, Patel and the Rwandan Foreign Minister Vincent Biruta claim that the initiative which they call an “innovative solution” emerged as a response to the collapse of the global asylum system and will set an international standard.
As a result, it will be no longer possible for asylum seekers to apply for a residence from the UK territory but only outside the country. Furthermore, entering the UK territory without visa will be considered as a criminal offence which can be sanctioned by a four-year prison sentence.  Migrants who arrived in the UK since January 1 will see their asylum claims processed in Rwanda and not in the UK “Those whose claims are accepted will then be supported to build a new and prosperous life in one of the fastest-growing economies, recognised globally for its record on welcoming and integrating migrants” says a UK government statement. Accordingly, the deal will ensure that those in need of protection will be safe and secure in a host country recognised globally for its record on welcoming and integrating migrants. Rwanda already hosts 130,000 refugees, including endangered migrants evacuated from Libya at the request of the UNHCR.
Under the programme, migrants will be entitled to full protection under Rwandan law, equal access to employment, and enrolment in healthcare and social services. Furthermore, the UK will invest £ 120 million to fund opportunities for Rwandan and migrants including qualifications, vocational and skills training, language lessons and higher education. 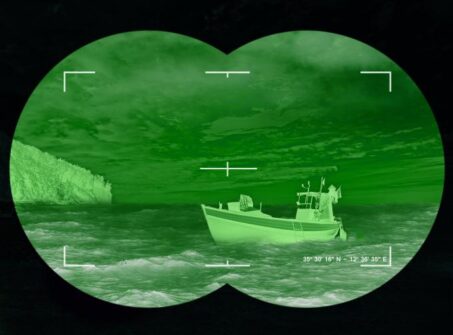 Abandoned boat on the coast. © Can Stock Photo / Nightman1965

According to Prime Minister Boris Johnson, tens of thousands of people could be resettled to Rwanda in the years ahead. Johnson says the plan is “fully compliant” with the UK’s international obligations, but he expects it to be challenged in courts and admitted that the system would not take effect overnight.
The plan sparked indeed an outcry in the UK. Labour Party Leader, Keir Starmer called it “a desperate announcement by a Prime Minister who just wants to distract from his own law breaking” (of Covid lockdown rules in June 2020). The Archbishop of Canterbury and Church of England’s most senior cleric, Justin Welby said that sending asylum seekers overseas posed “serious ethical questions”. The UK branch of the United Nations Refugee Agency UNHCR considers that such agreements are often “eye-wateringly expensive, often violate international law” [and] “lead to the use of widespread detention”.
Enver Solomon, chief executive of the UK-based charity Refugee Council argues that “sending people seeking asylum to be processed abroad will do absolutely nothing to address the reasons why people take perilous journeys to find safety in the UK”.  According to the US charity Human Rights Watch, there is a contradiction between the UK’s description of Rwanda as a “safe country” and its call to the Rwandan government in 2020 to “model Commonwealth values of democracy, rule of law and respect for human rights”. 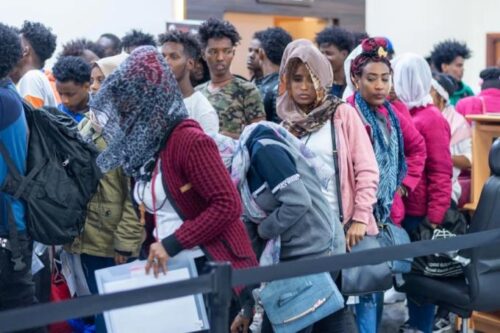 A group of refugees arrive at Kigali International Airport after a life-saving evacuation flight to Rwanda from Libya. © UNHCR/Eugene Sibomana

The Joint Council for the Welfare of Migrants, considers that “offshoring” asylum seekers is a “tried-and-failed mode” since “a similar deal made by Israel with Rwanda in 2013 led to refugees being detained, beaten up in prison and ultimately paying smugglers to escape Rwanda”. There is a risk to violate the 1951 Convention on the status of refugees of which the UK is a party, add critics whose list includes some Conservative MPs such as the former PM Theresa May.
In fact, many estimate that the policy’s success will not so much depend on the numbers of asylum seekers relocated to Rwanda but rather on its potential deterrent effect on would-be migrants. Yet, the path to such a program is fraught with obstacles. Indeed, the UK remains bound by international law and is responsible for offering protection to some asylum seekers, such as unaccompanied children, those with family ties in the UK and members of vulnerable groups.
There has been also an opposition from the African Union to the prospects of a similar Danish deal that was discussed in 2021. The Rwandan government has already stated it will not accept relocation of citizens from other East African countries or those with criminal records. The agreement’s flexibility also leaves the UK free to allow “sympathetic” asylum seekers who have not used “safe and legal pathways”- for example Ukrainians – to nevertheless claim asylum in the UK. Human rights groups wonder why Rwanda accepted the deal when Ghana and Kenya rejected similar offers. 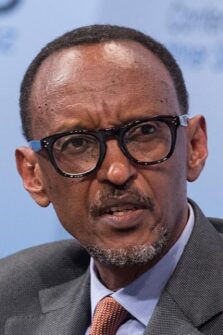 In Kigali, few citizens dare criticise government policies but Frank Habineza, President of the opposition Democratic Green Party crossed the Rubicon and questioned the legality of the deal. “Conflicts are inevitable. When people come in and you say you are going to give them 120 million pounds and they are going to live a very good life whereas Rwandans they don’t have anything the same way as that, then be sure there will be conflicts”.
President Kagame showed unimpressed by the critics. He told participants to a virtual seminar hosted by the Brown University in the US: “We are not trading humans”, “We are actually helping”. Kagame made a specific mention of a previous decision by Rwanda to welcome Libyan refugees at the request of the UNHCR in 2018 when he was AU chairman, reminding that these refugees “were stuck in Libya trying to cross to Europe. Some had already died trying to cross into the Mediterranean, others were kept in prisons in Libya”.  “We are not involved in buying and selling of people, with the U.K. or anybody”, pursued Kagame.
The UK-Rwanda Agreement may encourage other high-income countries to externalize migration management, deplores the www.migrationpolicy.org website. Beside the UK, Austria has also eyed the option of offloading the responsibility for asylum seekers to third countries. On the 20 April, The Danish government opened talks with Rwanda on a similar plan to transfer asylum seekers, which are in line with a law passed in 2021 which allows refugees arriving on Danish soil to be moved to asylum centres in partner countries. At the time, the move was criticised by the UN and the EU and Denmark which approached Tunisia and Ethiopia failed to find such partner.
The EU Commission said relocating refugees outside the EU is not legal. But Denmark is exempted from some EU rules, including on asylum, due to an opt-out. (Open Photo: Refugees at the Emergency Transit Mechanism in Nyamata, Rwanda. © UNHCR/Will Swanson)