In Mexico City, from 21 to 28 November, the first ecclesial Assembly of Latin America and the Caribbean will take place with the motto ‘We are all out-going missionary disciples’.

The project originated with the dialogue between Pope Francis and the Latin American Episcopal Conference (CELAM) which, in 2019, during its XXXVII General Assembly, proposed to have a VI General Conference of the Latin American episcopate. This followed those held in Rio de Janeiro, Brazil, in 1955, in Medellín, Colombia, in 1968, in Puebla, Mexico, in 1979, in Santo Domingo, the Dominican Republic, in 1992 and in Aparecida, again in Brazil, in 2007. The conclusions reached gradually configured an ecclesial tradition and magisterium proper to the continent. Pope Francis not only believed it useful and necessary to have a new meeting in Latin America but launched an even greater challenge to the bishops, one that is more up-to-date and typical of its pastoral policy: to hold in this continent an ecclesial Assembly
with a synodal character. 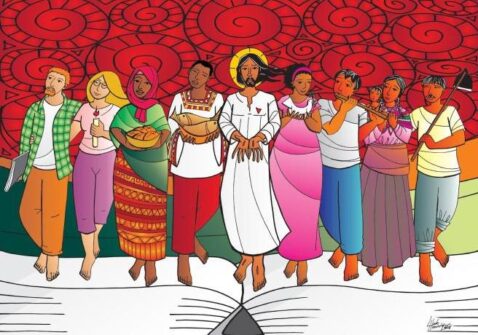 CELAM itself specified that ‘The Episcopal Conferences of Latin America and the Caribbean have set in motion the acts and objectives of the Aparecida Document but, fourteen years after the event, it was difficult to have consolidated data concerning the continent during these years. For this reason, the Holy Father Pope Francis said that there are many Aparecida proposals still pending and he therefore encouraged the CELAM bishops to hold a meeting to study those guidelines in light of the new challenges of our times’ and ‘promote a Latin American and Caribbean Church with that outgoing, missionary and synodal spirit’.
The objective of the Assembly will be to ‘respond to the present-day pastoral challenges faced by the Church in the region and to study the proposals formulated in Aparecida’, having as its goal the years 2031 and 2033 when the 500th anniversary of the Guadeloupe event and the 2000th anniversary of our redemption will be celebrated. With this Assembly, the situation of our peoples will be contemplated, the present-day challenges will be studied, especially in the context of the Covid-19 pandemic, new impetus will be given to pastoral commitment, and new ways will be sought so that all may have life in abundance’.

A missionary and synodal church
The Ecclesial Assembly of Latin America and the Caribbean has set in motion a process of listening to the entire People of God to generate various means of dialogue and activities that will be ‘the thread that joins from within the whole process of discernment before and during the Assembly’. It will last until mid-July. 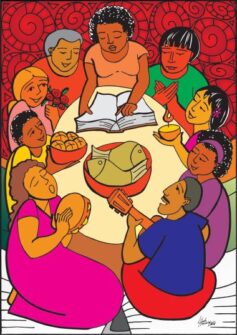 Mauricio López, the coordinator of the Listening Committee, has promised that, “We aspire to have the full and ample participation of the People of God who are pilgrims in Latin America and the Caribbean so that this Assembly may be a real celebration of our ecclesial identity at the service of life”.
Lopez adds that, “This event is intended to be a true expression of a presence that embraces the hopes and desires of all the people who make up the Church, the People of God, especially in this time of deep crisis”. All men and women of the Church may take part.
Faced with this situation, “coherence with the proclamation of the Gospel of Jesus will be the living gesture that makes our process relevant, and we must listen closely to the cry of impoverished Mother Earth which is also our sister in this period of the Covid-19 pandemic and all the other pandemics of inequality and exclusion that this moment reveals”.
Through a video message, Archbishop Eduardo Eliseo Martin, of Rosario, Argentina, encouraged people throughout Latin America to actively participate in the Assembly: “The Church wants to listen to all the laity, to all the faithful, to the greatest number, to be able to evaluate through all of you which is the path we have to follow”.The listening process takes a similar methodology as that carried out by the Vatican’s Synod of Bishops under Pope Francis where, through different ministries or individually, people are invited to answer a questionnaire and share their reflections on several issues affecting the Church. 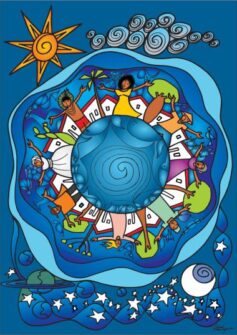 In the meantime, the ‘Preparatory Document for the Journey Towards the Assembly’ has been published. It studies some aspects of the situations that ‘challenge us as missionary disciples in this historical hour’, in light of the document and experience of Aparecida.
In this ‘Document for the Journey’, “We may find more amply the theological, historical and Biblical foundations in light of the various documents of the Universal Church as well as those of the Conferences of Bishops of Latin America and the Caribbean. It will assist personal and community dialogue and also discernment, giving rise to many contributions from the People of God while listening to each other, and in common deliberations. It is a document meant to stimulate and open dialogue”, Lopez said. 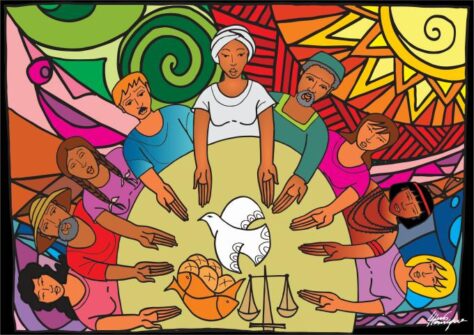 In the words of the Spanish-Bolivian theologian Fr. Victor Codina, “Francis does not wish to gather an elite separated from the Christian community that is composed of all the baptised, all of whom are capable of teaching and learning, for all have received the same Spirit, all are called to pray, speak, think, discuss and seek together the will of God”. It is not just a question of simply remembering the Aparecida Conference but to find new paths of universal fraternity and social friendship for the continent and in conformity with Evangelii Gaudium, Laudato Si’ and Fratelli Tutti, Francis does not want things to be decided from above, from the vertex of the ecclesial pyramid, still less by a clerical Church but from the base of the pyramid, involving everyone, in a Church on a journey, a many-faceted Church, under the ever-surprising guidance of the Spirit of the Lord who goes beyond all our plans”.
The Ecclesial Assembly of Latin America and the Caribbean will not only be a moment of reflection for the American continent but will also be a time of reflection in view of the Universal Synod of the Church in 2022 which will have synodality as its central theme. (C.C.)