After last year’s postponement due to Covid-19, the XI World Assembly of the WCC (World Council of Churches) will be held in Karlsruhe, Germany from 31 August to 8 September 2022.
The theme of the Assembly: ‘The love of Christ moves the world to reconciliation and unity’.

An extremely topical issue, especially in the difficult and tragic situation of the Russian-Ukrainian war into which Europe has fallen, which makes the appeal for reconciliation and peace even more urgent and necessary. Although it was decided well before the war (and pandemic) events, it may seem daring to affirm an action of God operating in history when the unfolding of events marks the defeat of fraternity and peace.
Yet precisely in this situation, the title takes on the value of a courageous confession of faith which, even in a dark time like ours, leads to renewal and hope. 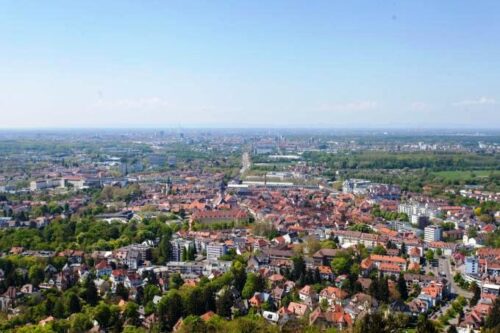 The XI World Assembly of the WCC (World Council of Churches) will be held in Karlsruhe, Germany.

From the very beginning, the themes of the Assemblies of the WCC have constituted interesting lenses with which to scrutinize the spirit of the times, the theological orientations, and the hopes of the Churches. Also, in this case, the theme of the love of Christ is a way to summarize the legacy of more than seventy years of communion of the member Churches in the work for unity, justice, and peace. At the same time, it is also a formulation that indicates the way forward for the work of the WCC: a theme that provides a yardstick for evaluating what has been said and done on the path of unity, and still is today, and last but not least, the indication of a clear eschatological perspective.
The proposal of love-agape, the heart of the Christian faith, suggests the love of Christ, the proclamation of agape, perhaps because it is considered too obvious or banal.
In reality, we are faced with the central message of the Gospel, well-rooted in the divine plan of unity and reconciliation for all human beings, which is made visible in the incarnation of God’s love in Jesus Christ. 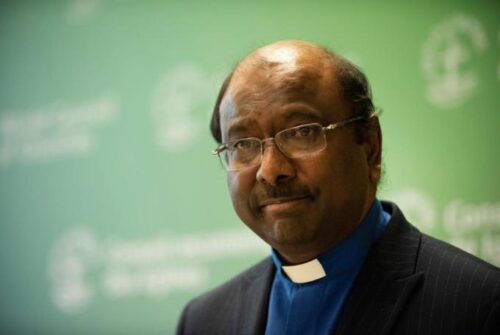 The Church, as the body of Christ (Ep 1: 22-23), receives this love and is immersed in it, bearing witness to it, and sharing it with others so that peace and justice may spread especially where the children of God are sounding the cry of suffering.
In this way, the Churches can see with new eyes the common vocation in the various spheres: in the search for communion (koinonia); in defining one’s service to each person and to creation (diakonia); in the commitment of the divine mission to love the world (Missio Dei); and in the translation into words of the common prayer for one another and for the whole world (leiturghìa).
The action of the Church, the body of Christ, is so founded and rooted in the love of the Lord that it makes us one with him, urges us to love and, at the same time, makes us love itself.

The Love-Church-World relationship
The Karlsruhe theme does not so much mention the Church, but the world, immediately indicating the task and role of the Christian community. Moreover, attention to the human community and the need to bear witness to life and faith, in the midst of world events, has always characterized the Christian Churches since the birth of the WCC.
Indeed, it is the Church, the body of Christ, who receives God’s love and feels invested with the responsibility of communicating and manifesting it to all. ‘The Church is at the service of God’s love and must constantly fight alongside those who suffer, both through her presence and her action. In sharing this love of God, the Church allows them to perceive the patient love of God in Jesus Christ on their behalf, and the Church herself is also led to a deeper experience of this same love’ (Faith and Constitution, Church and world § 38.1990). 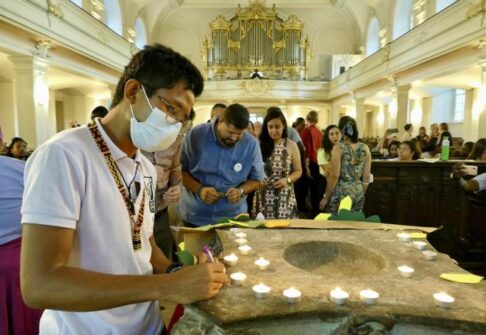 In this text the mission of the Church in the world appears clearly, as a sign of this love for those who suffer, which allows humans to experience and meet with divine compassion and, at the same time, receive a further deepening of this love.The Church, therefore, learns to be more modest in recognizing and exercising her mission, but also in admitting that not all of her members always make visible the depth of God’s love: ‘We lament our current disunity, our lack of mutual love, which make us servants of Christ a poor and mediocre sign’ (Christ’s Love Moves the World to Reconciliation and Unity, p. 17). 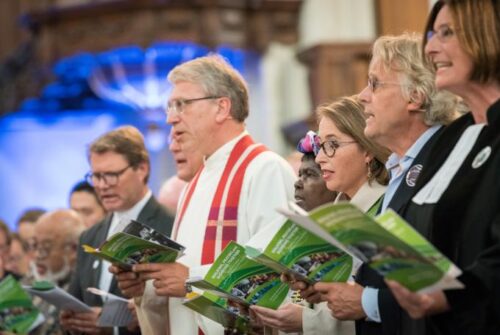 The unity of the Church, as a witness of reconciliation, needs to identify itself and be in contact with its service for the transformation of the world. Church and world, therefore, are no longer separate realities but united by the one love of Christ.
Love thus manifests all its ecumenical relevance. As human beings, we know that unity and love go together and that, more than shared ideals and projects, it is love that unites and creates unity.
Communion among Christians is not a question of reasoning intellectuals or abstract ideas, but of love. Many in the Churches are pushing for the search for unity not only to be an institutional or formal question but to be based on relationships, on common prayer and above all in mutual love. The fact of focusing on love not only unites us as Christians but also leads us to a deeper relationship with all believers and all people of good will. This is the value of universal unity proper to love. Bringing back to the centre the love of Christ ‘poured into our hearts through the Holy Spirit’ (Rom 5: 5), the WCC once again reaffirms spiritual ecumenism as the privileged and most effective way for a true ecumenism of the heart.

A new ecumenical paradigm?
In Karlsruhe, therefore, the love of Christ will catalyse the attention of the Churches and will certainly be the force that will animate them in the work to live an experience of reconciliation and unity. In this perspective, Karlsruhe can be the place where ecumenical relations are set up in a different way, shifting the focus from the ‘product’, understood as the result achieved, to the ‘production process’, that is the necessary aptitudes and qualities to reach the set goal.This means that attention to the final goal of unity and to the problems that the Churches will have to face, or to what the impact of their action will be, is reduced to the advantage of sharing in the achievement of each single goal. Consequently, ecumenism is also called to question itself about the hermeneutical changes it must undergo, that is, whether it is necessary to define a new paradigm of action and its possible declinations. 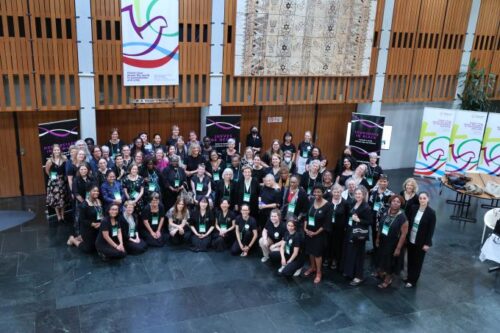 But the dynamic vitality of the love of Christ, which inspires and moves the Churches, can only suggest a paradigm in progress (dynamic paradigm) more suited to characterize the current moment.
In fact, this meaning hosts in its definition the dialogic and dialectical dynamism of love itself, allowing an evolutionary vision in tension towards fulfilment, capable of taking into account a hermeneutic of differences according to which diversity is no longer the element most difficult to manage, but the humus in which the path towards unity comes to life and advances the road to unity.
In this way, it is not so much the definition of the characteristics and requirements of unity that is increasingly delineated, but the face of the homo oecumenicus: hospitable, responsible, a disciple of Christ, one with whom all Christian traditions can collaborate and who will be able to think and act in a new way with respect to the past.
Ultimately, what is lived together as a relationship and sharing is worth more than what is studied together, and what today constitutes the mutual patrimony of intentions and commitments will be the binding force of the unity that still remains to be built, of which the next WCC Assembly will mark an important stage.