The problem of immigration. Relations with Islam. Education as a means for spreading the values of peace and tolerance; Caritas helps everyone. We speak with Msgr. Laurent Djalwana Lompo, Archbishop of Niamey.

Niger is a transit country for migrants. Many come here to try and cross the Sahara. A good number succeed but others are stopped and brought back to the border. For a number of years, the Church has been providing help to migrants. 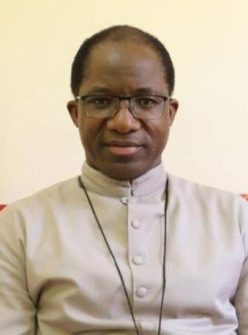 “Both in the diocese of Niamey and in that of Maradi – Msgr. Laurent Djalwana Lompo tells us – we have created ‘listening rooms’ for migrants in transit because Niger is a transit country. Many migrants are sent back by Algeria and Libya. They are wounded people who believed that, by emigrating, things would change. They return demoralised and disappointed. Many of them continue trying to cross the Sahara”.  “The phenomenon of migration – Msgr. Lompo continues – is increasing in our countries and is a clear sign that social and political policies have failed. Even if everyone has the right to emigrate, we ought to help them to stay at home. Our job is also to help them return to their countries of origin. Some find work here but it is difficult because there is unemployment in Niger. Whatever the case, we try to accompany them, helping them especially to regain some equilibrium as human beings.
Niger is a country with a Moslem majority (97%) and Christians are a tiny minority (0.10%). The total population is 23 million. The Church is committed to developing dialogue from below. Msgr. Lompo adds: “We start with ordinary people so that we may have good co-existence between Christians and Moslems and so that we can get to know and respect each other. This we do, not only at the basic level but also nationally through a commission for interreligious and intra-religious dialogue, which has intensified its work in recent years.
The members of the Commission are Catholic, Evangelical and Moslem.
We need to spend time together because we are all children of this land and, the more we respect each other, the more our hearts and all of Niger society are at peace”. 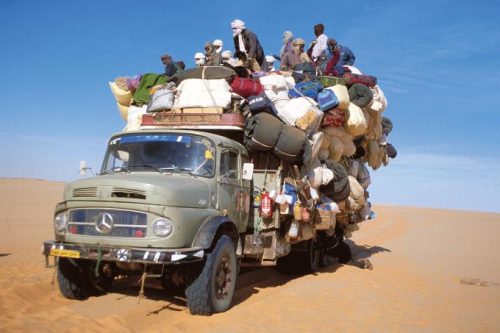 Emphasis on youth: “We are holding various meetings for the youth. We believe they are the most vulnerable social group. We believe that, if the youth are integrated and understand their own faith and if they are open to dialogue, then we can build up peace in our country. The majority of teachers in our schools are Moslem and this has never caused any difficulty. By means of teaching, we seek to educate towards values that enable us to respect each other and to life-values that will enable these children, once they have finished school, to possess this openness”. Msgr. Lompo remarks that, through Caritas, efforts are being made to provide help to  the people in need, regardless of race or religion. 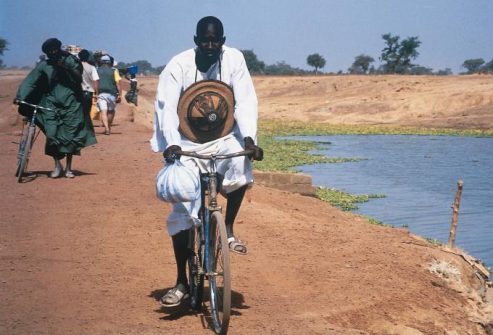 In 2015 there were some episodes of violence and some churches were burned down. Radical Islam is spreading in the region and is also affecting Niger. The Archbishop of Niamey tells us: “We see that there is a certain type of Islam that is becoming radical. The most of those people come from outside the country and are connected to certain Koranic schools. Both in the Church and in the government we are struggling to make sure the general form of Islam does not become radical, so as to avoid conflict. We are committed to this. After the events of 16 and 17 January 2015, we did not accuse the Moslem community. Those responsible were totally manipulated. We are working to prevent radicalisation, whether among Christians or Moslems, because there is a radical element in all religions. It is the extremist understanding of our religions that closes the door to others. It is the denial of respect to others that leads to conflict. We are making every effort to prevent this from happening and that radicalism does not enter the various social classes. We take great care, in both our dioceses, to see to it that Christians have an open attitude to Islam. Radicalism, no matter where it comes from, becomes unsettling and disturbing”. For years now, Niger and the entire region have been threatened by Jihadists, community militias and international crime. There are pockets of violence along the border, from Nigeria, with Boko Haram, to Libya at war, to nearby Mali and Burkina Faso. Niger has become a crossroads for the drugs and arms trades. 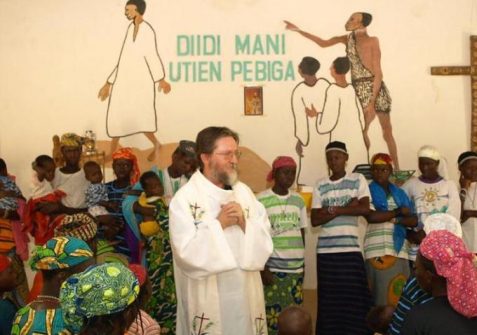 It was in this context of insecurity that, on the night of 17 September 2018, a group of armed men broke into the house of Father Pier Luigi Maccalli, parish priest of Bomoanga, a few kilometres from the border between Niger and Burkina Faso. Having stolen his personal effects and making him follow them, the robbers made him board a vehicle which took him across the border. Since then, nothing has been heard of the SMA (Society of African Missions) priest.  Msgr. Lompo comments: “We are very concerned at this prolonged silence. The authorities have told us to do nothing that might disturb possible negotiations. However, there are those who would have us believe Father Luigi is still alive”. Looking to the future, Monsignor Laurent Djalwana Lompo recalls that: “Living according to the Word of God today in Niger has its challenges, especially interreligious dialogue, the training of Christians in a culture of tolerance, to have a sound faith and to root oneself even more in the Word. We also need to equip the laity to take up with great energy their important responsibilities in the local Church.”  (M.B.)