A string of private financiers has met a considerable part of the public debt of the Seychelles in exchange for the creation of two large protected areas. This is the first time this financing technique has been used to protect a marine ecosystem.

The Seychelles plan to restructure their public debt by protecting the Indian Ocean. The renegotiation will take place by means of an ambitious ecological project which will see the small African state, situated almost a thousand nautical miles from the Tanzanian coast, involved in the creation of two extensive Marine Protected Areas (MPA) in exchange for a financial aid package.
The environmental plan has been set up through the mediation of Nature Conservancy which, for four years now, has been conducting the negotiations in view of the two MPA that cover an area of 210,000 square kilometres, almost as big as Great Britain. 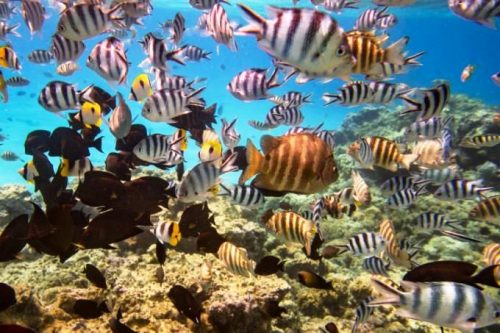 The two marine areas will protect one of the most threatened ecosystems of the planet and will support the fishing and tourist industries, of vital importance for the economy of the east African island state whose turquoise waters have been repeatedly explored in recent years by oil companies.
The two new protected areas, in which almost all human activity is limited, include the 74,400 square kilometres of ocean around the Aldabra archipelago, declared by UNESCO in 1982 a world heritage site, the location of the second largest coral atoll in the world, considered the jewel of the biodiversity of the Seychelles. 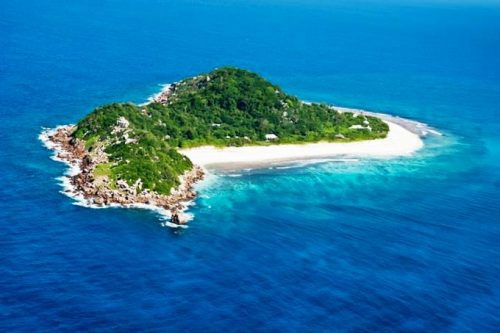 Aldabra is made up of four large islands: Grand Terre, Malabar, Picard, Polymnie and by some other tiny islets, all completely uninhabited except for the presence of some scientists who man a research station of the Seychelle Islands Foundation.These islands are the habitat of the Dugong, one of the mammals most at risk of extinction in the western Indian Ocean, together with 100,000 giant turtles (Aldabrachelys gigantea), that reproduce only in this part of the archipelago.The second protected marine area covers an area of 134,000 kilometres of deep waters, a commercially important ocean zone located in the central part of the Seychelles, between the Amirantes coral islands and Fortune Bank. In this MRA, both fishing and tourism are allowed but both these activities are governed by strict regulations.
Thanks to this refinancing operation, the Seychelles have met a significant part of the national debt to the tune of 22 million dollars, a debt accumulated with Great Britain, France, Belgium and Italy. The funds obtained by Nature Conservancy will be administered by NatureVest which will make sure that part of the debt repayment of the Seychelles is used to fund innovative projects of marine protection and climate adaptation. 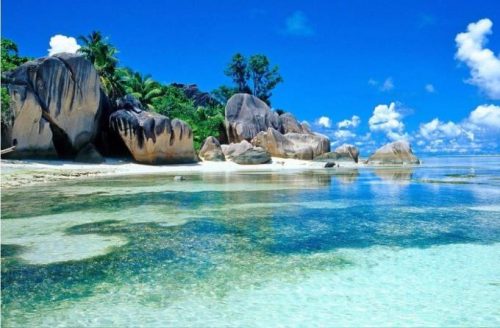 The opportunity to restructure its repayments was given to the Seychelles by the intervention of private financiers, such as The China Global Conservation Fund for Nature Conservancy, The Jeremy and Hannelore Grantham Environmental Trust and The Leonardo DiCaprio Foundation which donated a million dollars to assist in balancing the accounts of the African island nation.
The agreement made is based on other similar agreements which, over the period of the last twenty years, have preserved vast areas of tropical forests in Latin America and the Caribbean but it is the first time that financing has been used to protect a marine ecosystem.
It is positive to note that, until now, no country has defaulted regarding the agreements made under the system of exchange of debts for the preservation of nature. This fact may open the way to other broader initiatives under which the environmentalists purchase the sovereign debt of a country in exchange for the adoption of political measures in favour of the environment. 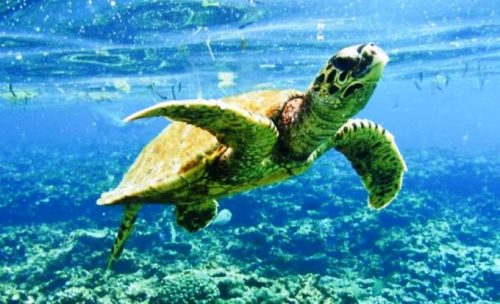 On the negative side is the fact that one of the most popular international tourist destinations does not have sufficient income to repay its national debt which recent estimates calculate to be 65% of its GDP.It was this chronic indebtedness that, at the end of 2008, at the peak of the world financial crisis, forced the Seychelles to seek the help of the IMF. However, five years later, in 2013, the coral island archipelago headed the list of the most indebted countries with debts amounting to more than the GDP for a year and a half.
Within all of this there is an economic system that seems to have exhausted all its possibilities and now awaits the discovery of a new system that goes beyond mere environmental impact, however positive this may be.