In his last Encyclical, “Fratelli Tutti”, (“Brothers [and Sisters] All”), Pope Francis is calling for a new world society, characterised by fraternity and social friendship. Africa has much to contribute to the shaping of the future of humanity.

The African sense of fraternity begins with motherhood. In most African societies, all grown up women are given the title ‘Mother’. In fact, you can call any lady ‘mother’ without any risk or offending her. The idea behind this is that, when a woman gives birth for the first time, it is not only her womb that opens, but also and above all her heart, so that everyone born of a woman may find a place in it.
Such motherhood, which belongs to all women, automatically creates a sense of brotherhood. If all women are ‘our mothers’, it is not difficult to conclude that we are all brothers and sisters.
The following Chewa proverb fits well in this mentality, extending it to sonship: mwana wa mzako ndi wako womwe (“the child of your neighbour is your child, too”). 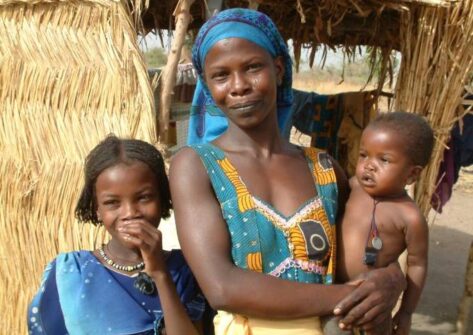 In fact, in the past, in many villages, children used to be educated by the whole community; every grown-up person had the right to punish the children of his or her village, if they found them doing wrong. In some traditional villages, this custom continues even today.
In African languages, the terms mother, father, brother, sister, uncle, aunt, grandfather, grandmother, cousin, niece, nephew… are very wide in meaning. In Congo and Zambia, for example, following the history of neighbouring tribes, you may find a whole tribe in which all male adults are your ‘uncles’, and they have an important role to play in your family, especially in times of difficulties, such as funerals. This type of brotherhood breaks the borders of tribes.

Blood pacts
Traditional Africans are builders of fraternity. In African villages, it is very difficult to know how a person has come to call another person ‘father’, ‘mother’, ‘son’, ‘daughter’, etc. These relations, which were created by the ancestors, hold for generations. Some of these are the result of blood pacts made generations before. In some ethnic groups, the blood pact is the model of both brotherhood and friendship.
The word munywani – which means ‘friend’ for many Bantu speakers in Eastern Africa – comes from kunywa (‘to drink’) and it denotes the one with whom we drink. But it is not a question of drinking beer, but each other’s blood, in a blood pact. Also, in the Nilotic Lwoo language of the Alur (an ethnic group that inhabits the northern shores of Lake Albert, both in western Uganda and north-eastern DR Congo), a friend is called jarimo (rimo means ‘blood’), literally: ‘someone-connected-to-me-by-blood’. This is how friendship is transformed into brotherhood. Where tribes carry out initiations into adulthood by age groups, the people who have been initiated together become real brothers or sisters. Sometimes, this brother-sisterhood is taken more seriously than blood relation is, because there are very serious taboos attached to any particular age group. Practically, this strong bond will be seen in the obligation for mutual help, starting from a few people and extending to entire families. During initiation ordeals, the neophytes are told: “If you cannot prevent your brother (in the Western world the word used may be ‘companion’) from falling, fall with him”. No neighbourhood without fraternity; African fraternity is seen especially when there is a funeral in a village. All people, without exception, are supposed to go to the home of the deceased and stay there until the rites are over. For agriculturalists, it is forbidden to go to cultivate fields when there is a funeral. This taboo is still in force in many places. For the burials, Africans congregate without regard for clan, tribe, religion or political affiliation. The same applies to weddings. All this clearly shows the African way of avoiding creating neighbourhoods without fraternity. Indifference is very much condemned in African society. All families, somehow, are connected to each other, including those who came from outside the tribe. Among the Lugbara of Uganda, lopunoo is a process by which a stranger is incorporated into a given family. Among the Baganda, a person can be incorporated ritually into a given clan. In both cases, the former ‘stranger’ – with his entire family, if any – becomes a real member of the group with all the rights and duties.

Social conscience
If Africans were to stick to this sense of fraternity, there would not be any person who has no relations at all. Today’s phenomena such as street children, abandoned elderly and disabled people are both modern and artificial. In traditional Africa, it was not difficult for the crippled, the deaf and the blind to get married. The family or clan would ‘marry’ for them! It will take time for African countries to build special houses for the elderly. In the homes, they are still seen as a blessing.
Social conscience stems from this sense of fraternity that is common to African societies. There are practices that show that the sense of community was the norm in Africa. 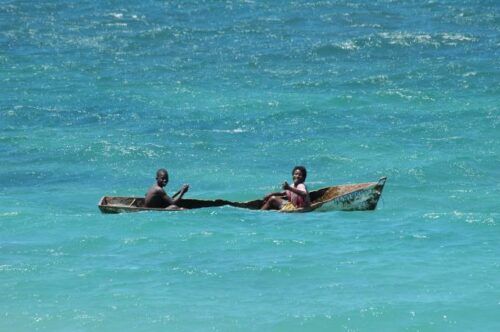 Among the Baganda and some other ethnic groups of Uganda, if you find out that a swarm of edible grasshoppers has settled in the village, you cannot start collecting them, before making the ululation that informs other people of the phenomenon. In the same way, there is a kind of mushroom that grows in large numbers, whose importance is not only nutritional but also ritual: you cannot start collecting it, without informing your neighbours. In village life, a family cannot take meals behind closed doors. Whoever is hungry is invited to share the family meal. The Baganda say: Oluganda kulya – ‘Fraternity is eating (together)’, or ‘food sustains kinship’.

Shared happiness
Individualism is repugnant in African culture. If you build a large house, you cannot live in it with your wife and your few children. Your relatives will send you their children to fill it. You have no right to be happy alone. Julius Nyerere, in his Ujamaa – Essays on Socialism (1968), noted that, in ancient African societies, there were no millionaires, because the more you had, the more you were obliged to share. Sometimes the abundance of wealth led to polygamy, which did not only increase the population of the family, but also created alliances with many other families. 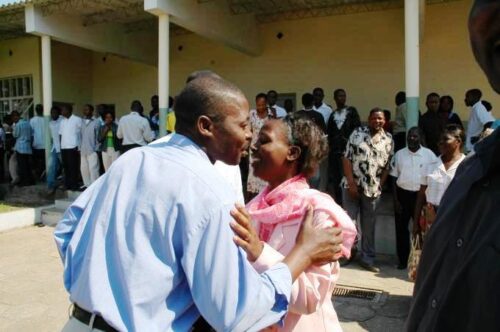 In the Chewa/Nyanja language of Malawi, Zambia and Mozambique, when the prepositional suffix – ira or era – is added to a rather negative verb, the verb becomes positive. This suffix denotes an act performed on behalf of another person. So, if kupempha means ‘to beg’, kupemphera expresses the idea of ‘praying’; if kukwata means ‘to have sex’, kukwatira stands for ‘marrying’; and if kulanda means ‘to snatch’, kulandira expresses the concept of ‘receiving’.
It is the ‘social aspect’ of the verb (‘doing something for others’) that makes it positive, as if what you do for yourself is suspicious, while what you do for others is more acceptable.

Human solidarity and fraternity
In many African cities, the person who is caught stealing or molesting another person, is killed by mob justice, if the police do not come quickly enough. This act, however condemnable it may be, shows lack of indifference to the suffering of another human being – indifference that, instead, can be seen in many Western cities and towns, where the sense of human solidarity hardly goes beyond dialling the police phone number on your personal mobile. If a woman gives birth in a street of a Western metropolis, the best a person may do is to call an ambulance.
In Africa, on the other hand, all the women who hear the woman’s moans will rush to her help, build a ‘house’ around her, and assist
her to the very end. 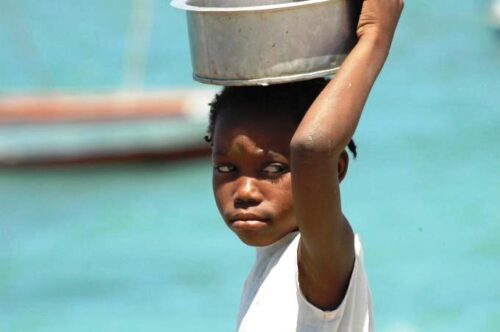 There is a Bantu word that sounds bene (or bendi, or bandi), always preceded by the affix wa, to make wabene. The meaning of this expression is “of the other”. It is used to call for respect due to persons and property that do not belong to you. In extreme cases, it is used to refer to the chief, or the king, or God himself. People belong to ‘another’ – their traditional leader and God. So, they are all related. No one belongs to himself or herself, or just to their parents, or clan members, not even the unborn: they all belong to bene, who commands respect and responsibility. The ‘other’, then, is not defined by ‘I’, but by bene, the common source of people and things. Africans, therefore, share a fraternity that extends to all people, to nature and to the entire cosmos.