The Gospel track devised by South Africa DJ Master KG has spread on YouTube due to its rhythm, the voice of Nomcebo Zikode and the accompanying choreography. A sort of collective and shared response to the pandemic.

Last year was marked by the Covid-19 tragedy, but it was also the year of the ‘viral’ phenomenon’ – as it is commonly known – which, in the context of a worldwide catastrophe has become the bearer of greater values than those of a typical success (we recall pieces like Lambada at the end of the eighties or Macarena in the early nineties which were closely allied with the dimension of dance). 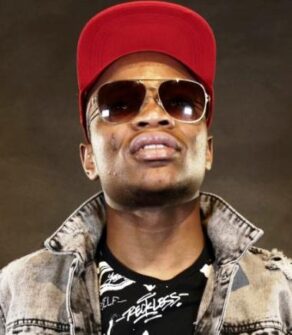 Master KG’s song ‘Jerusalema’ has taken the world by storm.

A phenomenon that in any case confirms something that has been evident for a number of years. African music has now entered international consumption in ways that are quite different from its niche in world music and the success of stars like those who emerged from the generations living in the second half of the twentieth century, and whose circulation is closely tied to the element of new rhythms and the relationship between music and types of dance.
It all started in the summer of 2019 when twenty-four-year-old South African Master KG, whose real name is Kgaogelo Moagi, from the province of Limpopo, elaborated a composition which he worked on with singer Nomcebo Zikode and began to put it online. It met with a good response and the final version was uploaded on YouTube in October with the official video being issued in December. The piece is punctuated by an overpowering rhythm with a pleasant melody and the voice of Nomcebo is warm and full of pathos. Astride 2019 and 2020, ‘Jerusalema’ was well received in the clubs of South Africa and received positive feedback even from abroad.

Zulu
It was in February of 2020 that ‘Jerusalema’ began to be a global phenomenon. The force behind this came from another African country. The young people of the Angolan dance group Fenómenos do Semba, posted on YouTube the choreography they created for ‘Jerusalema’: the boys and girls are sitting in a yard, having a meal. They are dressed in their everyday clothes, the boys bare-chested, listening to the song. One at a time, their plates in their hands, they start to dance. 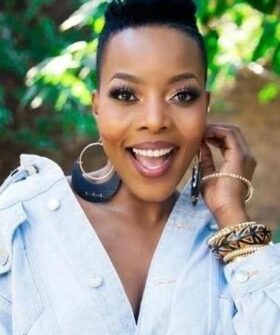 Nomcebo Zikode, the voice behind “Jerusalema”

The video could not be more simple or spontaneous; perhaps this is why it actuates a mechanism of imitation, launching a Jerusalema ‘dance challenge’, the formula created by Tik Tok – an app that is widely used by young people – which consists of daring others to match their choreographies created around various songs. The ‘Jerusalema’ dance greatly increased the success of the song.
The spread of the choreographies and the international success of ‘Jerusalema’ grew at the very moment when the Covid pandemic was spreading outside China, nourished by the dramatic situation. A Gospel song (a type very popular in South Africa), the word from the Old Testament may effectively be very suitably applied to a phase in which many wish to reach a place beyond the oppressive world of the pandemic: “Jerusalem is my home / guide me/ take me with you/ do not leave me here/I do not belong here / my kingdom is not here / guide me/ take me with you”. 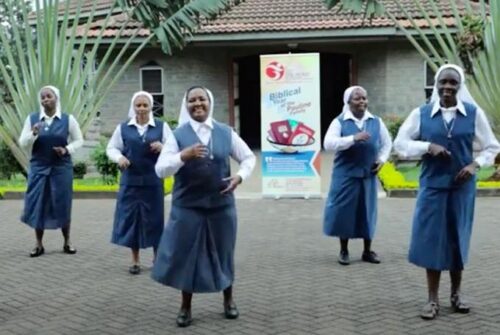 The song is actually sung in Zulu which not many people in the world understand; but this doesn’t matter as ‘Jerusalema’ is pleasant but, at the same time, with the power of its melody and the song, with the freshness and dynamism of the rhythm, has the quality of communicating something that goes beyond what is pleasant and transmits – without the need of understanding the words – a feeling of positivity and sensibility. A hymn without borders, ‘Jerusalema’s’ choreographies are very often more than just a game but a life-filled reaction to the pandemic, a symbol of resistance, a means of expression through dancing to a song with a message of solidarity and a feeling of belonging to a community without borders. 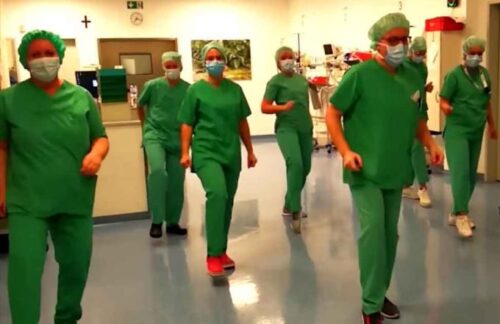 It is no mere coincidence that doctors and nurses in half the world’s hospitals have come together with ‘Jerusalema’. But – apart from the numerous children and young people – the choreographies have their representatives of various other categories: ambulance volunteers, firemen, soldiers, Sisters, monks. In the comments below the video, someone wrote that, if anyone wanted to create a non-national anthem for the whole world, ‘Jerusalema’ would be the most qualified candidate.