Are Turkey and the United States on a collision course on operation Olive Branch? What consequences could we expect for the region?

The Turkish raid in Afrin – Operation ‘Olive Branch’ – has put Turkey on a collision course with Washington. But, to a lesser extent, it has also put Turkey on a collision course with Moscow. Turkey intends to stop the YPG from establishing an autonomous region in northern Syria. It could achieve some form of ‘state’ linking the Afrin canton with the Kobani and Jazeera cantons further east. Ankara calls this potential formation a “terror corridor.” Given the geographic boundaries, the operation could extend as far as the Iraqi border. Ideally, Turkey wants to secure a buffer zone deep within Syrian territory to ensure the PKK and YPG have no direct territory links. 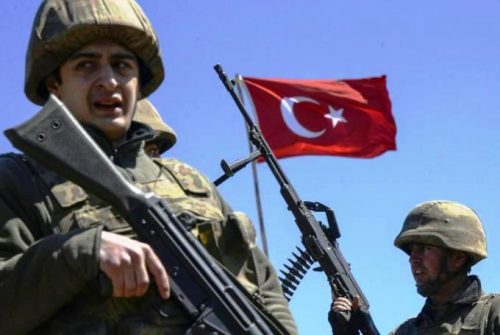 Turkey was always more concerned about the expansion of PKK (Kurdish Workers’ Party) ambitions westward within Turkey. But, the U.S. announcement that it was planning to train some 30,000 troops based mostly on the YPG (People’s Protection Units) to police the Turco-Syrian border was the trigger. The YPG are the main element behind the U.S. backed Syrian Democratic Forces (SDF). The Turks want to take Afrin to end the YPG/PYD Kurds’ hopes of ever controlling a territory in north-western Syria with access to the Mediterranean. The Turkish plan clashes with the Americans on paper, but less so on the ground. The Americans were more committed to protecting Kurdish interests, east of the Euphrates. Russia, perhaps, was more involved with Afrin claims. Since early 2017, in order to ensure the defeat of ISIS and bring them alongside in the fight against the other rebels (al-Qaida/Nusra, /etc.), Moscow would protect the YPG. 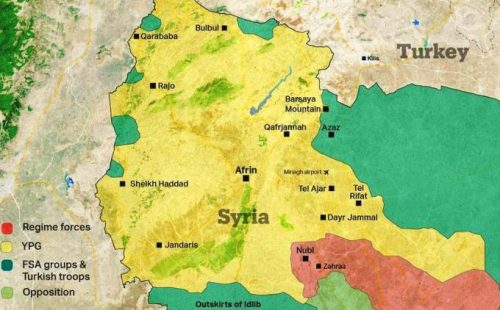 That suggests that Turkey and Russia may have agreed about the offensive because both don’t want to see an American backed ‘border force’. Moscow remains intent on pursuing  the Syrian comprehensive peace plan such that the PYD/YPG are rewarded with the kind of partial autonomy that the Kurds enjoyed in Iraq after the U.S. invasion. Given the absence of resources like oil it should be easier to achieve than the Iraqi example. I also believe that despite the rhetoric from Damascus, the Syrian leadership seems ready to concede Turkey a few security concerns in exchange of a bigger peace. Similarly, Turkey publicly complained about the Syrian offensive over Idlib, but privately it’s likely it approved, given the role this had in getting rid of ‘Tahrir al-Sham’, the latest incarnation of al-Qaida in Syria.
Indeed, one of the risks is that Turkey may rely on its Arab allies within Syria from the so-called Free Syrian Army (FSA), the original and disjointed Syrian military opposition, which Damascus considers part of the ‘terrorist’ forces. The FSA faded in the shadows as the Salafi / radical groups, many backed by some of the Gulf petro monarchies stole the scene. The United States had encouraged and organized a coalition comprising some FSA and YPG forces, calling them the Syrian Democratic Forces. It was the U.S. main ally in the fight against ISIS in Raqqa. 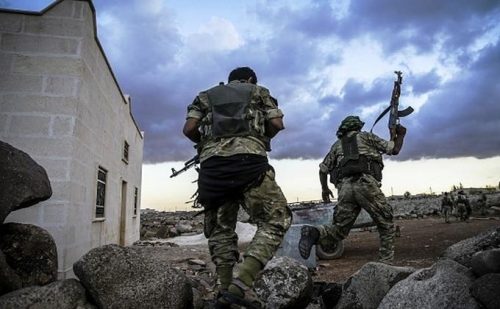 Turkey has caused an embarrassing problem for the United States. Already struggling to keep together a crumbling Middle Eastern diplomacy – except when it comes to Israel – it must mediate between two allies. One is Turkey, evidently, which, it should be noted, has the NATO’s second largest army. The other allies are the Kurds in Syria, whom the U.S. encouraged with recent suggestions that the U.S. would help them set up a 30,000 strong force in northern Syria to act as a barrier from both Damascus and Ankara. Erdogan understood the U.S. was serious, as Washington increased its own troops in the area from 500 to 2,000. Thus, the risk that U.S. and Turkish troops might clash is substantial.The main goal for Syria, Turkey, Russia and Iran – if not the United States necessarily – is to stabilize Syria. Russia’s military and diplomatic efforts are aimed to reach that goal; and also to keep Damascus within its sphere. Washington has urged Turkey to set a time limit and declare how far it intends to conduct its operation against the terrorist PKK’s Syrian affiliate, the Democratic Union Party (PYD) and its armed People’s Protection Units (YPG) in Afrin. Nevertheless, both presidents Trump and Obama had assured Turkey that the YPG – America’s allies against ISIS (and eventually/presumably against Asad as well) would shift away from the Ifrin and Idlib areas, further east, beyond the Euphrates. Ankara insists that the YPG has not done so. Ankara also asserts that the U.S. has heavily armed the YPG – since the Obama administration. Therefore, Erdogan – with the support of many Turks, and certainly his voter base – will push the YPG as far east as possible. 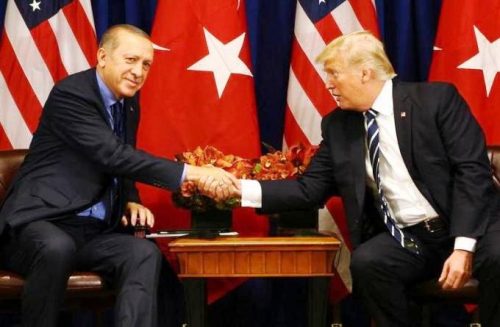 The United States does not want to lose Turkey as an ally. It has too high a strategic value. It also has other things that Turkey wants, including the dissident Fethullah Gulen, whom Erdogan suspects of being one of the main instigators of the July 2016 coup attempt. Erdogan is playing himself up for the next elections (2019), and he wants to use Afrin as a trophy for electoral campaign purposes to appeal to the Ataturk nationalists and AKP Party supporters, who dream of an ‘Ottoman renaissance’. Tensions between Ankara and Washington are stronger where the subject of Jerusalem is concerned. Indeed, Israel is one of the leys to understanding what is happening. 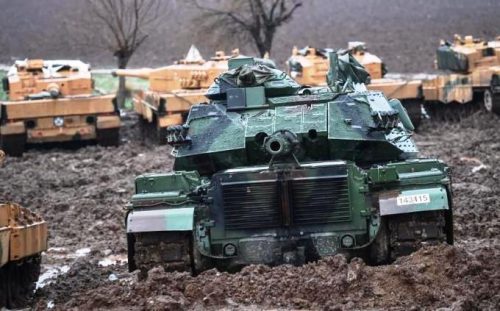 The U.S. wants to make sure that Syria emerges broken up from the conflict. Otherwise, Iran and Russia would emerge too powerful for American and Israeli interests. Thus, it’s important to contain Kurdish ambitions with a military action designed not to eliminate but merely ‘scratch’ the Kurds such that they don’t become too greedy. Ultimately, the main tensions will be south in the Golan and closer to Damascus, which Israel attacks almost on a regular basis as a provocation. Nonetheless, while Moscow appears to have given Turkey a ‘yellow light’ for operation Olive Branch, there’s the risk that the Syrian air force may shoot down a Turkish fighter jet, as President Asad has warned would happen in case of Turkish incursions in its air space. As part of its strategy to maintain good relations with Turkey, one of Russia’s diplomatic victories of 2017, Moscow may have advised Damascus to give up any plans of retaliating against Turkish jets in its airspace.