In ancient times, the word ecumene denoted the whole known world and defined that portion of the earth that was inhabited, in contrast with the lands as yet unknown. Later, the concept of ecumenism attained a religious meaning referring to the movements within Christianity that aimed at unifying their various denominations, separated by questions of doctrine, history, tradition and practice. Africa is moving forward in the field of ecumenism, despite the complexity of the continent.

The ecumenical movement today is marked by various milestones such as the launch of the octave of prayer for the unity of Christians in 1908; the World Missionary Conference, held in Edinburgh in 1910; the creation of the Ecumenical Council of the Churches, nine years later; or the institution of its statutes in Utrecht (1938) and Amsterdam (1948).
In the catholic world, Pope John XXIII imparted greater impetus to the movement, followed by Paul VI and John Paul II. The ecumenical movement belongs essentially to the West but the expansion of Christianity to the whole world, and to Africa in particular, renders this statement devoid of meaning. In Africa, it is worth remembering that there are around three thousand independent Christian churches that follow their own religiosity. 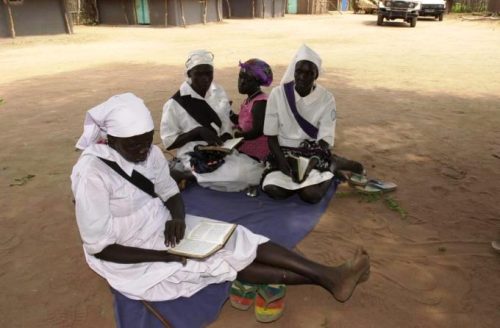 In the African context, a person belongs to a community by birth and cannot leave it without losing their identity. In this real and symbolic universe, human life is seen as existence in its entirety, as a manifestation of the divine, the ancestors, the spirits and of nature. In this context, no human life is extraneous to the rites of birth, puberty, matrimony, the rites carried out at the time of death or healing, to give but a few examples.
This traditional African wisdom soon became the target of the first evangelisers, who aimed at extending general Christian salvation, unique and exclusive. Their great conviction and admirable commitment would create, in parallel, a great loss of direction among the new African believers faced with a new vision of the world and of the human being. From then on, humankind would be seen only in essential terms of body and soul, matter and spirit, humanity and divinity. This dualism caused in the hearts of the Africans a separation between mother nature and the ties that bound them to the universe as a whole, divided by a struggle between this life and the next, and marked by a religiosity that preached the salvation of the soul while ignoring the suffering caused by the colonial system. The new Christian Africans found they had been disinherited from their roots and disoriented regarding their future. 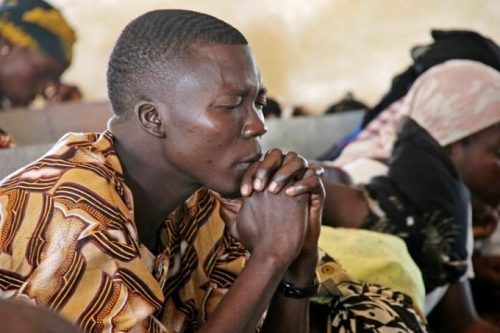 The evangelical message preached by the first missionaries reached Sub-Saharan Africa already fragmented by the Portuguese explorations in the XV century, the return of liberated slaves in the XIX century and, above all, after attacking it, by the division and distribution of Africa by the European powers at the Conference of Berlin (1885). The implementation and development of Christianity in Sub-Saharan Africa would be totally conditioned by the origins and cultures of the evangelisers. This culturally pluralistic Christianity spread a weak Gospel that was practically unable to give adequate answers to the religious aspirations of the Africans. The new Christians showed western clothes. This situation led to the spread of syncretism and led to the birth of independent churches.

The African ecumenical mission
In his Apostolic Exhortation Ecclesia in Africa, Pope John Paul II reminds us that Catholics are sent to develop ecumenical dialogue with all their baptised brothers belonging to other Christian confessions, so as to reach that unity for which Christ prayed. He pointed out that this dialogue can be realised through initiatives such as an ecumenical translation of the Bible, the theological study of various aspects of the Christian faith or evangelical witness for justice, peace, and respect for human dignity. As regards traditional religions, Pope John Paul II stated that serene and prudent dialogue will guarantee the assimilation of their positive values and harmonise them with the content of Christianity.
It is therefore necessary to treat with respect and esteem those who follow traditional religions. 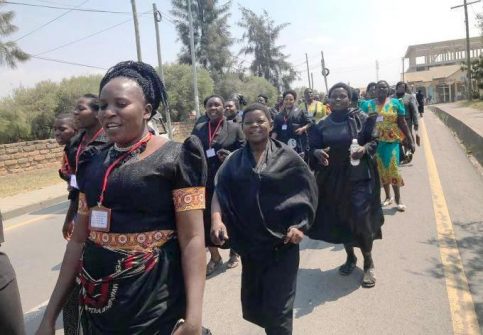 The Pontiff emphasised that commitment to dialogue must also include Moslems of good will. Christians must not forget that many Moslems try to imitate the faith of Abraham. The Pope also said that Christians and Moslems have been called to commit themselves to the promotion of a dialogue that fosters religious freedom against all forms of religious fundamentalism. The coexistence of all these religions represents a great challenge to the Christian proposal for dialogue in Africa.
The ecumenical proposal and mission of Christians in the continent, conflict with the situation of fundamental groups that often inculcate in their members a message of hatred, discrimination and extremism which is an obstacle to efforts for ecumenical and religious dialogue.  Somalia and the surrounding countries, for example, became the scene in recent years of bloody terrorist attacks by Al Shabab. Nigeria, Cameroon and Niger suffer the incursions of Boko Haram extremists whose aim is to impose Sharia Law in the heart of Africa.

Hope in dialogue
Even though the outlook for ecumenical dialogue seems bleak in Africa, the Christian churches of Africa and other faith communities are still active and militant in the search for an ecumenical solution to these challenges. Christmas in many countries of the continent is no longer an exclusively Christian celebration but has become a tradition for other religious communities. In Senegal, for example, Christians, Moslems and followers of traditional faiths celebrate together the birth of Jesus, and each of them desires the best for their neighbours. In Algeria, Burkina Faso and the Democratic Republic of Congo, many Christians celebrate Christmas inviting Moslems to join their celebrations. 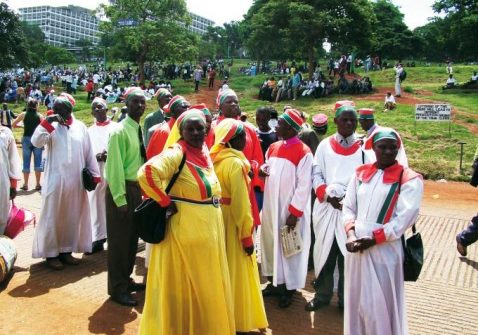 Ecumenical dialogue in the African continent is centred upon various aspects, especially those connected with the sacraments. Regarding Baptism, all Christians – Catholics, Orthodox, Anglicans and Protestants – recognise its validity, even if administered by different Churches.
The same is true for the validity of marriage between Christians of different denomination.The joint celebration of the Eucharist as well as the pastoral service of the sick in hospitals is the subject of dialogue and reflection. Other questions facing the different Christian Churches are divorce, abortion, atheism and secularisation as well as the challenges of poverty and corruption. In this situation, problems such as homosexuality have not entered the agenda of African ecumenism to any great extent. An effort is being made to improve the presence of women in the structures of many Christian communities.

Christ, symbol of fullness
In all this process of ecumenical dialogue, it is not easy to know exactly what the different Churches are referring to when they speak of Jesus as Saviour. Here, as emphasised by José Ignacio Gonzàlez Faus, a Spanish Jesuit theologian, in ‘Credo Cristiano’, ‘each one seeks in Jesus protection and salvation; for some, salvation is preserving and increasing that which they have already; for others, Christ is the one who maintains the status quo: a God who ratifies the past in the present and makes it permanent and stable. He is the God of the established order, of blind obedience and of immutable law’. 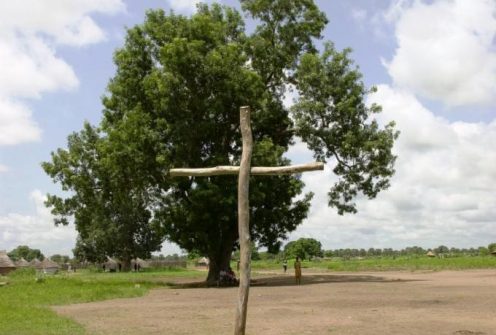 However, seeing the efforts towards true ecumenical dialogue in Africa today, Christ must necessarily constitute a promise and the absolute guarantee of a better future for all. African ecumenical dialogue must, in this sense, lay its foundations in the path where it is well understood that we are all part of the same spirit of God, of a universal awareness whose fascination leads us to the practice of love and steers us away from error, discrimination and hatred.
Instead of ecumenical dialogue, Africa would first need an inter-religious dialogue that brings lasting peace and merciful justice. Ecumenical efforts in Africa must always reawaken our sensibility towards others and stimulate their sensibility towards each other. Being voluntarily rooted in one’s own religion does not allow serious participation in ecumenical dialogue with Christians of other Churches, still less with followers of other religious confessions. Africa needs agents of evangelisation with an advanced ecumenical formation, sustained by the power of the Holy Spirit. This is the only way to reach unity loved by Christ for the world and for Africa.
Jean de Dieu Madangi
Congolese Philosopher and theologian