In the Wolof language ‘Barcelona or Death!’, as the route through the Canaries is often called in Senegal. The dramatic situation of the country is forcing thousands of young people to undertake a voyage of 1,500 km on overloaded fishing boats.

In Thiaroye sur Mer, an ancient fishing village now absorbed by the suburbs of Dakar, the silence of the morning is broken by the hooves of a galloping horse. Along the sandy alleyways, a cart is heading for the beach. Seckane watches the scene from his balcony: “In this area, everyone knows at least one person who has tried to make the voyage to Europe. We have no future. We live in constant discomfort and
we feel we are failures”. 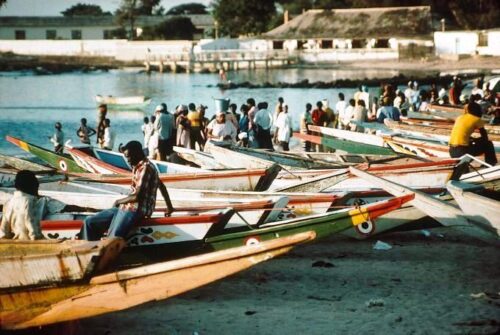 Seckane tried to reach the old continent twice: first by crossing the desert only to find himself held up in the inferno of Libya; then, a year ago, by crossing the sea, undertaking the route towards the Canaries. The adventure almost cost him his life: “After some days, we came close to Spain; very close. Then, the engine broke down and the rough sea was about to leave us shipwrecked. Then, we came back as if by a miracle, after losing some of our companions. I have abandoned the idea of going to Europe … for now”.

The less expensive route
The tightening of the control screw operated by the European Union along the Moroccan Mediterranean and especially the further closure of land borders, together with the grave economic crisis related to the Covid-19 pandemic, have caused an exponential increase in the departures of migrants along the ‘Canaries route’, even though it is one of the most dangerous anywhere in the world. It costs less than the others (300- 900 Euro) and so attracts migrants who have fewer funds available. It is a voyage of 1,500 km from the main Senegalese ports of departure – from Saint-Louis to the north and M’bour on the coast south of Dakar – to the Spanish archipelago. 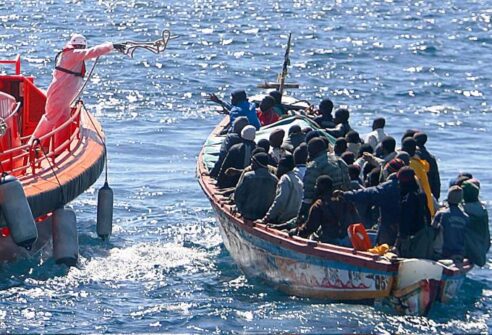 The migrants must face the Atlantic Ocean for from 8-10 days in overloaded fishing boats. In 2020, a series of shipwrecks causing more than 1,800 deaths sounded the alarm for this route. The number of people disembarking on the Spanish coast was the highest since 2006, with 23,000 arrivals, according to the Spanish authorities, while the number for the previous year was around 2,700. There are those who have described the Canaries as a new Lampedusa and the EU continues its work of externalisation and frontier controls by means of doubtful agreements with the countries of provenance. In November, the Spanish foreign minister Arancha González Laya visited Senegal. Since then the seas are patrolled by an extra aeroplane and a coastguard ship, to add to the existing Iberian patrols and a helicopter. In addition, the repatriation by air of illegal migrants going to Dakar recommenced last March, for the first time since 2018.

The lack of employment openings
It is clear, however, that this surge of migrants has its reasons. The feeling of uncertainty due to the difficult living conditions and the lack of employment openings has never been so marked among young people with qualifications. There are no statistics on the rate of unemployment in Senegal, but in 2019, the Senegalese authorities stated it was 19%, having increased for the previous two years. Doubtless, the present crisis will not have reversed the trend. “You must see these departures as a cry of desperation from the youth”, affirms Sheikh Ahmadou Bamba Fall, president of the Senegalese association Village du Migrant, which for some time has been working to stem the phenomenon of flight among young people. “More often than not, sensitisation is not sufficient. There are those who have already risked their lives or have lost family members and they would try again”. 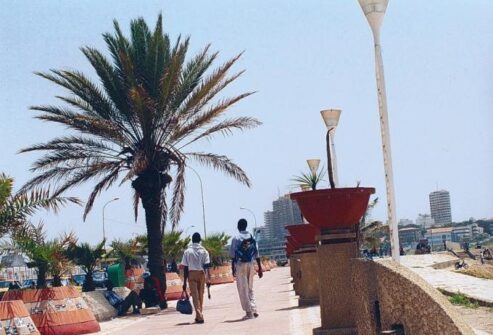 Around the slogan ‘Barça ou Barsakh’, which in the Wolof language means ‘Barcelona or Death’, as the route is commonly known in Senegal, a sort of myth has been created which makes young people consider successful migrants as heroes. “Now it is pure fatalism. The alternative is to tempt fate and die in the sea or to die here. Professional training and new jobs on the spot are the only solution”, explains the Sheikh. A sense of frustration and disillusion is the cocktail that gave rise to an explosion of violent protests last February and March in the major urban centres of Senegal, resulting in victims and extensive damage. The involvement in a court case and the provisional arrest of Ousmane Sonko, the main political opponent of the government of President Macky Sall and greatly loved by younger voters was the spark that transformed dissatisfaction into rage. Of the same view is Aly Tandian, a professor of sociology at the Gaston Berger University of Saint-Louis and director of the Observatory of Senegalese Migrations, and adds: “Dissatisfaction and anger towards the apathy of the government regarding these problems are nothing new and will not simply go away. Without interventions aimed at restoring hope, people will take to the streets from time to time and the passeurs will always have customers to fill their boats”. The sociologist goes deeper when he states that “apart from the institutions, some responsibility must be attributed to the communities that continue to bring unbearable pressure on young people”.
In the social fabric, the idea that the conquest of the ‘European Eldorado’ benefits entire family networks, urges the young people to tempt fate to avoid being considered losers in the homes and city quarters. “Migration ceases to be a personal project and becomes a collective one born in families and couples”.

Fathers prosecuted
There has been much talk in Senegal during a court case where three fathers of families were accused of having assisted clandestine emigration. Among them was the father of fifteen-year-old Doudou Faye, who died of a disease in the arms of a friend on board a boat that sailed from M’bour. The boy’s body was thrown into the sea. The father had paid a fare of around 340 Euro for the boy to go to Spain. The debate raged in the Senegal media and social networks, fed by the continuing weekly news of the death of migrants. 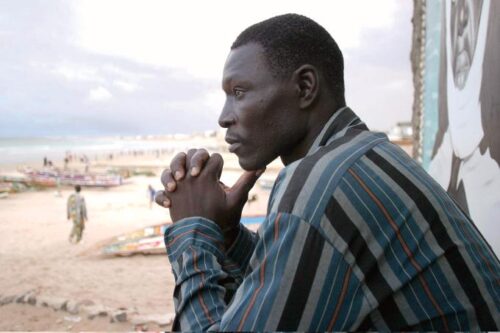 “Some blamed the irresponsible father and the state which does nothing to prevent the passeurs from operating; and also those who were more understanding, venting their anger instead against the EU which makes it impossible to enter Europe to work or study” ‒ recounts the blogger Petit Ndiaye who took part in several debates on TV about the case at that time. “Without doubt, the media stimulated a collective reflection on the phenomenon and the state chose to make a statement by instituting the court proceedings. But it is not sufficient just to sensitise the population”. It is only the testimony of those who lost someone in those insane journeys that can have any real impact. In Malika Plage, in the outskirts of the capital, fifty-one-year-old Yayi Bayam Diouf emerges from a meeting of a local group of women who fight against illegal emigration. During the meeting, funds were collected for a young widow. Yayi lost his only son three years ago. His expression is one of fatal sadness: “He was my only helper. I urged him to find a job but I had no idea someone put the idea into his head to emigrate just to please me. One day he left to go fishing and he never came back”.