The latest census of India, that of 2011, indicates that 79.9 per cent of Indians identify themselves as Hindu, 14.2 per cent as Muslims and 2.3 per cent as Christians (about 30 million, divided almost equally between Catholics and those belonging to other Churches or denominations).

However, while Muslims and Christians seek in their identity an element of self-protection and egalitarianism barely touched by socio-economic differences, also present within them, for many Hindu leaders and their political references the priority task is to bring back to the Hindu ‘common home’ the ‘exiles’ who by converting to other religions have sought above all greater equality opportunities but who in so doing would threaten the unity and ‘purity’ of India. 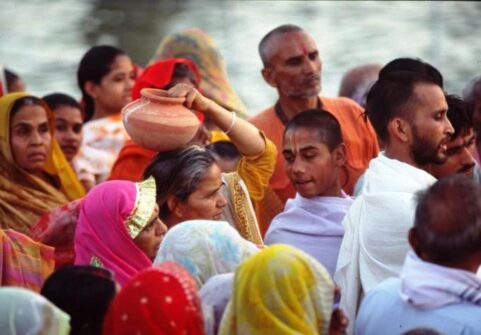 The religious element has acquired more and more a political value.

The identity ‘card’ has been increasingly played, but while in the long period of power of the Congress Party, almost uninterrupted from 1947 to 2012 under the leadership of the Gandhi dynasty which still directs it in the figures of Sonia Gandhi (party president) and his sons Rahul (congressman) and Priyanka (member of the All India Congress Committee), its impact has been relative or localized. With the return to power in 2014 of the pro-Hindu nationalists led by Narendra Modi, now in his second consecutive term as head of the government, the religious element has acquired a political value, exacerbating divisions and underlining the desire to bring back the various religious experiences present in a single traditional vein, with reconversion where possible, with a path of convergence on shared points in other cases, and with forced assimilation or expulsion in others. 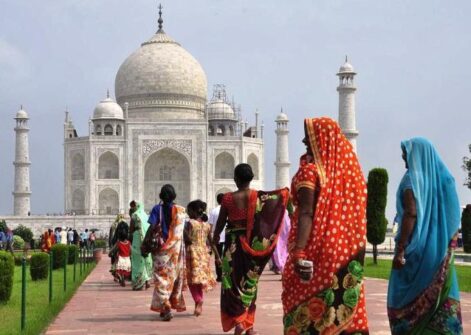 The Taj Mahal is an Islamic ivory-white marble mausoleum on the right bank of the river Yamuna in the Indian city of Agra.

In a country known for its tolerance and assimilative capacity that cannot ignore the conflicts that have repeatedly been inspired by religious diversity, the official sponsorship of Hinduism has imposed constant pressure on religious minorities. This is partly the expression of a broad discriminatory movement towards traditionally marginalized groups, partly the manifestation of a ‘governing’ nationalism which, by promoting national unity and identity, indicates the destiny of every religious expression that has historically emerged in reintegration into the Hindu stream or has differentiated from it. A promoter of this line is the largest party at the federal level and at the head of many states, the Bharatiya Janata Party, Bjp, but it is deferred to – providing important banks of votes – by militant Hinduism movements, starting with the Rashtriya Svayamsevak Sangh (RSS), a leading organization of Hindu nationalism that advertises one million adherents and for which the theory of Hindutva (‘Hinduity’, or rather of a natural belonging to Hinduism of anyone born in India) must be the primary objective. ‘At any cost’, because where direct coercion or the threat of violence do not reach, propaganda and lies do. ‘Destructive lies’, such as those that give the title to the latest Open Doors report which aims to shed light on ‘disinformation, incitement to violence and discrimination against religious minorities in India’. 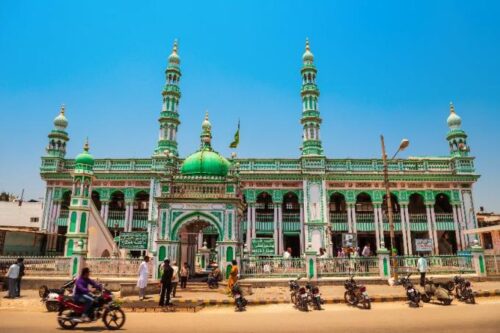 Masjid-e-azam is the main mosque in Mysore, a city in India’s southwestern Karnataka state. 123rf.com

Based on field research conducted between February and March 2021 by a group of scholars from the London School of Economics, the report includes data and testimonies collected in various locations in the country where episodes of anti-Christian or anti-Islamic violence are manifested, highlighting how ‘throughout India, Christians live in a state of constant fear’ as a result of ‘a systematic campaign of harassment, violence, rape and murder’. The proposed ‘cases’ are exemplary, identified in areas particularly affected by Hindu pressure such as the rural regions of Madhya Pradesh, Jharkhand and Orissa, which show the inconvenient truth hidden under official policies.
‘Daily life for many Christian and Muslim communities has become an excruciating battle to earn a living and practice their faith’, stresses the report: ‘India: Destructive lies: Disinformation, speech that incites violence and discrimination against religious minorities in India’, which intends to highlight a situation in constant and worrying deterioration which places the largest world democracy face to face with its
obvious contradictions. 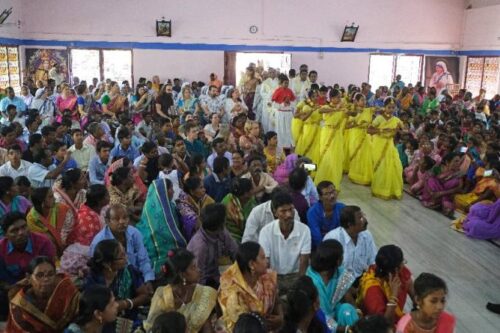 Mass at our lady of Lourdes church in Kumrokhali, West Bengal. 123rf.com

‘In India, there is an ongoing work of disinformation and anti-Christian propaganda and against other religious minorities (including Muslims, Open Doors specifies) which makes use of many tools but which now has a leading vehicle in the mass media and in social networking. Underlining that not only do attacks and persecution occur, but ‘they are ignored or even condoned by the authorities – including state and regional governments, police and media’ so as not to antagonize the powerful Hindu organizations that are in fact sponsors of the nationalist government by giving them their votes and receiving immunity from them in their campaign of reconversion to Hinduism and in the often violent action that uses alleged conversions as a pretext that a growing number of states and territories of India are forbidding by law.
The fine for those who convert to Christianity is 25 thousand rupees (about 260 pounds in the tribal areas of the state of Orissa), one of the 9 states of India that already apply anti-conversion legislation with a clear repressive direction towards religious activities, both Islamic and Christian. According to one of the authors of the report, ‘the extent to which state actors are complicit in the violence is shocking. Bureaucrats, policemen and lower court judges are often openly colluding in discrimination and politicians, top religious leaders and powerful media owners are giving very clear signals that this behaviour is appropriate’.
Under this growing pressure, Christians are particularly vulnerable due to their numerical situation but also because they are more exposed to unfounded accusations, given the large number of welfare, educational, social, and cultural initiatives they initiate or manage. They are open to all, without exclusion but are seen by Hindu extremists as also
aimed at conversion. 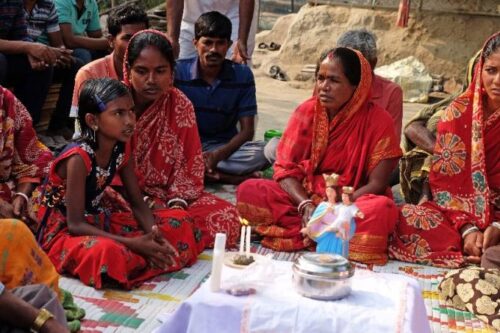 Catholics during an outdoor mass in the village of Mitrapur, West Bengal. 123rf.com

According to Open Doors, India is in 10th place among the 50 countries where difficulties for the baptized are most acute. Another organization committed to identifying Christians’ difficulties in expressing their faith, Persecution Relief, reported that in the first half of 2020 hostile acts against Christian Indians increased by 40 per cent, mostly reported as ‘hate crimes’, and the subsequent trend showed no significant change. Between lies and fear, the ‘narrative’ of discrimination is almost always one-sided. ‘The main media reporting these attacks literally repeat the reports of the perpetrators, refusing to speak to the victims’ and thus become instrumental in perpetuating violence and discrimination. One example is the accusations made against Christians of deliberately spreading Covid-19 among Hindus.
But other examples of de facto discrimination of those who are not fully integrated into society according to the canons of Hindu extremism are not lacking. While the remuneration for a tribal worker employed in a factory or plantation is 150-200 rupees per day (1.40-2.20 pounds) as against a minimum wage of between 160 and 420 rupees according to the State of residence, 20 thousand rupees (205 sterling) is paid in compensation to the family for the death in a cell of a converted aboriginal.