On 22 November 2020, the Italian Comboni priest Father Giuseppe Ambrosoli will be beatified in Kalongo in the north of Uganda. A story of dedication to the poor as a doctor and missionary.

It was the summer of 1949 when a young doctor asked to enter the Congregation of the Comboni Missionaries. In his letter of application he wrote: “I would like to place myself at the service of the missions as a qualified doctor”. Before joining, the young doctor decided to go to London for a course in tropical medicine. When he returned to Italy, he entered the Comboni Institute.
On 9 September 1953 he made his first profession and on 13 December 1955 he was ordained priest by the Cardinal Archbishop of Milan, Giovanni Battista Montini, the future Pope Paul VI.
A few months later, on the first of February 1956, he left for Africa. His destination: Kalongo, in the North of Uganda. The town of Kalongo is located on a plateau 1,100 metres above sea-level. When Father Giuseppe arrived there, it had a population of over 4000. There he found a small medical dispensary. 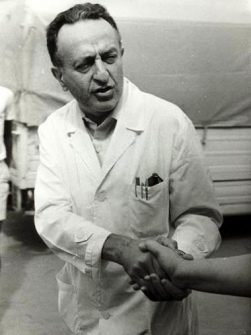 He was not at all discouraged and his plan for a large hospital meant there was a lot of work to do. Working with his own hands, he dug for stones and transported them on a lorry to the building site where he also saw to the making of bricks. Little by little that dispensary grew, one block after another until it had room for 350 patients. There were departments for maternity, paediatrics, medicine, surgery, gynaecology, radiology and infective diseases; to these were added others for the care of the malnourished, the lepers and tuberculosis patients.
Father Giuseppe immediately understood that, to win the hearts of the Africans one must sow infinite benevolence. In only a few years, the people began to call him Ajwaka Madit (the great doctor) or Doctor Ladit (the great giver of medicine). Together with his unmistakeable smile, his peacefulness became proverbial. But this did not prevent him, as the occasion required, from being strict, with courage and determination and even capable of risking his life for others.
He defended the wives of the soldiers and, in general, of the people of the south, upon whom the guerrillas who were his people of the north, tended to unleash all their aggression. 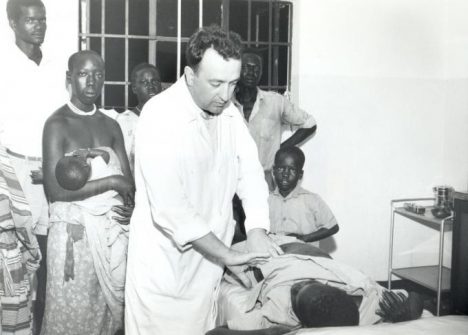 The faith of the people in the healing powers of Father Giuseppe knew no limits. They saw him as a kind of healer. In the collective imagination of the people, Father Giuseppe became ‘The man of God with the power to heal’. To heal not only the body but the spirit and the heart. In his work as a surgeon, Father Giuseppe afforded special care to the women as mothers and bearers of life. He understood that those mothers were capable of heroic acts to make sure their children were born and lived.
Father Giuseppe looked for collaboration and made people responsible: the doctors working alongside him were duty bound to look upon Kalongo Hospital as ‘their own’. He wanted all the nursing staff to feel directly involved in running the complicated machine that was Kalongo Hospital. For this he valued the local element.
His esteem for the Sisters working with him was deep and sincere, and he regarded their work as essential. 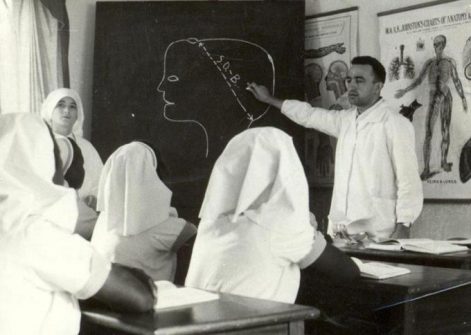 Towards the end of 1973, Father Giuseppe’s health began to show signs of deteriorating but he gave himself no rest. Even the periods he spent in Italy were a race against time as he went from one operating theatre to another to learn the latest surgical techniques. He met with support groups who provided medical equipment.  He was well aware of his precarious state of health but he felt it would be a betrayal to hold back with things in Uganda in such a state of emergency. For him, to love others more than himself was the norm.
The year 1986 was certainly the most difficult year for Kalongo, overrun alternatively by rebels and the regular army. On 21 October, the army occupied Kalongo amid indescribable scenes of panic: not only the people but even the patients as well took flight. Relations with the government troops collapsed irremediably: the very fact of having spent a few months with the rebels was interpreted as connivance. This is the destiny of any hospital in a war zone. The situation of the hospital came to a head on 30 January 1987. The military authorities accused the missionaries and hospital personnel of collaborating with the Acholi guerrillas and ordered the evacuation of Kalongo. Having to transfer everything and everyone suddenly to Lira was a real Calvary for Father Giuseppe. His concern was for the doctors, the young women students of the school of midwifery, and the Sisters in charge of them. He feared the students would miss a school year while he wanted them to end their courses with their exams and diplomas. Even though he had only one partly-functioning kidney, Father Giuseppe asked his superiors’ permission to delay his return to Italy for treatment. Unfortunately, his health was rapidly deteriorating. 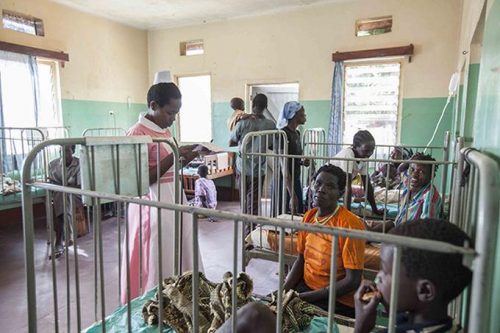 After working unceasingly for 31 years, he died in Lira on 27 March 1987, of a renal infection. He was 64 years old.  It was not until seven years later that his remains were exhumed and reburied in Kalongo, close to the hospital that bears his name.
On 28 November 2019, Pope Francis authorised the Congregation for the Causes of the Saints ‘to promulgate, among others, the miracle attributed to the intercession of the Venerable Servant of God Giuseppe Ambrosoli’.  The miracle, granted through the intercession of father Giuseppe and which will allow him to be beatified next November 22, took place to the benefit of a young Ugandan woman. This was the decision reached in Spring of last year by the medical commission set up by the Congregation for the Causes of the Saints, concluding their examination of ‘an extraordinary and inexplicable cure’ from the clinical and scientific point of view. The beneficiary’s name is Lucia Lomokol. On the evening of 25 October 2008 (she was 20 years old), she lost the child she was carrying in her womb and was dying of septicaemia in Matany hospital, in Northern Uganda where she had been brought in an extremely poor condition. The hospital had no means of helping her. Then Doctor Eric Dominic placed an image of father Giuseppe on her pillow and asked the relatives there to pray to ‘The Great Doctor’. The following morning, Lucia was better, something no one expected. 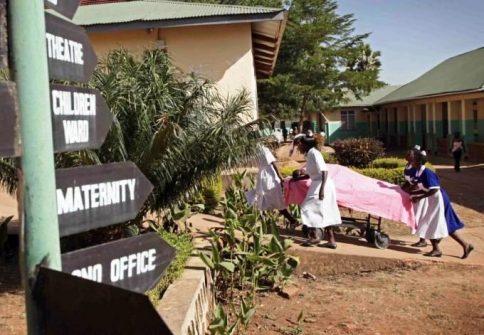 Today the work of Father Giuseppe goes on through his foundation called ‘Doctor Ambrosoli Memorial Hospital’.  The foundation was built in 1998 by the Ambrosoli family and by the Comboni Missionaries to guarantee the continuity and future of the hospital and the school of midwifery founded by him. Its aim is to ensure access for the population to a qualified health service for their better health and standard of living. The Foundation proceeds together with the local communities and fosters medical training so that Uganda may one day have its own independent health service. Father Ambrosoli will be the first Comboni Missionary to be beatified. (E.B.)