A victim of the Coronavirus, in Paris, on 24 March 2020. The Cameroonian saxophonist and composer, best known for his soul/funk single, ‘Soul Makossa’, Manu Dibango left his mark on a long period of Afro Music.

On his arrival in Marseilles in 1949 as a sixteen-year-old, the new music of the African continent was still in its infancy. For that matter, the young Cameroonian, sent by his parents to study in France, knew nothing of the African music of which he would eventually become a symbol. It happened that he listened to a Bach cantata and immediately began to feel homesick for faraway Cameroon; he mistook it for a tune from his native country. 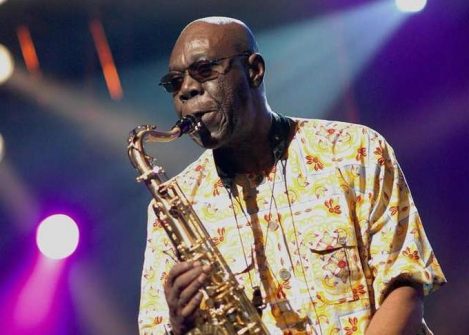 A chorister at a protestant church, from his childhood, Manu – born in Douala on 12 December 1933 – had become familiar with European music: surprisingly, it would be in Europe that Manu would discover African music. Not real African music, as it did not as yet exist in Europe, but American jazz which, in the fifties, was spreading in France; music that owed much to Africa, but that was not African music as such, but something else, an original sort of music created beyond the Atlantic and containing African and European elements, music that reflected a new era, expressing the modern times more than any other. The person who invented African jazz was Manu’s compatriot Francis Bebey, who later became a musician and musicologist of international fame. 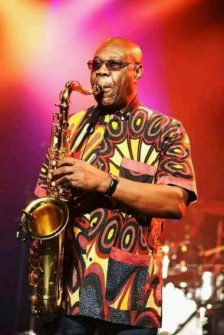 It was his passion for jazz that led the young Dibango to leave aside his studies and learn the saxophone. In Louis Armstrong, Sidney Bechet and Duke Ellington, the Cameroonian found not only extraordinary artistic examples but also figures that corresponded to his need to take pride in heroes whose skin colour matched his own. It was a happy paradox that African music was not a starting point for Dibango but a point of arrival, lived with creative freedom, and in which there was no room for the ambiguity of African music as ‘ethnic’ music: Bach in Africa and black jazz in France were the premises that launched Dibango towards poetry that was cosmopolitan and metropolitan, in harmony with Africa that was emerging from colonialism and had to invent a new identity for itself and not remain a prisoner of tradition. Dibango’s encounter with African music took place in a year that was a turning point in the era of African independence.
In 1960 Dibango was in Brussels where negotiations were taking place for the independence of the Belgian Congo. In support of the delegation from his country, Joseph Kabasele came with his African Jazz, the first Congolese band to perform in Europe. 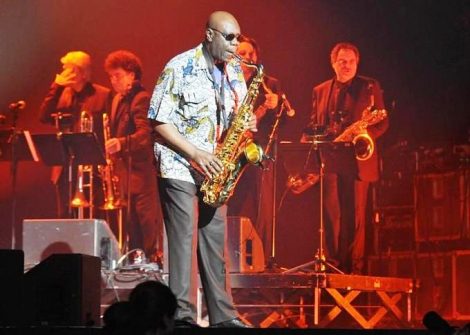 Kabasele, who in 1960 found success with his Indépendance Cha Cha, liked how Dibango played the sax and made him part of his orchestra, taking him to an Africa about which Dibango knew little or nothing. Visiting the Congo, Cameroon and Ivory Coast, the discovery of the black continent was no easy matter, and not without its disappointments for Dibango. His popularity in France began with his return from Africa and his collaboration, in the latter half of the sixties, with Nino Ferrer; the black saxophonist was perfect for the singer of Je Voudrais Être Noir, a big hit.  The turning point that brought international fame took place in 1972 when Dibango issued a single with the B side featuring Soul Makossa, a piece that fuses soul/funk and Africa; Soul Makossa was a hit in France but in the United States its discovery had a great impact on the African American public. Today, still the best-known Afro piece in the world, Soul Makossa was Dibango’s passport to worldwide success, and with it the Cameroonian saxophonist became one of the most sought-after African musicians at international level. 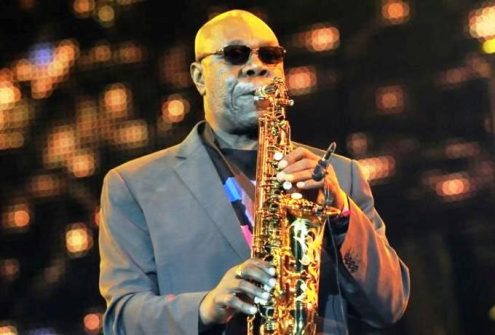 Also successful, together with him, were a few others such as the South Africans Miriam Makeba and Hugh Masekela, who achieved success in the United States in the sixties, and the Nigerian Fela Kuti: all this was an anticipation of the tide of new African music that reached its peak in the eighties together with the more general phenomenon of world music, of which Dibango was a precursor. However, with his identity straddling black Africa and Europe, the ties with his origins and his love for France, Dibango, with his style and pleasing presence, was an emblematic public figure in announcing and representing the multicultural society that has been emerging during recent decades. Capable of renewing himself while still being himself, with elegance, melodic taste, unmistakeable affability and often great poetry, Dibango continued his career brilliantly until he was struck down last March by the Coronavirus.