Vital in traditional medicine for the treatment and management of various disease conditions. The ash is used for oxytocic action, and externally, the ash is applied for the treatment of scabies.
The Yje plant possesses potent sources of antioxidant and anti-inflammatory agents.

Articles about the use of plants as a source of medicine for the treatment of diseases have been in existence since time immemorial. It is estimated that about 40% of the population in developed countries and about 80% of those in developing countries rely on natural medicines for their primary health care needs. The high level of dependence on herbal medicine is attributed to the cultural acceptability and ease of access to these herbal medicines and/or medicinal plants. Indeed, the significance of plants in traditional, complementary, and alternative medicines has been well documented around the world. 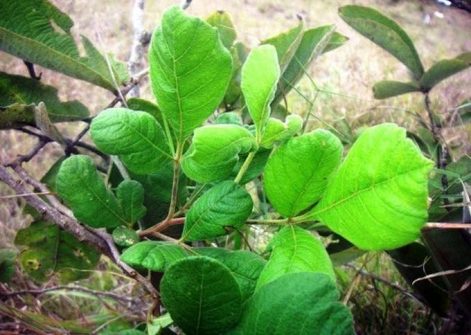 Among the plants with varied medicinal uses is Rhus vulgaris Meikle which belongs to the plant family Anacardiaceae. It is a shrub or small tree that occasionally reaches 6 m. Its branchlets are brown, hairy and its leaf consists of 3 leaflets, dull green and softly hairy, especially underneath, oval to rounded, and usually 5 cm long. The tip is either rounded, notched or sharp, the upper edges sometimes with large rounded teeth; the leaf stalk is up to 4 cm, leaflets, branchlets and underside of leaflets are densely hairy and the leaflet sizes are very variable. The flowers form in small bunches on hairy branched sprays up to 15 cm, and are yellow green, with bright yellow stamens.
The fruits are thin, yellow red, flat and round discs, brownish-red when dry, and only 3-5 mm across. 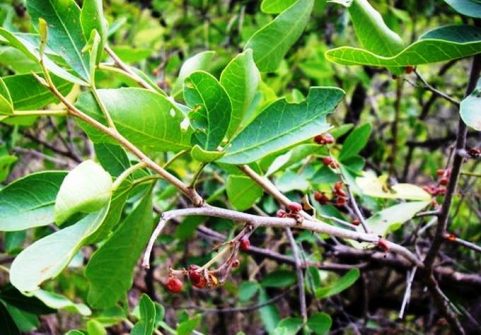 Its distribution range extends from Cameroon in West Africa to Ethiopia and south to Mozambique, Malawi, Zambia, and Zimbabwe.
All the parts of Rhus vulgaris, including the leaves, stem bark and roots, are vital in traditional medicine for the treatment and management of various disease conditions. Rhus vulgaris fresh leaves are burned and the ash is used for oxytocic action and externally, the ash is applied for the treatment of scabies. The plant is used to stop diarrhea, for wounds and gonorrhoea. The branches of Rhus vulgaris have been used as one of the traditional toothbrushes (chewing sticks) for ages and the sap from the chewing sticks is believed to possess protective activities against a number of mouth microorganisms.
In some communities, Rhus vulgaris roots are boiled and drunk to treat abdominal pain in pregnant women, hypertension and diabetes. The leaves and root decoction is administered to prevent vomiting. Similarly, the leaves and root decoction is also administered to treat chronic diarrhea, and applied to the skin to treat skin rashes. 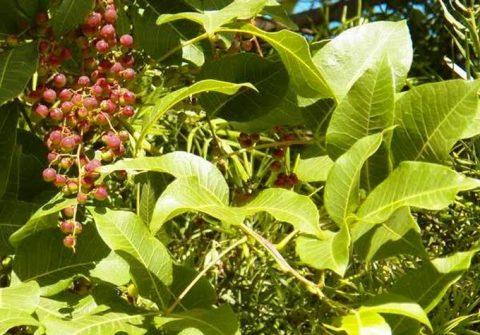 The decoction made from freshly collected and boiled roots of Rhus vulgaris  is orally administered for treatment and management of dysentery. In some communities, the stem bark decoction is used in the treatment and management of coughs. Leaves, stem bark and roots decoction are used for treatment and management of colds, abdominal pains, and gonorrhea. The leaf decoction is administered orally to treat sterility. The root decoction is administered orally to treat sterility and hemorrhoids. The infusion is drunk to treat and manage syphilis, and the roots boiled in milk are used as an antidote. Furthermore, the roots infusion is bathed in to treat measles.
Scientific studies have showed that Rhus vulgaris possesses potent sources of antioxidant and anti-inflammatory agents. In addition to its medicinal potential, Rhus vulgaris is also used as a source of firewood, farm tools, and the fruits are also eaten in some communities.