It is called Sarva Seva Sangh which means “a community at the service of all”. It was founded by the Divine Word Missionaries and is especially dedicated to helping the street children of Pune.

Pune, the eighth city in India, two hours’ drive from the great metropolis of Mumbai, increased enormously in size in recent years, becoming a capital for high-tech and manufacturing businesses. This impressive development has brought to the city a great flow of migrant workers and, together with them many children from other parts of the country. Many of them end up in the shanty towns, on the streets or in the railway station, often in the work sites. These youngsters have fled their homes or have been abandoned by their families, are the victims of unpaid work, suffering from HIV/AIDS, or perhaps the children of mothers unable to take care of them because they are forced into prostitution, or are the victims of serious forms of exploitation as forced labour. As a result, the street children earn their living by begging, collecting scrap or in other such ways. 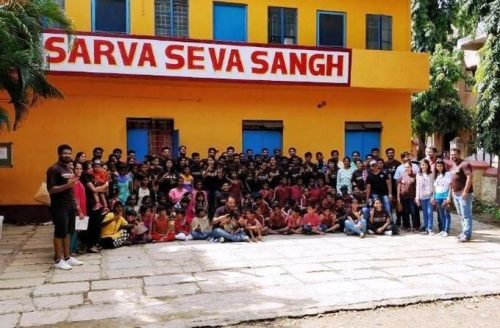 The Sarva Seva Sangh Centre of Pune (“a community at the service of all”) has various creative initiatives to rescue these children. Sarva Seva Sangh is a pioneering Centre of the Divine Word Missionaries, specialising in assisting high-risk children but is also involved where there are other difficult realities such as that of women in serious difficulty or elderly people left unaided. “Sarva Seva Sangh” was begun forty years ago and has had a positive effect on the lives of thousands of minors. At the moment it provides assistance in various forms to around 500 children and youngsters. The staff employs innovative and diversified methods that involve not only the minors but also their parents or tutors, wherever possible. 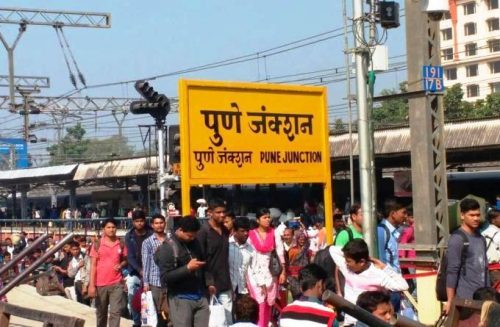 Each day, the staff of Sarva Seva Sangh visit the Pune railway station where around ninety children live. They try to convince them to leave the place and attend school. This requires: first of all, the identification of the children; possibly getting them to cooperate; tracing their families (where they exist); helping them to undertake specific programmes to improve their miserable condition.
The street children are unable to see to their own health and hygiene. During the daily visits to the station and other contact points, the staff of the Centre provide primary health care and take to hospital those children who require medical checks or specific treatment. Hundreds of street children have benefited from this health service thanks to the help of volunteer doctors. The Sarva Seva Sangh Centre also has a “school on wheels” to rehabilitate street children. A minibus, transformed into a classroom, visits the shanty towns and the sites where children are forced to work, or the railway station. It is equipped with technology adapted to the children. Apart from teaching reading and writing, the “mobile school” offers the small pupils activities such as singing, dancing and art. It is a basic form of education, as yet informal, but closely adapted to children in such conditions.It is a first step in the process of rescuing minors from poverty and exploitation, to convince them, together with their adult contacts, to start formal school. The children are often starving and are given highly nutritious food. Almost 250 attend the minibus-school at five different contact points in different areas of the city. 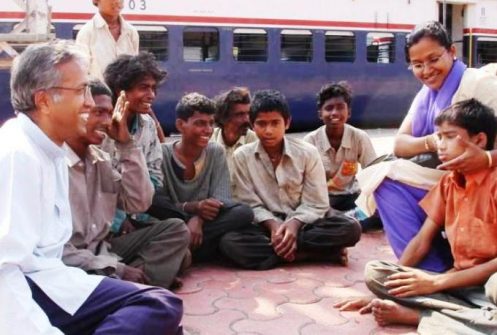 One of the basic aims of the Centre is to restore the children to their families. In recent years, this aim was reached in about a hundred cases. Around eighty minors are at present resident in four hostels in Pune and regularly attend the public schools. The staff of the Centre visit the hostels and follow the progress of each child at school.The street children whom it has not been possible to reunite with their families are housed in a section of the Centre. The house receives minors from five to seventeen years of age. They are enrolled in the schools of the area and are provided with all the books they need. There are also extra lessons to help those small children who are behind in their studies. The children live, study and play like one large family where they are offered a fresh opportunity for their all-round growth.