Ongoing insecurity and bad governance contribute to the expansion of the second largest Ebola epidemics in the DRC and beyond. The World Heath Organisation has declared the deadly Ebola a global
health emergency.

With over 2,700 cases including 130 health workers and more than 1,590 deaths at the beginning of July 2019, the Ebola epidemics which is affecting the DRC at the moment is the largest since the previous episode which caused over 11,300 deaths in West-Africa between 2014 and 2016. The epidemics started on the 1 August 2018 in North Kivu where 90% of the identified cases have occurred and then spread to the Ituri and South Kivu provinces. By mid-June, according to the Ministry of Health, 147,120 people had been vaccinated and over 70 million controls had been made.
This epidemics is not the first in the country which is considered as the reservoir of the virus and where it appeared first in 1976 and seven times more (1977, 1995, 2007, 2008, 2012, 2014 and 2018).  Owing this succession of epidemics, the DRC has acquired a remarkable experience and trained its medical staff to deal with the scourge.
But despite this experience, the benefits of this comparative advantage have not materialized owing to factors that have hampered the efforts of the medical staff. 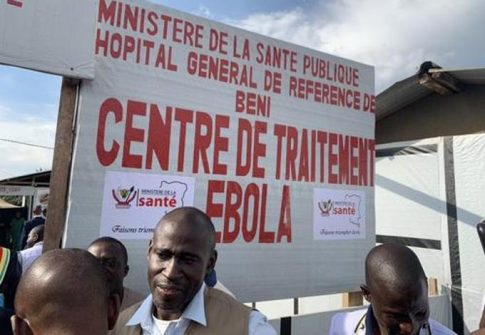 Last July the World Heath Organisation (WHO) has declared the Ebola a global emergency in the country.  Meanwhile, the Ebola has spread to neighbouring Uganda and there is the high risk of propagation of the disease in other provinces of the DRC.  In June 2019, three persons died in Uganda, Allof them had travelled recently to the DRC. On June 15, the Tanzanian Minister for Health, Ummy Mwalimu tweeted that her country was at high risk of an Ebola outbreak , owing to the contacts between the populations in both countries, listing the Kagera, Mwanza and Kigoma Western regions as the most exposed to the danger. In its 27 June 2019 issue, the Bujumbura paper Iwacu, reported that Burundian citizens in the Cibitoke province were expressing concern about potential contamination risks, owing to the porosity of the border with the DRC.  Accordingly, many people bypass official control checks. Burundian nurses lack the necessary material and don’t wear gloves or masks while doing temperature checks. Rwanda is on alert since the first cases were confirmed in Uganda. 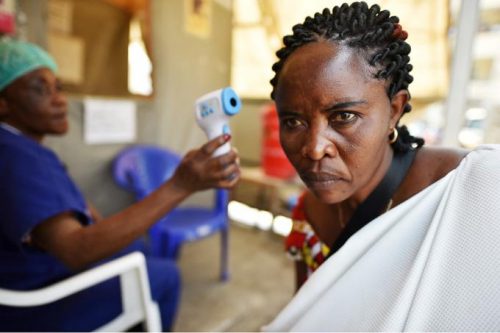 In the meantime, the epidemics is progressing in the DRC unabated. At the 72nd World Health Assembly, by end May, participants stressed that the main obstacle in the fight against the epidemics was insecurity. On the 8 June 2019, the Ministry of Health reported 132 attacks against anti-Ebola teams since the beginning of the epidemics. A week later, a prevention team was attacked and destroyed at Mudzipela (North Kivu) by motorbikes at a control post on a road leading to contaminated areas.
On the 27 June, the WHO announced that response operations had been temporarily interrupted in Beni (North Kivu) following two days of insecurity in the town of Musienene, while the Komanda area in Ituri experienced a resurgence of  cases after a period of prolonged absence of anti-Ebola teams. 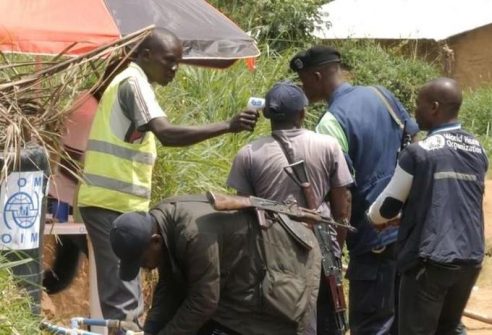 This province of Ituri is the hot spot at the moment. By mid-June, UN sources reported that over 300,000 people had fled owing to large-scale clashes between the Hema and Lendu ethnic groups. Some of them fled into Uganda, raising concerns that escalating conflict could lead to a larger flow of refugees across the border and thus increase the risk of spreading the epidemics in the neighbouring country.
Efforts to combat the outbreak are hampered by community resistance and militia attacks that have disrupted operations to isolate and cure those infected. Lack of trust in the central government of Kinshasa is another problem.
Political protesters burnt and looted an Ebola-treatment facility in Beni in December 2018, after the Kinshasa government blocked more than one million people in areas stricken by Ebola which are also known for their opposition to Joseph Kabila’s candidate. Local residents were suspicious that the fight against Ebola was used as a pretext to prevent them to cast their votes in favour of the oppositions. In February 2019, Butembo and Katwa treatment centers were torched. 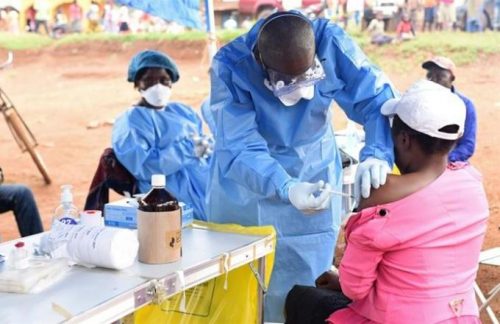 Part of the hostility against the anti-Ebola teams is tainted by tribalism. According to sources in Goma, the Congolese Minister of Health, Oly Ilunga Kalenga appointed anti-Ebola teams from his home Katanga region. As a result local nurses from the Nande tribe in Butembo who were not been given jobs felt very frustrated.
“Hiring local staff is a key issue. Ebola has turned into a tribal issue which could set fire to the entire Kivu. If UN people don’t understand that, there won’t be peace for humanitarian aid workers on the spot”, told SouthWorld a source in Goma.
In such context, prevention teams can hardly be deployed. In February 2019, 43% of the people who died from Ebola in Katwa and Butembo (North Kivu) passed away in their homes, not in hospitals or health centers. This suggests that the virus is spreading undetected outside known chains of transmission and that the toll is probably much higher than official figures. The current death rate of 60% is higher than it was during the Ebola crisis in West Africa, despite improvements such the introduction of experimental drugs. “We can have the best treatments in the world, but it won’t decrease mortality if patients don’t come in or come in too late,” says Chiara Montaldo, from Médecins Sans Frontières. Even teams set up to bury in dignity and safety the corpses of the victims have been attacked. WHO’s director general Dr Tedros Adhanom Ghebreyesus, considers that the epidemics is going on because health staffs do not have a regular access to the communities. “We are fighting one of the most dangerous viruses in one of the most dangerous areas” , he told the World Health Assembly on the 22 May. 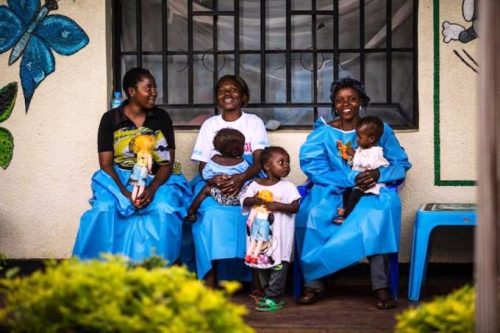 Another challenge is the lack of funds to fight the Ebola outbreak. The WHO estimates the cost of stamping it out in the DRC at US$148 million. But as of 26 February, WHO member countries had committed less than $10 million, according to its director-general, Tedros Adhanom Ghebreyesus. At the same time, part of the staff is not paid regularly. On the 19 June, the Libre Belgique Brussels daily reported that many medical doctors, nurses and paramedical staff has not received their salaries for several months. The anti-ebola actions are financed on the one hand by the World Bank, partly through the WHO and on the other one by the Congolese government  The situation is worse for the second group, since according to the Belgian paper, only those who are paid by the WHO receive their salaries.
An additional problem is that the Minister is not showing the good example. A doctor told the Belgian paper that Minister refused to wash his hands in the Mabalako area, near Beni (North Kivu) in front of people who were coming from a funeral by mid-June. As a result, people felt confused and wondered why they should wash their hands if the Minister didn’t. Some thought something suspicious was going on. And the minister had to run away to escape dilapidation by mid-June. The epidemics has also unexpected side effects. In Goma, it has attracted a number of NGOs. Prices have soared in the region. That is specially the case for hotels rooms who are rented by charity organization staff for weeks although they don’t occupy them all the time.