Among the groups belonging to the radical Islamic galaxy, a fundamentally important role was played by the Al Qaeda of Islamic Maghreb (AQMI) which now controls the routes in the area of the Gulf of Guinea and the Maghreb leading to Europe.

Among the criminal organisations most involved in business with the Islamic terrorist groups of western Africa is the Mexican Sinaloa cartel which, in league with its Colombian colleagues, finances international Jihadism with its income. According to the US State Department there are at least 51 groups described as terrorists, almost half of them (as many as 20, including  Al Qaeda in the Maghreb and Hezbollah in Lebanon) are now bound up with Colombian and Mexican drug traffickers. 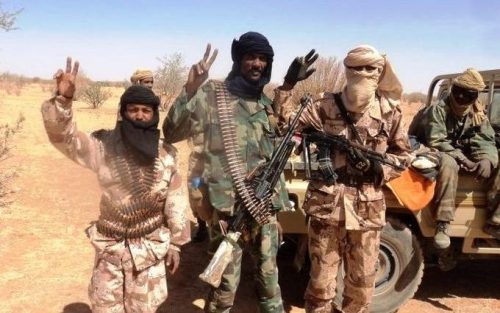 Al Qaeda is said to be in control of trafficking in the region of Sahel in Western Africa while Hezbollah is said to be involved in illicit cocaine, synthetic drugs and money-laundering between South America, West Africa, Europe and the Middle East. According to DEA experts, the appearance of this important Mexican cartel in the western African illicit drugs market is due mainly to an increase in consumption in Europe, the Middle East and in Africa, markets that have allowed the mafias to make up for the collapse of cocaine consumption in the United States which, of course, also led to the collapse of cocaine prices. The DEA report also shows that the entry of the Sinaloa cartel into Africa was facilitated by the Colombians who acted as intermediaries (some of whom were members of the FARC ‘Armed Colombian Revolutionary Forces’), to whom we must add other intermediaries defined in the report as ‘shadow facilitators’. Such people, already known for their international criminal activities, offer drug traffickers and terrorists such services as money-laundering, smuggling, forgery and the control of the routes along which drugs and arms are moved. Their role is so much in demand that many drug-trafficking and terrorist organisations share the services of the same shadow facilitator and the capture of one of them would be a severe blow to international crime. 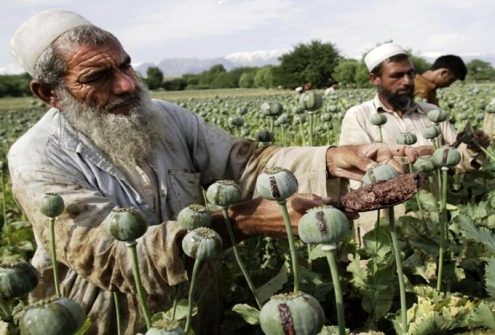 Concerning the web of affairs related to the illicit trade in drugs that connects crime and groups in the galaxy of terror, the data furnished by the CITCO, ‘Intelligence Centre for Terrorism and Organised Crime’, an organisation of the Spanish government, have much to say: almost 20% of the terrorists in prison have previous convictions connected to drug trafficking and the forging of documents. Many of them worked between Ceuta and Melilla, the gateway to Europe from North Africa. The CITCO reports also show that, in the areas in question, there are active fundamentalist groups that are financing the Islamic State by drug trafficking, arms smuggling and human trafficking. It also seems that these new alliances have further increased traffic in cocaine and marijuana along the border with a corresponding increase in exchanges in recent times.
The figures published by the Russian Federal Agency for the control of drug trafficking (FSKN) indicate that drug trafficking is second only to oil as a source of funds for Islamic State.
In particular, sales of heroin, derived from opium produced in Afghanistan, create an income of more than a billion each year for ISIS.
According to the Russian figures, it seems that more than half the heroin sold in Europe now bears a Jihadist trademark, a fact reflected in the continual increase in Afghan plantations that this year have produced an excellent harvest. The same data give rise to an estimated Isis income from drugs of around a billion dollars per year, and a future income of 50 billion dollars for the Islamic State. 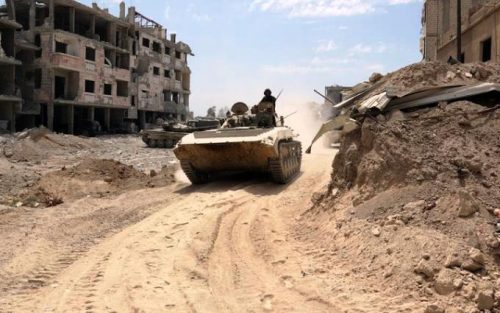 It is worth noting that instability in Iraq and Syria guarantee a secure and undisturbed passage for drugs sent from Central Asia to the European market, marginalising the Baltic route. Syria, in particular, besides being the location of an undisturbed route for different traffickers, has become the ideal centre for the production of synthetic drugs as it is a relatively industrialised country with numerous installations for pharmaceutical production present in the war zone that were immediately converted into laboratories for the production of amphetamines. This is a phenomenon that has produced a war economy that serves to finance the various Shiite and Sunni factions present in the country. The Syrian production of such drugs is largely absorbed by Saudi Arabia, the United Arab Emirates and Qatar where, in recent years, there has been a surprising increase in the consumption of such substances due to the fact that the amphetamines, even if they are severely prohibited by Islamic law, are used where there are restrictions on alcohol and natural drugs. Captagon is the most widely used substance among Sunni youth.
According to figures provided by various intelligence centres, the phenomenon being studied is growing and there is no doubt that it has become more deeply rooted in those areas  (the Middle East, Maghreb, Sahel, Afghanistan and Central Asia) which, ruined by the situation, have precipitated into chaos favouring the proliferation of such situations.(F.R.)