Maritime piracy in the Gulf of Guinea is a threat not only to the welfare of seafarers and ship-owners, but also to the politics and the economy of coastal states. Some of them depend on the flux of money and goods generated by the traffic of ships. Therefore, up to a certain level, piracy is an existential threat for some governments, at least in the short to medium term.

On 13th January 2021, the International Chamber of Commerce’s International Maritime Bureau (ICC-IMB, a leading institution on these issues) published its annual report on piracy in the world. ICC-IMB reported an increase in pirate attacks (from 162 in 2019 to 195 in 2020) worldwide, due also to an increase in attacks in the Gulf of Guinea.
In this area, 84 acts of maritime piracy were reported, with a more than 30% increase. In the last year, 3 vessels were hijacked in the world, all of them in the Gulf of Guinea, where 11 vessels were fired upon too.  The kidnapping for ransom of crew members is a major threat: in 25% of the attacks, seamen were abducted. In 2020, 130 crew members were kidnapped in 22 episodes in the region, accounting for 95% of seafarers kidnapped worldwide. As far as kidnapping is concerned, the Gulf of Guinea is the most dangerous spot in the world for sailors. 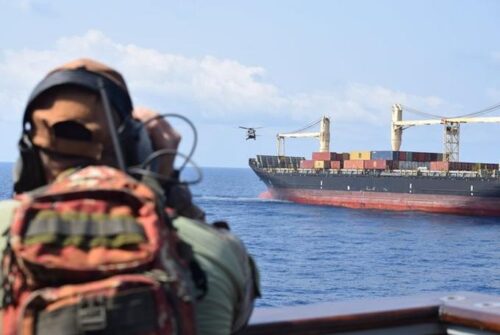 The ports in the Gulf of Guinea were among the most targeted by piracy last year. Brass and Lagos in Nigeria were hit 12 and 10 times respectively; Cotonou in Benin 11 times and Takoradi in Ghana 7 times. But also ports like Pointe-Noire (Republic of Congo) and Lomé (Togo) were crime scenes (3 episodes each). Though Nigerian waters remain the main theatre of operations for pirates (35 attacks both in 2019 and 2020) the dynamics can vary in the different areas, first due to the pressure of security forces. Patrols by local military force pirates to move from one area to another.
Following the intervention of security forces in Nigerian waters, pirates shifted to Benin (that passed from 3 attacks in 2019 to 11 in 2020) and Ghana (from 3 attacks in 2019 to 9 in 2020). But Nigeria, and most of all the Niger Delta, is still considered the main base for pirates. 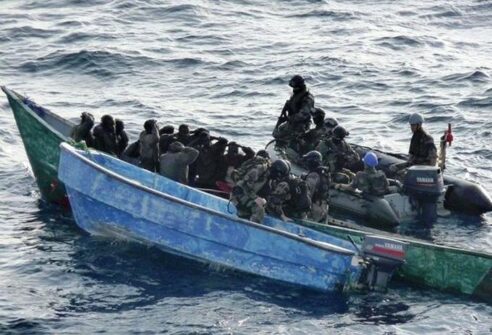 There is a disparity between these data and those provided by the US Department of Transport Maritime Administration (MARAD) in its 2021-2022-Gulf of Guinea-Piracy/Armed Robbery/Kidnapping for Ransom advisory, valid from 9th January 2021 to 7th July 2021. MARAD reported in 2020 (from 1st January to 22nd December) 97 acts of piracy or robbery at sea, with a 24% decrease in comparison with the same period of 2019. According to MARAD, hijackings and kidnappings fell by 16%. In 2020, Nigerian waters were the theatre of 51% of pirate attacks reported in Gulf of Guinea. Also, in this case, a decrease was reported (-71% in comparison with 2019).

Standard Operating Procedures
Notwithstanding this difference in data, the number of pirate attacks remains high in this area that includes (following  the MARAD definition) nine state of Western and Central Africa (Ivory Coast, Ghana, Togo, Benin, Nigeria, Cameroon, Gabon, Equatorial Guinea, and Sao Tome and Principe). But Nigerian pirates seem to be involved in attacks also in Luanda in Angola and Conakry in Guinea (5 attacks each in 2020).
Thanks to the use of supporting motherships, pirates are now able to attack a vessel at 200 nautical miles from the coast, even if the average kidnapping incident takes place at 60 nautical miles. For this reason, in its reports, ICC-IMB suggested the vessels stay at 250 nautical miles until they can reach a safe berth or anchorage. Different types of ships are attacked (tankers, container ships, cargo vessels, fishing vessels, passenger vessels, vessels supporting oil drilling and production, etc.), but those involved in the oil trade are the main targets, both for their cargo and for their crew. 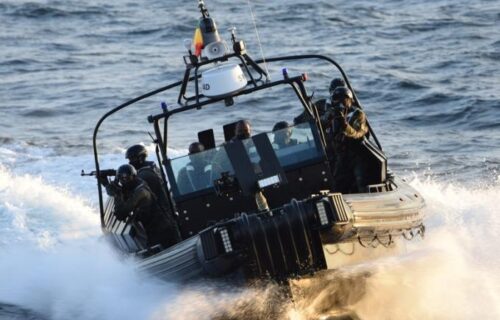 As for kidnapping for ransom, pirates usually abduct from 2 to 6 crew members among those considered “high-value targets” (master, chief engineer, etc.), especially if they are Westerners. But criminals do not hesitate to take away 10 or more people at a time. After being kidnapped, the seafarers are moved to land, where they are held until the negotiations are over.
According to ICC-IMB, attacks are becoming more violent, with the use of firearms in 80% of the cases, even if only 4 sailors were wounded in this region and no one was killed in 2020. Nigeria and Benin were the countries where the use of guns was more frequent.
To protect both their lives and their ships, crews have different means, such as having a “citadel” (a safe house within the ship to seek refuge when the vessel is boarded) and putting barbed wire around the vessel. The captain can also try some evasive manoeuvres to stop a hostile boat from approaching. Some ships have water cannons that are used against pirates. Some have armed security teams on board. The implementation of these measures depends on a series of factors, such as the law of the countries of the parties involved in the shipment.

Maritime piracy is not a phenomenon of the past. It is a clear and present danger both for politics and for the economy, especially for the Gulf of Guinea countries.
An increase in attacks has a deep impact on the economy, as for example the increase in insurance costs for ship-owners and in the cost of goods. Also, ransoms are a cost that must be considered. 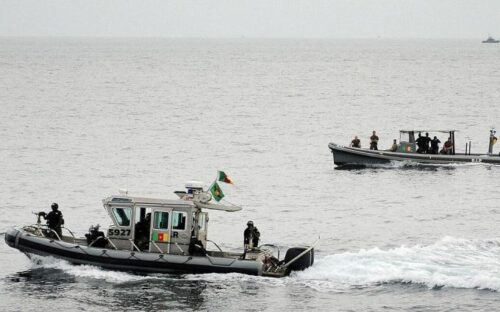 On a political level, the governments of these countries must manage the risk to the flow of goods to and from their ports. For some of them, such as Nigeria and Equatorial Guinea, a stop to the flow of oil and oil revenues could have devastating effects on their governance since their finances depend on oil royalties.
Military cooperation between the navies can improve the efficiency of the anti-piracy operations in the Gulf of Guinea. But until pirates find a good alternative (for example, in politics of social and economic integration in the society) they will continue sailing the high seas.