The Emirate Federation, created in 1971 out of the union of the six monarchies (seven since 1972), is unique in the Arab world since it is made up of absolute hereditary monarchies headed by a sheikh who functions as an absolute sovereign within his own state.

In virtue of its constitution, the Emirates enjoy autonomy from the political, juridical, and economic points of view and their internal dynamics are by nature oligarchic.
Decisions are taken within the Federal Supreme Council which is made up of the hereditary ruling Sheikhs of the country.
Ever since their foundation, Abu Dhabi, the capital since 1996, and Dubai have exerted a predominating influence economically and demographically. This dominance has determined the regular reconfirmation of their respective Emirs, within the Supreme Council, in the posts of president and prime minister of the Federation: Emir Zayed bin Sultan al-Nahyān (succeeded in 2004 by his son Khalifa bin Zayed al-Nahyān) and Rashid bin Said al-Maktoum (replaced in 1990 by his son Maktoum bin Rashid al-Maktoum). 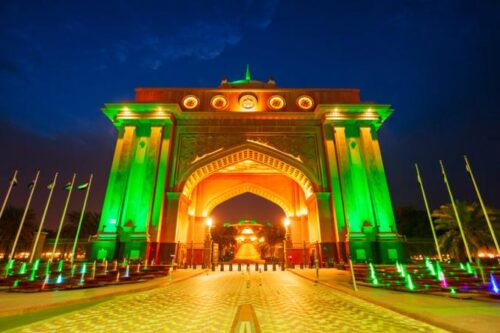 One of the tasks of the prime minister is to select the members of the government who are then approved by the President and the Supreme Council of the UAE. Following the economic crisis of 2008, in particular, which hit Dubai most of all and was averted by a plan involving 20 billion dollars advanced by Abu Dhabi, it is the Abu Dhabi that governs the UAE internally as well as in the elaboration of foreign policy and security.
The economic and demographic differences that exist among the smaller Emirates do not lead to their penalisation. The smaller Emirates, instead, are considerably advantaged by the Federation outside of which they would have survived only with difficulty.
The single Emirates adopt economic policies that reflect the differences between the respective economic structures of those belonging to the Federation within which there is a regime of free exchange but also a shrewd redistribution of the income from petroleum, the results of which are to be seen mostly in terms of social welfare. 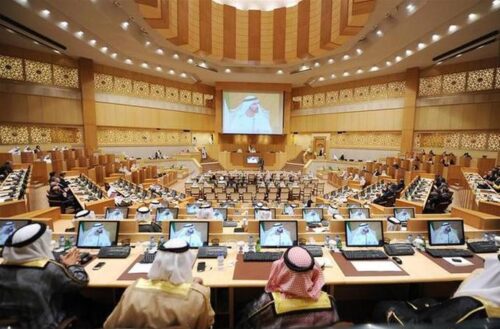 In terms of institutional politics, 1971 also saw the creation of the Federal National Council which functions mainly as a consultative organ even though in recent years it has extended its functions in response to the growing attention to social and economic questions (education, health, small businesses) and to feminine empowerment. The organ has a single house and is composed of forty members (with a percentage of women) of which only half, since 2006, are directly elected while the rest are nominated by the individual Emirs.
Since 2006 there has also been a broadening of the electoral base which, from 6,500 voters showed an increase to 337,000 voters in the 2019 elections when, nevertheless, only 35% of the few existing voters actually went to the polls (there being no universal suffrage). 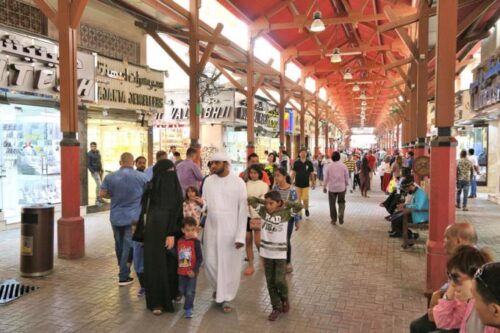 People visit the Gold Souk in Dubai. The Federation is multi-ethnic and has about 10 million inhabitants of whom only one million are from the country. ©Tupungato/123RF.COM

From the social point of view, the Federation is multi-ethnic and has about 10 million inhabitants of whom only one million are from the country while the rest, about 88.5%, are all expatriates (of whom 2.6 million are Indians, 1.2 million Pakistan, 700,000 Bangladeshi, 525,000 Filipinos, 450,000 Iranians, 400,000 Egyptians, 300,000 Nepalese, 300,000 Sinhalese, 200,000 Chinese) who represent 90% of the workforce in the private sector, the petroleum sector so necessary for the standard of development of the Federation. This heterogeneousness is the result of the economic and construction boom of recent decades that has attracted large numbers of migrant foreign workers, mostly adherents of the Muslim faith from poor areas of South East Asia who have increased the population by a factor of five.
According to reports issued by some humanitarian organisations, working conditions are inhuman and the pandemic has left the workers in an even worse condition since they find themselves with no social security or money to send home to their families. Another important migratory phenomenon is that of the Western community located in Dubai which shows a high rate of increase of 6.3% per annum. This varied ethnic mosaic is a cause for concern partly due to the growing tensions that are developing between the poor social classes also due to the recession caused by the pandemic.
In fact, there has been a worrying increase in aggressive behaviour in the work camps and in the dormitory residences, especially those occupied by the poorer classes within the so-called Kafala work system which shows no particular care for the workers but, on the contrary, imposes inhuman working conditions on them. 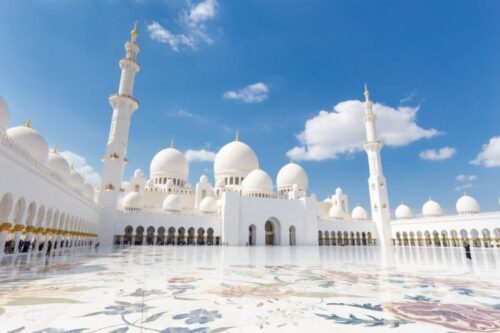 It must also be noted that the Indian community, due to its high numbers, plays an important role both within the Federation and in Dubai, the location of some Indian billionaires engaged in the jewellery industry. From the point of view of religious affiliation, 85% of the population are Sunnis, 15% are Shiites, 9% are Christians and 15% profess other religions, mainly Hinduism and Buddhism. Unlike many other countries in the region, there is respect for religious freedom and cult and it was probably not by accident that the Pope started to dialogue with Islam here when he signed, in 2019 and together with Sheikh Ahmed al-Tayeb, a document encouraging interreligious dialogue. (Open Photo: 123RF.COM.). F.R.