In the new geopolitical context that is developing worldwide, Africa is increasingly seen as a nerve centre of interests.

Its natural resources and its strategic position have drawn the attention of Western countries (especially that of the combined efforts of the USA, Israel and France) and have provoked the interest of new actors such as China, India and Russia. The operations of the latter, in the medium term, could anchor Africa politically to the Eurasian continental land mass, and so create a third pole in the Euro-African-Asian space. Within this context, the relations between Russia and the African continent, once very active during the Cold war, have regained strength due to the profuse commitment of Vladimir Putin who planned to reposition the presence of the Russian Federation in Africa by renewing contacts with the states that once belonged to the old Soviet network. Putin’s repositioning, based upon relations at different levels – both commercial and military – is also attributable to precise strategic decisions closely related to Africa’s geographical position, to its immense mineral resources and the presence on the continent of other world powers like the United States, China and countries of the European Union. 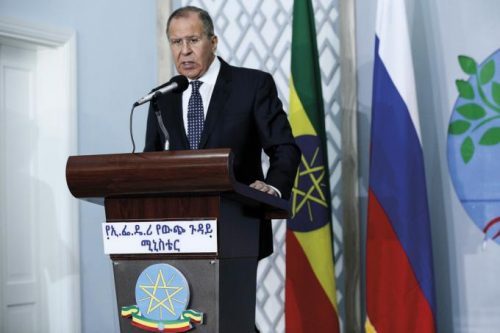 In March 2018 the Russian foreign minister Sergey Lavrov went on a five-day tour to Africa visiting Angola, Namibia, Mozambique, Zimbabwe and Ethiopia. In June he attended a summit in South Africa and visited Rwanda, chair of the African Union this year. It was a clear signal that Russia is setting itself up to return to the African continent.
Africa is essential to Russian interests. Even though Russia does not need African raw materials, its presence could, nevertheless, condition other competitors and so represent a strategic objective, as well as a threat to be used in other scenarios. Within this competition, Russia, in order to gain ground with respect to the other actors, is aiming at providing political support to African governments at the UN – bringing pressure to bear as a member of the Security Council – as well as military considerations. The United States with its armaments industry is Russia’s main competitor. China, instead, is an economic competitor. 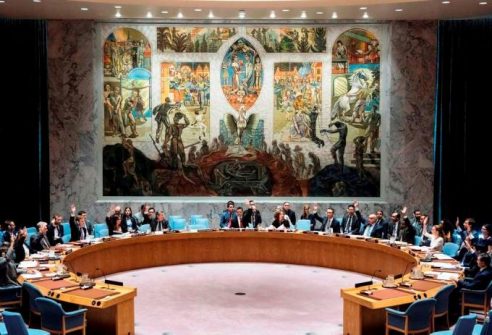 Members of the United Nations Security Council sit during a meeting.

The USA and China have been well rooted in Africa for some time and it will therefore be difficult for Moscow, for the time being, to reach the same level or to restore the position it enjoyed up to 1991 given that, besides arriving late in Africa, it has not the same resources available as those of its main competitors. While, despite their harsh colonisation methods, the Western countries are still able to use their ancient ties to their advantage, the history of the Kremlin in Africa does not precede the nineteen hundreds and this unavoidably creates a disadvantage in their knowledge of regional dynamics and the rooting of interests. However, for Vladimir Putin, Africa is beginning to assume even greater significance. And Russia wants to play an important role on this new international chessboard. (F.R.)