Forty years have passed since the Movement of Democratic Forces of Casamance (MDFC) began its fight for independence from Senegal. During those decades, the conflict was altered, allies changed and numerous non-aggression pacts were signed with poor results. In the meantime, the local population continues to live in the same old conditions of poverty.

Travelling in an overcrowded seven-seater, I visited Ziguinchor, the main city of Casamance. After a few kilometres, the driver has to stop and two soldiers order us to get out and show our identity documents. They look at them look at us, look at them again and finally tell us to get back in the vehicle. The driver smiles at me with a friendly gesture and zigzags between the obstacles and we continue our journey until the next road block. The sun is setting. I see enormous tree trunks at the side of the road, waiting to be loaded on lorries. 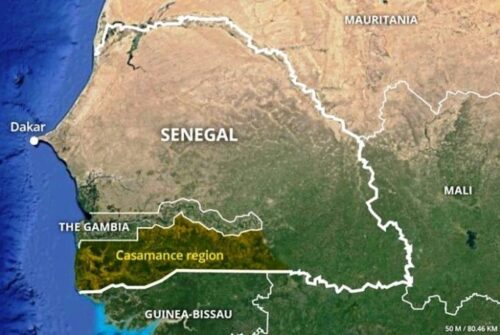 The three main products of this region inserted between Guinea-Bissau to the south and Gambia to the north and 450 kilometres from Dakar, the capital: timber, zirconium and, to a lesser degree, cannabis.

The original cause of the conflict
During the eighties, resentment at the marginalisation and exploitation of Casamance by the central government in Dakar gave rise to the Movement of Democratic Forces of Casamance (MDFC), and, two years later, one of its branches became its armed wing known as Attika. “There are various reasons why there is a desire for independence – Ricardo Embaló, a local political analyst tells us – First of all, there are cultural and religious reasons.  In most of the region of Casamance, people practise Christianity, while the rest is characterised by the Muslim faith. From the ethnic point of view, we are more similar to the ethnic groups of Guinea Bissau than to those of Senegal. Then there are economic reasons. We have different natural resources to the rest of the country such as timber, ground nuts and palm oil as well as small plantations of cannabis”.  Ricardo adds that zirconium also has an important role in the conflict, even though it was discovered only ten years ago. 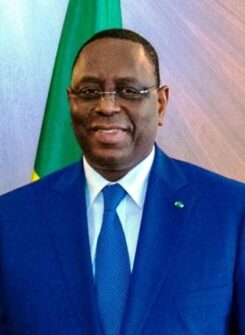 The conflict became radicalised in the nineties when international actors came on the scene on behalf of both parties. During its history, the MDFC has been supported by Libya, Iraq and the Gambia, though these allies no longer do so. Senegal also received military aid from France, both in training and in arms. While at first there were just peaceful demonstrations, when the weapons  arrived, it became violent, creating more than 11,000 refugees in Gambia and 8,000 in Guinea Bissau.
Different cease-fires were agreed in the nineties but none of them lasted, often because of internal divisions within the MDFC along ethnic lines and between those who were ready to negotiate and those who refused to lay down their arms. In 1992, the MDFC divided into two main groups, North Front and South Front. While the South Front was dominated by the Jola ethnic group and sought complete independence, the North Front included Jola people who were ready to work with the government according to the failed agreement of 1991. A further cease-fire led to a break with the intransigent rebel groups of the MDFC who continued to attack the military.
In 1999, another meeting was held in the Gambian capital between the Dakar government and the MDFC, but yielded no concrete results.

Neither war nor peace
With the passing of years, the conflict stagnated and the MDFC lost international support. There followed a series of meetings but these failed to provide a lasting solution to the conflict. Finally, on 1 May 2014, the commander of the North Front, Salif Sadio, decided to declare a unilateral ceasefire which was partially respected. 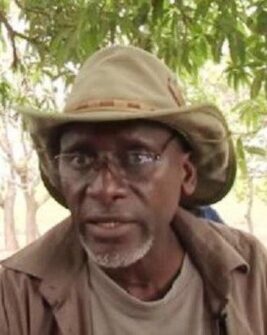 The commander of the North Front, Salif Sadio.

It was decided that the secessionist leader and the president of Senegal, Macky Sall, should meet more often for peace talks but this did not happen. The last one was held in February 2020 with no obvious results.
On the other side, the South Front rejected the accord of the North Front with the government. In fact, the South Front is more characterised for its criminal rather than political activities. Furthermore, the faction has but relative importance on the Guinea Bissau side of the border, an area where there is no government presence and the traditional local chiefs hold most socio-political power. Analysts agree that the region of Casamance is in a situation of ‘no war, no peace’.

New financing sources
How are these guerrilla groups scattered throughout the region financed? Ricardo Embaló says: “First of all, with zirconium. This mineral has various colours, more or less transparent, with a diamantine lustre, great hardness and weight.  It is used mainly for jewellery and the manufacture of containers for nuclear waste, as well as in various materials for mobile technology”.
The analyst continues: “In Senegal, there are two areas where it is extracted: Diogor, in the north of the country and Niafrang, in the south of Casamance”.
Ricardo explains that while zirconium mining at Diogor could easily be carried on without difficulty, it is different at Niafrang where various environmental activists – Senegalese and French in the same manner – and the South Front of the MDFC at first refused. In the words of the secessionists, the Dakar government permits represent a ‘declaration of war’ in Casamance, where the situation is extremely delicate. 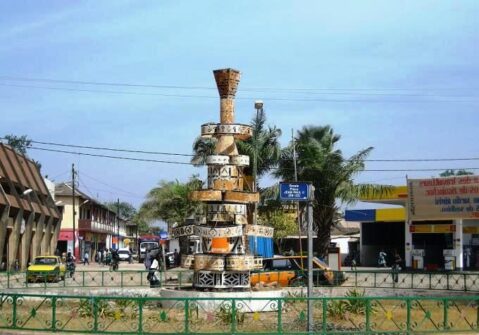 According to the environmentalists  more than 44 localities would be affected by the mining process since the dune they wish to excavate acts as a natural barrier against the sea – the region is just one metre above sea-level – and its disappearance would be a threat for the villages. The company in charge of the extraction is Astron Corporation Ltd, an Australia-based multinational that has close relations with China. Talks between the Senegalese government and the multinational took six years to produce results and mining began in 2018 – despite the dangers involved for the local population – with a contract that has no time limit. Ten per cent of the profits are said to have gone directly to the coffers of the central government.
“Because the region of Casamance is unlikely to pay the wages of the miners, instead, a good amount of money is to be paid to the guerrilla leaders who agreed to allow mining to start”, says Ricardo.
Another source of funds for the guerrillas is cannabis trafficking, though to a lesser degree. The quality of the plants in the region is rather low and they are not used for export but for local consumption. Almost all the marijuana on sale in Dakar comes from Casamance.
It is a small income but, despite everything, it continues to fill the coffers of the MDFC.

An ace in the sleeve
Finally, there is timber. Deforestation has an immense influence on the region. Tree felling concentrates on two very specific varieties: palisander and teak. Both of these have a high value and they are used to manufacture quality furniture around the world. Deforestation is forbidden in Senegal to avoid the imminent deforesting of Casamance, but the practise is not penalised. Even though timid attempts have been made to tighten the relevant laws, the result has been practically zero due to the conflict in Casamance and following the prohibitions created in 2010, a commercial system that directly interests Gambia and China has been created.
Information provided by the Observatory of Economic Complexity (OEC) shows that 51% of Gambian exports consists of timber – it is the fourth largest exporter in the world – while in Senegal they do not amount to 1%. Nevertheless, and surprisingly, policies against deforestation in Gambia are more severe than those of Senegal and have been seen to be correctly implemented. How come? 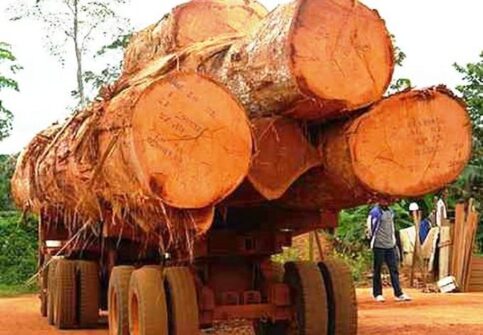 In 2016, the then minister for the environment, Haidar El Ali, flew a drone over the border between Gambia and Senegal to show the smuggling of timber between the two countries. The process is very simple: the timber is harvested in Senegal, transported illegally to Gambia and Gambia sells it to the world. Its largest customer is China. The Asian giant receives 98% of the timber exported from Gambia. From 2010 to 2014, exports of palisander to China increased by 700%. It is true that Burkina Faso, Ivory Coast, Ghana, Guinea-Bissau, Guinea, Mali, Niger, Nigeria, Senegal, Sierra Leone and Togo have expressly asked China to reduce its demand for timber but the Asian country never replied. The timber companies, together with the local population and presumably without government support, are the participants in this business: firstly in deforestation and secondly in smuggling. The Senegalese analyst Abdou Sane has confirmed that the Chinese buyers operate outside of Senegal so as to leave no trace of plunder. Timber is the main source of income for the MDFC and with it they purchase arms to continue a low intensity conflict forgotten by the world.