Fishing rights sold off by governments to foreign companies. Illegal fishing and how it damages the environment. Drug trafficking.
Factors that impoverish and render insecure the waters of many African countries.

The continent has 38 coastal countries, 13 million km² of maritime zones and owns 17% of global water resources. Economically speaking, 90% of African trade travels by sea. As regards food security, many African countries derive much of their protein from fish which makes fishing a primary activity in the survival of the inhabitants. 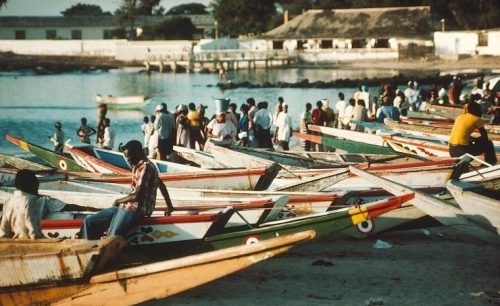 Maritime control is important to Africa for three reasons: it helps economic development, is an integral part of security and defends its nutritional integrity. Piracy, one of the most serious threats to the security of the African coasts, has for two years now, again begun to weigh heavily on the waters off the coast of Somalia and the Gulf of Guinea. There are other serious problems such as trafficking in arms, fuel, drugs and human beings, apart from the different crimes against the environment and illegal fishing. It is worth noting that the conflict in Yemen has caused an increase in criminal activities in the Red Sea using remotely controlled boat-bombs and unmanned submarine drones which constitute a threat to maritime trade and infrastructure with implications affecting the entire region. 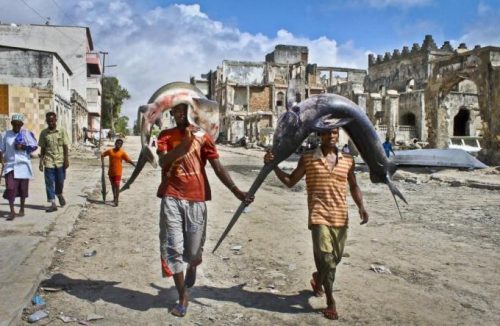 One of the most widespread and worrying of the crimes is drug trafficking, especially in western Africa which, in the last decade, has become one of the main transit routes for South American cocaine destined for Europe, as well as being a strategic centre for the production, distribution and wholesale trading of narcotics. One of the more negative aspects of these illegal activities is that their proceeds have made it possible for the drug dealers to co-opt political powers in some countries of the region (e.g., Guinea-Bissau), thereby weakening the progress achieved in democracy and economic development. Fishing rights are also sold off by governments to foreign companies.
There is illegal fishing with consequent damage to the environment and the drug trade. All of these are factors that impoverish and render insecure the waters of many African countries. Another series of threats involves illegal fishing that is made legal.
Foreign companies, not infrequently Chinese, have succeeded in many governments of coastal countries to sign contracts which, in reality, allow them to plunder the fishing resources. 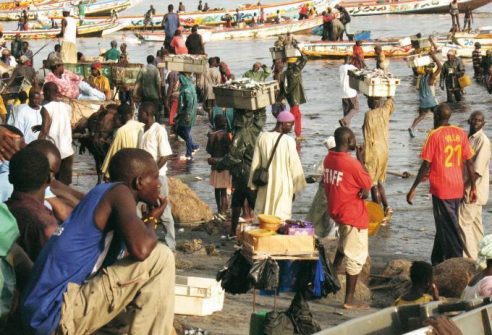 According to Ian Raby, head of research in maritime law at the African Centre for Strategic Studies based in Washington, “Many African countries have compensated for the serious shortcoming of ignoring their own maritime dominion but continue to pay little attention to the protection of their limited maritime resources”.
In the strategy pursued by African countries to guarantee maritime security, it is worth mentioning the Lome Accord, adopted in October 2016, at the conclusion of an extraordinary summit of the African Union in Togo. It is an important document for safeguarding the security and development of the seas around Africa and it has been placed within the Integrated Maritime Strategy for Africa up to 2050, and adopted on 6 December 2012 by the African Union to value the enormous potential of the African maritime sector. 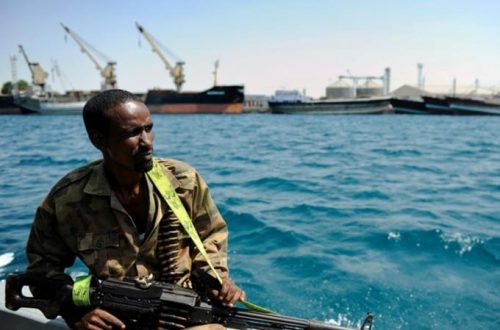 The main point of the document is the recognition that no country by itself is capable of facing such challenges to transnational maritime security and it is therefore planning for coordinated action between African states. The only problem, and it is not a small one, is that, to come into force, the Lome Accord requires ratification by at least 15 of the 33 countries that have adopted it. Up to now, it has been approved only by Togo. Nevertheless, regional cooperation has shown its effectiveness through key agreements already in force, such as the code of conduct of Yaoundé for the suppression of illegal maritime activity in the Gulf of Guinea.This code was adopted during a summit of heads of state and government of the Economic Community of Western African States (CEDEAO) and of the Economic Community of Central African States (CEEAC), that took place in June 2013 in the capital of Cameroon. The agreement represents an important model for cooperation between African countries in matters of maritime security that has now become one of the dominant factors in the general development of the continent.
(M.C.)