In the African context, Ubuntu is a religious belief which concerns the need for humans to live together positively. This belief is found throughout most of sub-Saharan Africa.

Africa on the whole did not develop a written means of communication. African traditional religion is handed down orally. Unlike the other great ancient religions, for instance Hinduism or Buddhism, unless an outsider comes into contact with the practised belief, they have no means of appreciating its depth and beauty. According to anthropologists, modern humans originated in Africa about 160 thousand years ago. Therefore, African religious belief and the spiritual concept of Ubuntu can be seen as being a very ancient and precious set of insights into the human condition that needs to be known in its beauty as much as other ancient religions are appreciated.
Central to the African way of seeing life is the concept of the ancestors. Each person is worthy of respect because they are endowed with the life of their ancestor. Each person has dignity. Each person is more than herself/himself. This implies that the ancestral spirits imbue a group of people who live together with a spirit that brings harmony and peace of mind to the group. 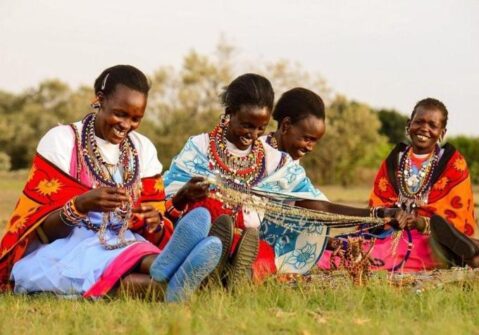 The word Ubuntu encompasses this positive feeling of wellbeing when people live together. At this time, feelings of anger and disappointment are at bay and people are invigorated and consoled. Hope is built up for the future and life’s struggles can be faced more confidently and positively. The African outlook gives people hope, confidence and strength through its belief in the ancestors because each person is more than himself/herself.
In Africa, the ancestors are seen as having given to humans a set of rules which must govern their lives. Life is positive and a blessing as long as people abide by these rules. African culture is rich in customs and rituals that serve to preserve goodness and life. There is an endless subtlety in these customs. Even African people can find themselves confused when they move to another area which might not be far away geographically but have different customs. 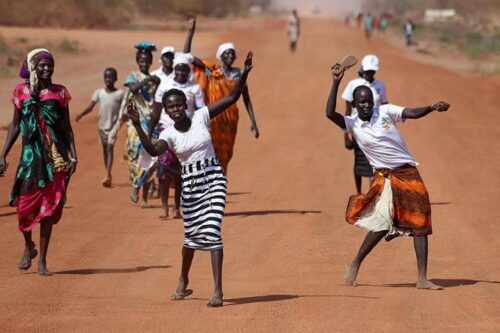 Ubuntu is an anthropocentric way of looking at life. It is a participatory humanism in which each person is seen as being experienced through the person’s relationships with others and theirs with the person. This is what recognises and establishes person-hood. It flows directly out of the saying already mentioned that “people are made people through other people.” People experience their own worth and the worth of others by living in community. Being accepted and recognised by the other is the chief source of individual self-esteem and happiness.
The African outlook gives people hope, confidence and strength through its belief in the ancestors because each person is more than himself/herself. Ubuntu is also a social security system where there are reciprocal obligations that support and protect the individual and at the same time demand commitment in return. The African outlook describes a cosmos where all is in balance. When this balance is disturbed the resulting disharmony brings misfortune and suffering. In this outlook, some things in the cosmos have more power than others. 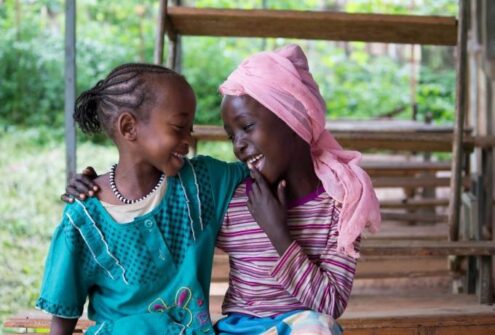 The African outlook is not interested in the different nature or the being of things. Rather it is interested in how different powers need to be kept in their hierarchy and balance. In the world of nature, human beings and the spiritual world form a unity or total community. These cannot be looked upon as separate categories because without one of them, none of the others exists. They all share in the vitality which is the true nature of all beings.The African healers and sangomas play a vital role in healing communities where there is a disruption of balance in the community. They divine the source of the disruption and they provide medications to protect the individual from the malign powers of others. 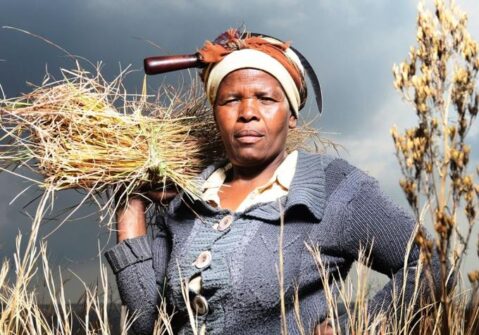 Africa brings to the rest of the world a sense that all of life has to be celebrated and shared in a communitarian fashion. The collapse of the world economic system and the subsequent suffering it has brought on so many millions of people, emphasizes the idea that too much individualism and greed, which is at the base of globalisation, needs to be checked and balanced by a more communitarian and human approach. This has been contained over many centuries in the wisdom which the belief that Ubuntu holds.

Niger. The Bororo-Wodaabe. The Beauty of Liberty.

Charles de Foucauld. The Gospel in the land of the…

Africa. Catechists. Unknown heroes and heroines of the faith.

Togo. A Voodoo is born to us.

DR Congo. Towards a permanent state of siege in Eastern…

Mali “A coup within a coup” in an increasingly fragile…

The fascinating mystery of migrations in the African skies.

Uganda. The art of dance.

Chad : Déby’s death opens a pandora box for the…

Ghana. The ghetto of the ‘witches’.

The new frontiers of music. The sound of the desert.

Africa Sahel. Nature as a hostage.

Advocacy is also defense when it acts to preserve the initial aims and values of modern discoveries. According to legend, when Vladimir Lenin was asked how…

The man-in-the-moon and his wife.

Long, long ago, the man-in-the-moon and his wife Atai, had a quarrel which led to very strange results. These two were the royalty of the skies…

The Burning And Flooding Of The Planet.

Anyone watching on television the images of burning forests, the raging floods destroying lands and villages, massive landslides burying homes and people have no reason to…