The strong demographic growth is a main driver of the decimation of the African wildlife. The African population is projected to grow from 935 million to 2,1 billion people between 2013 and 2050.

This growth is expected to generate a habitat loss for the wildlife. The growth of arable land in Sub-Saharan Africa is projected to increase by 26 % during the 2000-2030 period, partly at the expanse of protected areas since much of them are suitable for agriculture or livestock.
Commercial crops are largely responsible for the pressure, especially oil palm, the most rapidly expanding crop in Central Africa. According to the Rainforest Foundation, 1.6 million ha of new oil palm projects are planned in the Congo Basin. Yet, environmentalists claim that these plantations have a devastating effect on biodiversity because they cause fragmentation of forests which disrupt ecological processes. 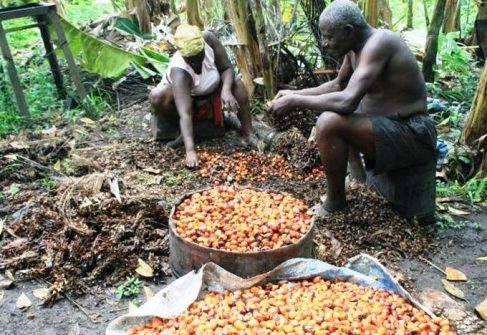 Slash and burn subsistence agriculture is becoming a serious problem since fallow periods are shortened as the human population grows and more land is required for production. The demand for meat is exacerbating the conflict for pastures between wild animals and livestock in Southern Africa. The control of foot-and-mouth disease led to the erection of fences across vast areas to control movements of game and cattle, which reduced the sustainable densities of wildlife.
In Central Africa, climate change has pushed the cattle herds southwards for access to water and pastures competing with wildlife. According to Baudouin Michel, the migration of cattle herds from Chad and Sudan has caused problems for the conservation in the Shinko National Park in the Central African Republic.Industrial logging is another threat in Central Africa. It is generally selective for high-value species with average extraction rates of four trees per hectare. But it provokes secondary damage since the roads needed for the extraction of trees open the way to poachers and charcoal traders. 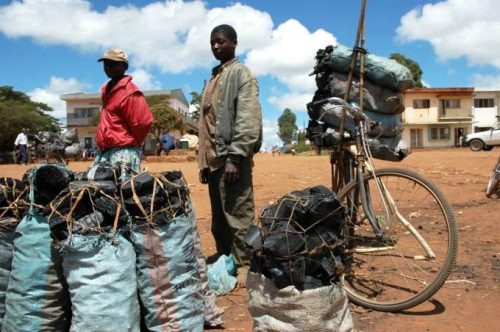 The demand of woods fuels, pulled by the population growth exerts an even larger pressure on the habitat. Fuelwood and charcoal represent 90 % of all wood removal from the African forests. The need for it arises from the low electrification rate. The effect is damaging in Somalia which exports illegally huge charcoal quantities.
According to a UN report released in 2014, this trade constitutes an annual revenue of US $ 50 million for the Al Shabaab militias while attempts to regulate this activity are ineffective, partly because of  the complicity of Kenyan occupying forces. (F.M.)