The EU’s plan of an oil embargo on Russia and to reduce its gas imports from this destination is offering opportunities to African oil and gas exporters. But only to a certain extent. Limited infrastructure prevents Africa to provide a complete alternative in the short-term.

Since the beginning of the war in Ukraine, the EU is trying to diversify its energy supplies from Russia. Concerning natural gas, the EU is so dependent that it cannot afford sanctions. During the first quarter of 2021, Russia’s share of the EU market reached 46.8 %, ahead of Norway (20.5 %) and Algeria (11.6%). Russia’s grip on the market is enormous.
Gazprom is keeping prices at a historical high. Since last autumn, it doesn’t supply additional quantities on the Rotterdam spot market. It also retaliated to EU sanctions by cutting exports to Poland and Bulgaria. At any rate, during the first quarter of 2022, Russia sold less gas to the EU but cashed more money from its sales. 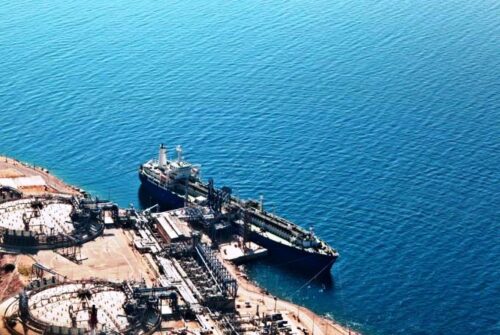 There have been attempts to diversify supplies. In 2022, the EU will be importing 15 billion cubic meters (bcm) of liquefied natural gas (LNG) from United States and might raise imports by 50 bcm by 2030, according to a deal signed in March 2022.
But US supplies alone cannot solve the problem since Russian supplies are three times higher (155 bcm).
The EU is also negotiating with gas producing countries about expanding LNG supplies. Following the visit to Algiers in late February of the Italian Foreign Minister, Luigi Di Maio, the Italian corporation ENI signed on the 11 April an agreement with Algeria’s state-owned company Sonatrach to import up to 9 bcm/year more gas through the Trans-Mediterranean-Pipeline via Tunisia, bringing Algeria’s supply to Italy to 30 bcm in 2023.
The EU also turned to Nigeria as alternative. When the war was looming, in February, the European Commission Vice-President Margrethe Vestager and the Nigerian Vice-President Yemi Osinbajo agreed to explore options for increased supplies of LNG to the EU.
There are also grandiose plans for the future, but they might not materialize soon. On the 17 February 2022, Nigeria, Niger and Algeria signed a common declaration for the development of the Trans-Saharan Gas Pipeline (TSGP) which aims to export up to 30 bcm to the Mediterranean area. A rival project under discussion is the expansion of the West African Gas Pipeline (WAGP) along the Gulf of Guinea to Morocco. But experts consider both projects as hypothetic. Their implementation could take years and the security context is extremely adverse owing to the jihadist threat in the Sahel region. 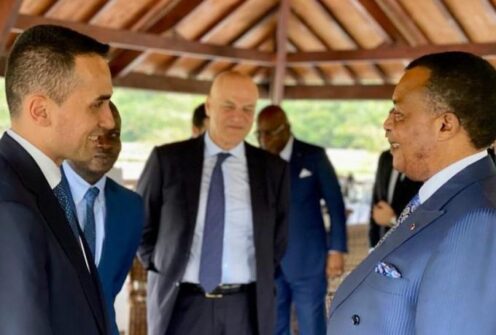 In April 2022, the Italian Foreign Minister, Di Maio announced another deal between ENI and Congo-Brazzaville which would allow a new LNG project to start up in 2023 with a capacity of up to 4.5 bcm a year.  During the same month, ENI inked also an agreement with Angola to import an additional 1.5 bcm/yr to help Italy’s efforts to reduce its dependence from Russia which supplied in 2021 over 40 % of its imports. The crisis could accelerate as well the implementation of projects in Mozambique and Tanzania with the construction of new LNG trains. Tanzania, which has Africa’s sixth-largest gas reserves is working with Shell to carry out the huge Lindi liquefaction project LNG scheme. Mozambique, one of the world’s most prospective gas regions with 2.8 trillion cubic meters, accounting for 1 per cent of global reserves, is another option. But the jihadist insurrection in the northern gas-rich Cabo Delgado province, hindered progress on a projected US$50 billion project, led by ENI, TotalEnergies and ExxonMobil in the Rovuma Basin. Exports should not occur before 2027. Equatorial Guinea sees itself as a regional gas hub to supply Europe while Mauritania and Senegal have high hopes for their Great Tortue Ahmeyin LNG development, writes the UK-based Africa Energy bulletin. In addition, current gas fields developments and an ambitious exploration program may allow Egypt to remain a net gas exporter from its LNG terminals. 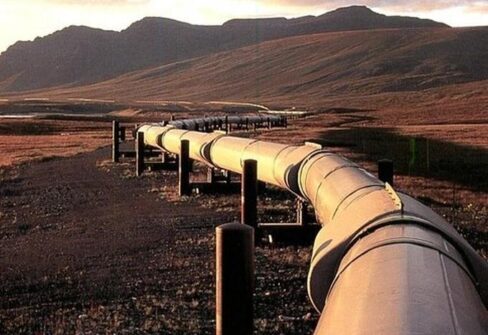 However, there are limits to these diversification attempts. According to Benjamin Augé of the Paris-based French Institute for International Relations (IFRI), everything that can be exported on the world markets is already being exported, except Iran’s production. In other words, there cannot be a short-term solution to fully compensate a halt of gas imports from Russia.
Moreover, Africa’s potential contribution is limited compared with Russia’s reserves. According to British Petroleum’s Statistical Review of World Energy, in 2020, Russia and other CIS states accounted for 30.1 % of the world’s natural gas reserves as against 6.9% for Africa. Russia represented with 638.6 bcm 16.5 % of the world production, nearly three times more than Africa’s total of 231.2 bcm, including Algeria (81.5 bcm), Egypt (58.5 bcm), Nigeria (49.4 bcm) and Libya (13.3 bcm).
Considerable investments are required to construct pipelines to provide access to Europe. There is also a lack of investment in gas production, says Anne-Sophie Corbeau, global research scholar at the Columbia University. Africa must also liberalize the energy sector to address the infrastructural crisis. African Energy also stresses that Algeria’s gas output is hampered by significant production problems.  Algeria is confronted to difficulties to step up its production, owing to a halt of investments triggered by taxes on exceptional profits which deter companies to develop new capacities.
As a result, large amounts of extra gas are unlikely to be available in the short-to-medium term. Algeria’s gas output has even decreased from 93.8 bcm in 2018 to 81.5 bcm in 2020. 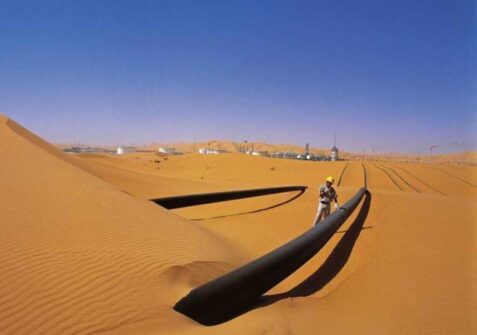 Plans to use the Medgaz pipeline to Spain whose capacity may reach 12 bcm/year are obscured by the sudden deterioration of relations between Spain and Algeria. Indeed, on the 27 April 2022, Algeria threatened Spain to stop its gas supplies through the Medgaz pipeline if Madrid sells gas to Morocco, after Spain declared on the 18 March 2022 that it was henceforth supporting Rabat’s sovereignty over the former Spanish Sahara and Madrid’s announcement that it plans to supply gas to Morocco through the Maghreb Europe Pipeline (GME). The Algerian authorities warned that any sale of Algerian gas to another destination than Spain would be a violation of the supply contract and could lead to its cancellation. Alternative sources of supply to Europe are also confronted with the lack of gasification terminals in the main EU economy, Germany, which puts limits to LNG exports to the EU.
In February 2022, the German Chancellor Olaf Scholz announced to the Bundestag, the government’s decision to fast track the construction of the 8 bcm Brunsbüttel terminal near Hamburg, of the 10 bcm Wilhemshaven terminal and of a 12 bcm third facility called Stade Import. But the completion of these projects could take between three and five years.

Africa oil
Concerning oil, the dependency rate from Russian crude is also high with a total of 29% in 2020, according to the EU statistical office Eurostat, well head of other suppliers such as the US (9%), Norway (8%), Saudi Arabia and the UK (8% each), Kazakhstan and Nigeria (6%)
However, due to the greater flexibility of the transport of oil and petroleum products, the European Commission thinks it can diversify more easily the EU’s oil imports than the gas one, which can only be very progressive and could take years to change the trade flows. This is why, on the 4 May, it proposed a phased embargo of Russian oil, in order to tighten its sanctions package against Russia.  Despite proposals of derogations until end 2023 to the most dependent countries from Russian oil, Hungary, Slovakia, the Czech Republic and Bulgaria are against the embargo because of its potential damage to their economies. Malta, Greece and Cyprus are concerned on the effect of the embargo would have on their oil tankers’activities. 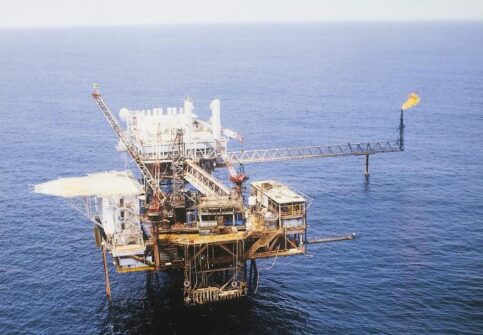 In the event of an EU embargo, problems remain. Refineries running on a specific type of crude, such as Russia’s prime export grade Urals, need to be revamped to accommodate other types of crude including West African ones which can be blended but this can change their yields. In addition, African producers can only substitute Russia as suppliers to a certain extent. Altogether, they only account for 6.8 million barrels of the world production, well behind Russia (10.6 m. barrels).
Nigeria, Africa’s largest oil producer, is facing serious production challenges. It had to close recently a number of oil wells to keep criminals at bay. For many months, Nigeria has produced 20 % less than capacity due to oil bunkering. At the moment, Nigeria is unable to meet its OPEC quota of 1.73 million barrels per day, according to the OPEC monthly oil market report for April 2022, Nigeria’s production only reached 1.35 mpbd in March. 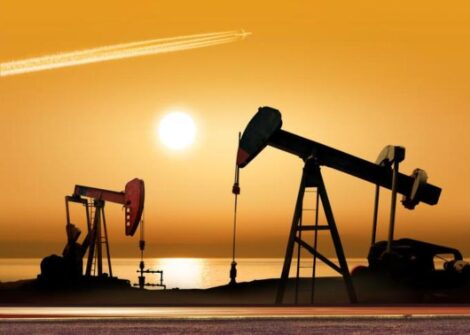 Libya is struggling to meet its production targets and has not yet recovered the level achieved before the destructions inflicted by NATO countries in 2011.
Soaring oil prices cast doubts about the embargo’s efficiency on Russian economy. Indeed, since last December, the Brent price rose by 68 % from 79 $/barrel to 113.3 $/b on the 6 May 2022 while the gas price more than doubled during that period.
OPEC members including African producers have no interest to increase their output because of the negative effect it could have on world prices. Moreover, OPEC members have an agreement with Russia and Central Asian partners, to constrain supply growth to 0.4 mb/d per month. In particular, Africa which produced 6.8 million barrels in 2020 or about 7.7% of the world total, behind Russia whose share on that year was 12%, faces infrastructure constraints which limit its ability to supply Europe with energy products. (Open Photo: ©khunaspix/123RF.COM)