Clearly, Great Britain has played a fundamental role in the emergence of modern Oman, considering it a priority because of its oil and its geographic location in the middle of the some of the world’s most important trade routes.

Their relationship dates back to the mid-17th century when the East India Company established a base as it traced a route for its imperial interests in Asia. The political and commercial Omani-British relationship also meant that Omani sultans have studied in Britain (the first started in 1913). Qaboos ibn Sa’id, who came to power in 1970 and who died in January 2020 studied at Sundhurst 2 Military Academy.
By the 1960’s, after the riots of the 1950s suppressed with British help, there was a more intense rebellion that occurred in the fertile Dhofar region – once famous as the world’s leading producer of frankincense. As Dhofaris migrated to other parts of the Gulf in search of work, they came into contact with radical ideas. They also felt a sharp contrast in the living conditions they had at home and those of the rapidly evolving neighbors. In the Sultanate of Oman, in the 1960’s living conditions were bad, as the Sultan purposely prevented progress.
Most people were illiterate. And any impetus for reform was repressed by the British backed Omani military. 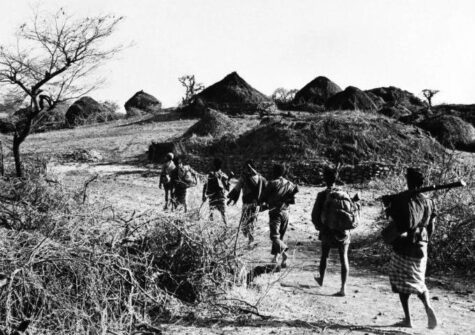 The Dhofar Rebellion started in 1963.

By 1965 opponents of Sultan Said bin Taimur came together to form the Dhofar Liberation Front (DLF) with the backing of the neighboring Democratic People’s Republic of Yemen (South Yemen). The DLF wanted to overthrow the Sultan and expel his British advisors.
Using guerrilla tactics, the DLF resisted years of bloody battles such that by June 1970, they had the upper hand over the Sultan’s forces. They had even succeeded in gaining control of some oil fields near the Strait of Hormuz. The failure on the government side led to the installation of Sultan Qaboos, who led a coup against his father Sultan Sa’id. The war lasted until 1976, when with English help, the sultan managed to suppress the Dhofar rebellion. 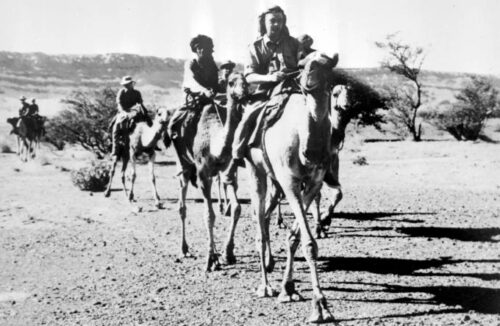 The British soldiers from the Special Air Service on patrol in Oman in 1961.

The Shah of Iran, who was the most powerful American ally in the Persian Gulf region at the time, sent some 3,000 troops to help Sultan Qaboos fend off the Dhofar rebels. Iran’s help would establish the close ties to that country that have persisted to the present day. More significantly, perhaps, Sultan Qaboos defeated the Dhofar rebels by noting some of their legitimate grievances. Thus, not only was he using military means, but also social and economic ones. Upon ascending to the throne on 23 July 1970, the Sultan decided to radically modernize the country – which had been the poorest in the Arabian Peninsula. He increased oil exports in time to take advantage of the surge of oil prices in the wake of the 1973 embargo. Qaboos also formally changed his country’s name to ‘Sultanate of Oman’ from ‘The Sultanate of Oman and Muscat’ to symbolically wash away memories of recent divisions. The oil revenue allows the Sultan to encourage education of youth, road and infrastructure projects.

Sultan Qaboos, the new era
Sultan Qaboos bin Said died on 10 January, 2020 after a long illness. After Qaboos’s fifty-year reign of his predecessor, successor Haitham will have to find a balance between upholding diplomatic continuity while balancing delicate social and economic reforms.
Qaboos proved to be an enlightened sultan. 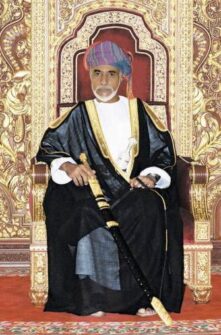 Thus, did Oman inaugurate a new era, characterized by steady (if not as rapid as its neighbours) modernization, economic development and diplomatic transformation in regional peace broker. These three elements have allowed the Sultanate of Oman to thrive. But, unlike many countries, which decide to adopt ambitious recipes for growth and success, Sultan Qaboos built his strategy, building on the traditions that had long been established in Oman. And in that regard, Oman’s culture and approach to the practice of religion (in an area where the three main monotheistic faiths of the world were born) have served as an essential foundation upon which to build a country. Qaboos was succeeded by his 65-year old cousin Haitham bin Tariq Al Said, the former Minister of Culture on January 11, 2020. Haitham has held various government roles, including minister of culture. The speed with which the successor to the throne was announced suggests – Qaboos had no children – suggests that he had been picked for the role well in advance. Indeed, the most reassuring aspect for those who want to see Oman continue along the path set in 1970 is that Haitham has served as head of the committee that oversees the reform effort known as Oman 2040. 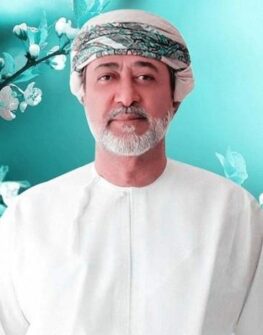 As its neighbors have done, Oman has also launched a transformation plan, or a vision, aiming to shift away from oil and gas and devote more resources to developing agriculture, fishing, tourism and industry. More importantly, Oman’s ‘vision’ looks back to its maritime past, as the Sultanate has embarked on an ambitious plan to build new ports, airports, and roads to improve the infrastructure of trade. As for foreign policy, Haitham said he wanted to act in continuity with his predecessor. But he will have to face deepening challenges. He will have to protect Oman’s mediating role in numerous regional crises, not least that between Iran and the United States, while key members of the GCC pursue diplomatic relations with Israel. Yet, the biggest challenges are domestic. The coronavirus pandemic has caused global oil demand to drop amid a Saudi led price war. The global drop in the price of oil in recent years has left Oman with a budget deficit of 6.4 billion dollars. While, Oman’s oil production has not been as dense as it has been in other GCC countries. But, just as the other GCC countries, Omanis may have to endure a drop in living standards. The Pandemic and falling oil revenues have also prompted a reconsideration of ambitious social pact and the very idea of citizenship. The street protests that affected the country in 2011 led the government to respond with an increase in jobs in the public sector, contrasting with what is required by the economic reform plan.
As it moves away from oil, the new cornerstone of Omani’s economy, as outlined in the Vision, will be China. Oman shall manage a growing relationship with China in the context of the latter’s Belt and Road Initiative. Oman was the first country on the Arabian Peninsula to sign an agreement with the Asian Infrastructure Investment Bank (AIIB) in January 2017 to obtain a $265 million loan to build infrastructure in the country. Beijing is fully involved in the development project of the Duqm Special Economic Zone, on the southern coast of the country. 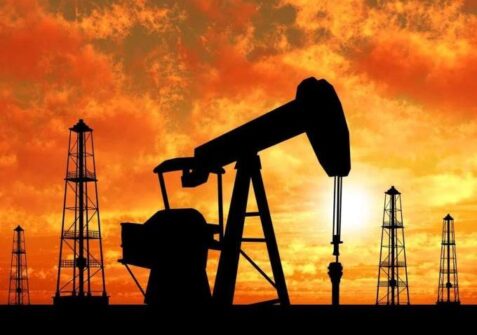 But China’s growing involvement in Oman, and fears that the deep-sea port of Duqm could one day even as a base for the Chinese navy. Therefore, the new Sultan Haitham bin Tariq Al Said’s main challenge may end up being to perform a balancing act between China and the United States. Nevertheless, Sultan Qaboos managed to secure popular support by promoting high employment practices, made possible through the country’s oil wealth. The public sector was swollen with civil servants. While, the effects were often highly reassuring – meticulous roads, gardens and services – the policy of full employment for the population has come under pressure. While the public sector is full, the private sector relies on immigrants (from India, Pakistan, Sri Lanka and other Asian countries) which now represent some 45 per cent of the population). As welfare can no longer be distributed to the population in general, presently unpredictable oil prices mean that the potential for social unrest – due to the breaking of the ‘social contract’. (A.B.)